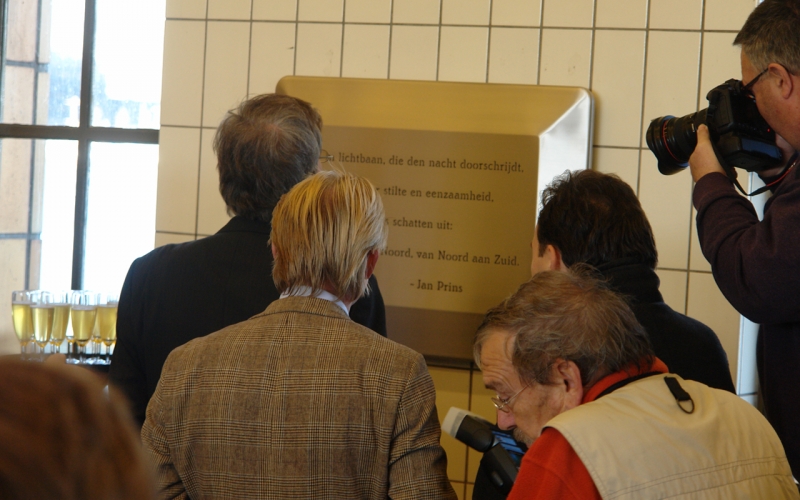 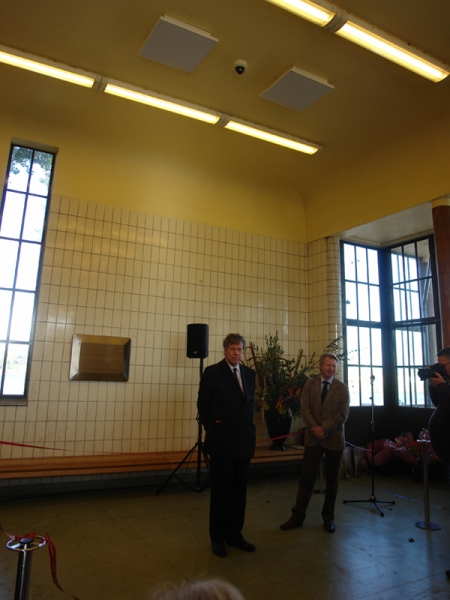 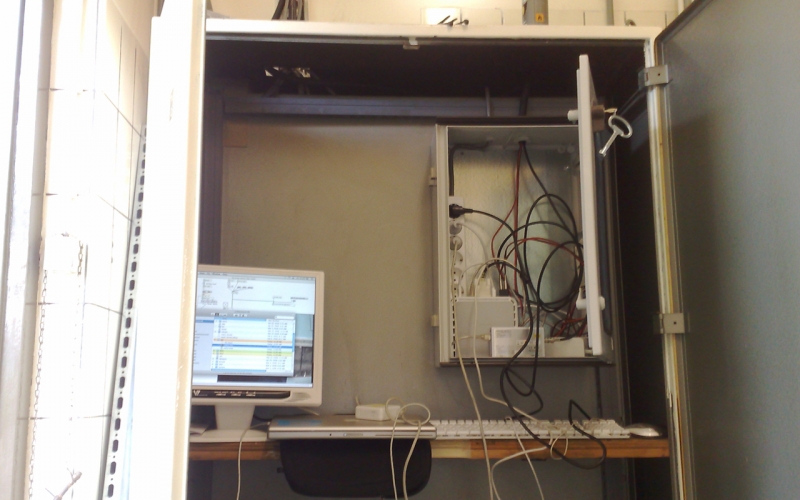 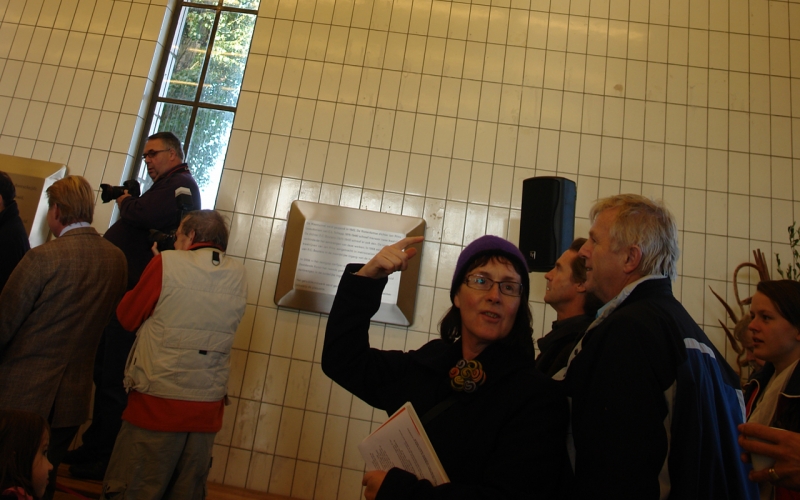 In 1942 the Maas Tunnel was opened in Rotterdam. The Rotterdam poet Jan Prins (1876-1948) wrote two quatrains for this (a quatrain is a poem or a stanza of a poem of four lines of verse and two rhymes). The poet PC Boutens (1870-1943) also wrote one. Both assignments were awarded by the Rotterdam 1939 Foundation and the Nederlandsch Kunstverbond, Rotterdam department. The war prevented the installation of the works. In 1968 one of Jan Prins' quatrains was given a place in the Rijnhaven metro station. From now on, that of Boutens graced the northern entrance of the Maastunnel. As part of the Pact op Zuid's “Icons en Entrees” program, in 2008 CBK Rotterdam had Prins's second poem in word and sound applied to the southern entrance of the tunnel. This poem could be heard through the sound system from the mouths of various Rotterdammers. They each read a line from the quatrain:
A light lane that runs through the night,
A path through silence and loneliness,
I deliver life's treasures:
From South to North, from North to South.
The work was interactive; as visitors moved through the tunnel, they heard the speech becoming polyphonic. The accompanying plaques were made by graphic designer Bart Oppenheimer. At the end of 2012, the sound system with accompanying plaque was removed. Only the plaque with the above pointer line is still present.

Rnul is a multimedia agency that focuses on interactive uses in public space, whereby the public becomes part of the artwork. Rnul is from Aart Muis (Rotterdam, 1980) and Rob Donkers (Gouda, 1977). They both studied at the Willem de Kooning Academy in Rotterdam.