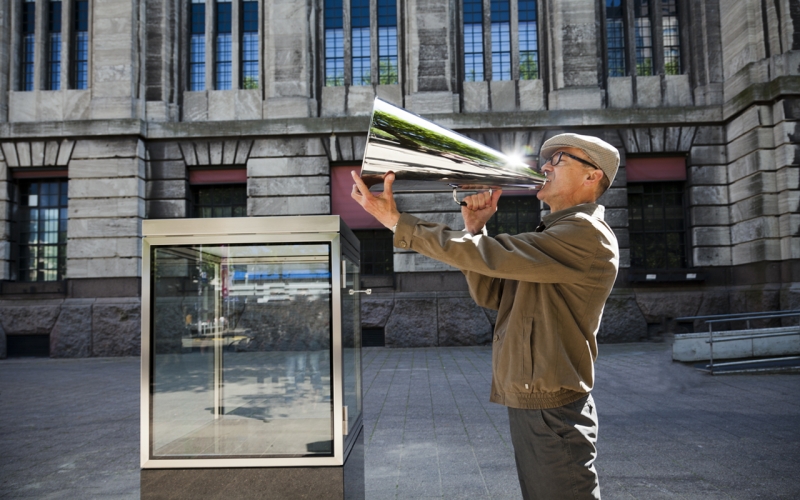 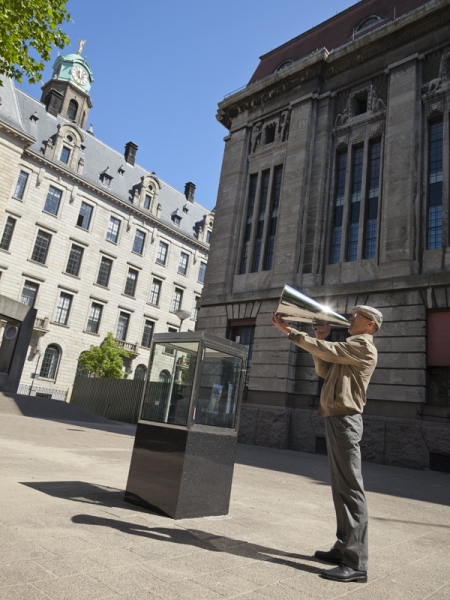 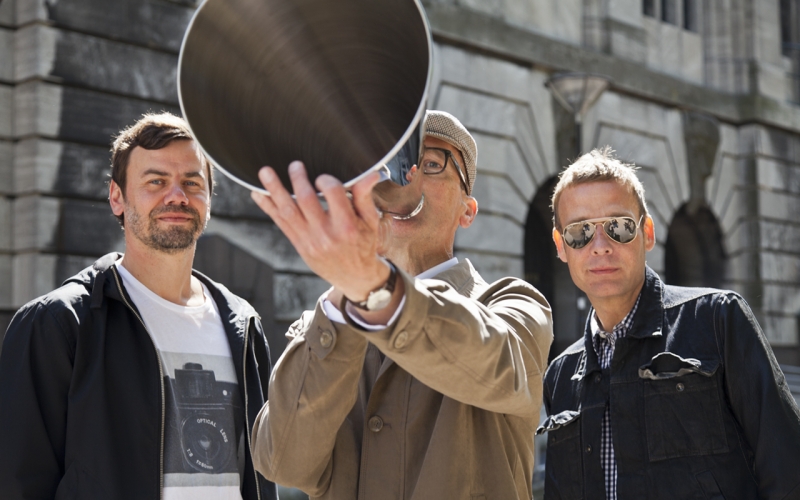 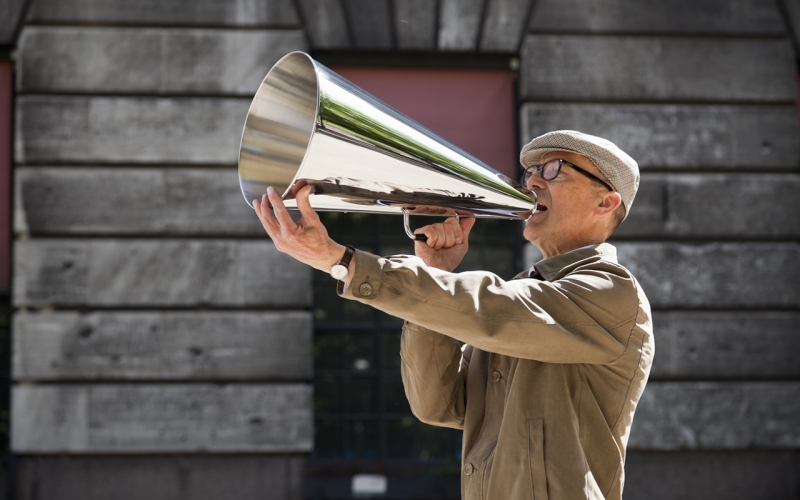 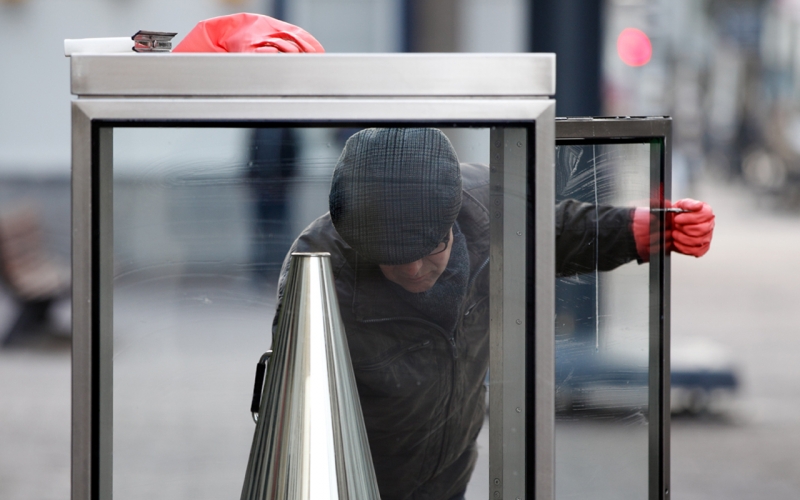 The Scandinavian duo Michael Elmgreen and Ingar Dragset became known with a series of works entitled Powerless Structures, in which they have conventions of the stereotype white cube as an exhibition space, by displaying gallery spaces that were turned upside down, sunk into the ground or hung from the ceiling. Their extensive, theatrical installations hook into the social codes of the public space of the city or museum. With a cross between architecture, design and performance, they create alienating, spatial installations. At the Venice Biennial in 2009 they transformed two pavilions into a home of art collectors, in which macabre scenes took place: an ironic relationship between the biennial as an art institute, exposing the art market and the world of power and wealth. In 2011 they set up a solo exhibition at the Onderzeebootloods and commissioned by SIR to create this performance sculpture for the Coolsingel that also hooks into the conventions of the art world. In a display case, often found in cities as a display of shopkeepers, there is no work of art, but a megaphone with which a personal, political and everyday apple is presented to the passing public. A 'powerless gestureyou can call it. For two years a man appeared every day at the display case, opened the door, took out the megaphone and blared across the Coolsingel: “It's never too late to say sorry!”. This performance was repeated every day at noon every day since the opening. Nowadays, the performance only takes place on Wednesdays at noon. For more information: Sculpture International Rotterdam

Michael Elmgreen (Denmark, 1961) and Ingar Dragset (Norway, 1968) are a Scandinavian artist duo, known for their Prada shop in the desert in 2005 and their presentation at the 53rd Venice Biennale. They won the contest of the German Federal Government for the creation of a monument to the homosexuals persecuted under National Socialism, which has been in Berlin-Tiergarten since May 2008. In 2011 Elmgreen & Dragset exhibited in the Submarine Wharf on the RDM site, at the invitation of the Port of Rotterdam Authority and Museum Boijmans Van Beuningen. At the same time as the opening, a performance sculpture by SIR was unveiled on the Coolsingel.