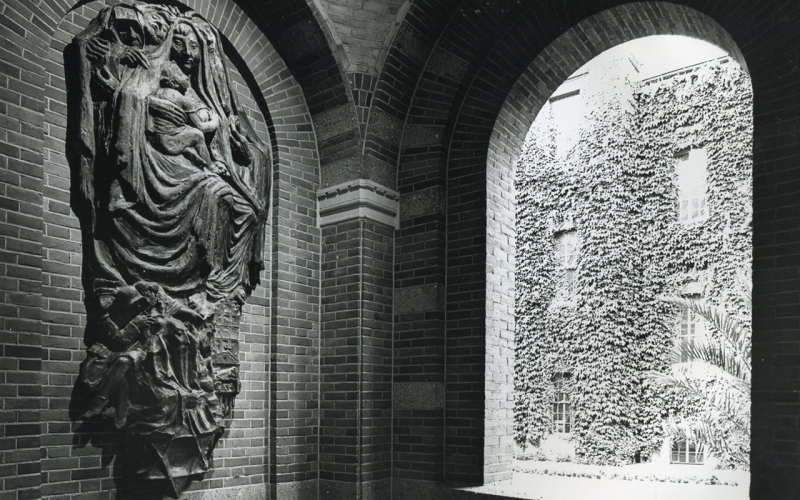 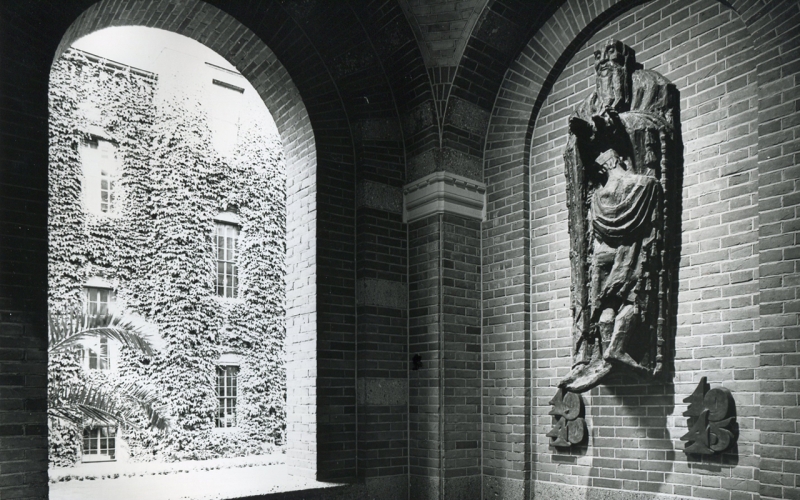 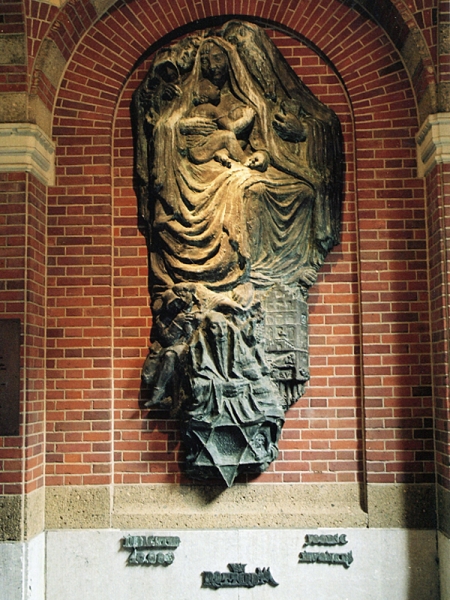 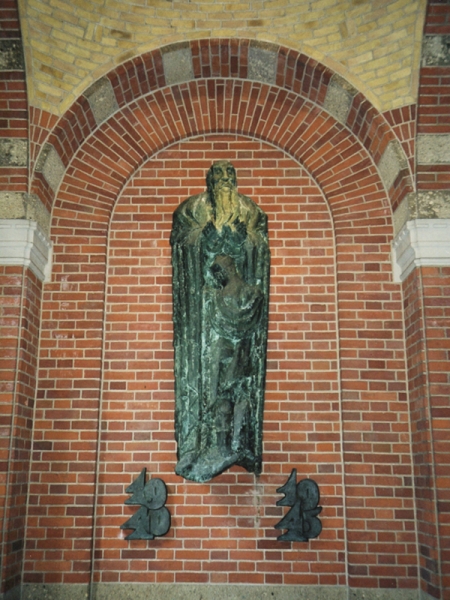 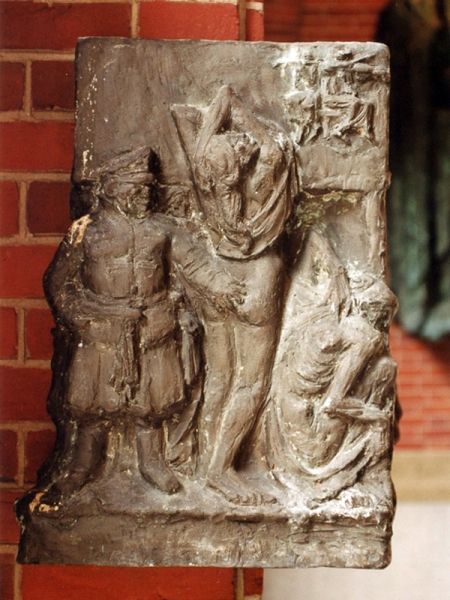 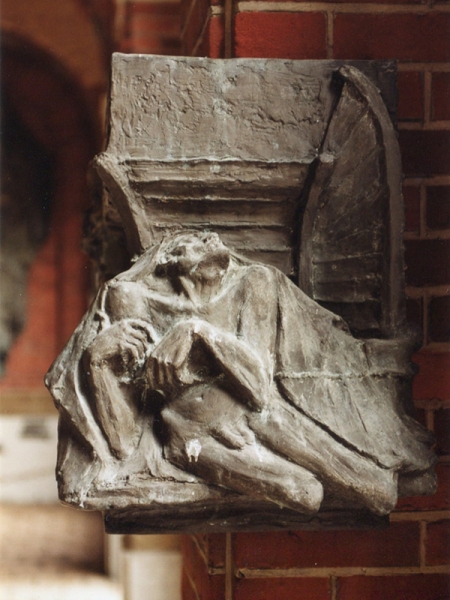 The Jewish Monument in memory of the more than 12.000 Rotterdam Jews who were deported during the war, is located in the courtyard of the town hall. This monument was initially located on the facade of the synagogue at ABN Davidsplein in Blijdorp. The sculpture group was unveiled there on September 20, 1967. But within 24 hours, the statue had to be removed again, as some Orthodox members of the Jewish congregation objected under the Second Commandment, which forbids the making of graven images. Finally, in 1979, it was decided, after long negotiations between the sculptor Loeki Metz, the Rotterdam Art Foundation as client and the Committee of Honor to the dead Jewish fellow citizens, to relocate the monument under the arches in the town hall garden. It Jewish Monument was adapted by Metz to the new location, where Queen Beatrix unveiled it on October 27, 1981. Click here  to take a virtual tour of the town hall and garden and the Jewish Monument to watch.