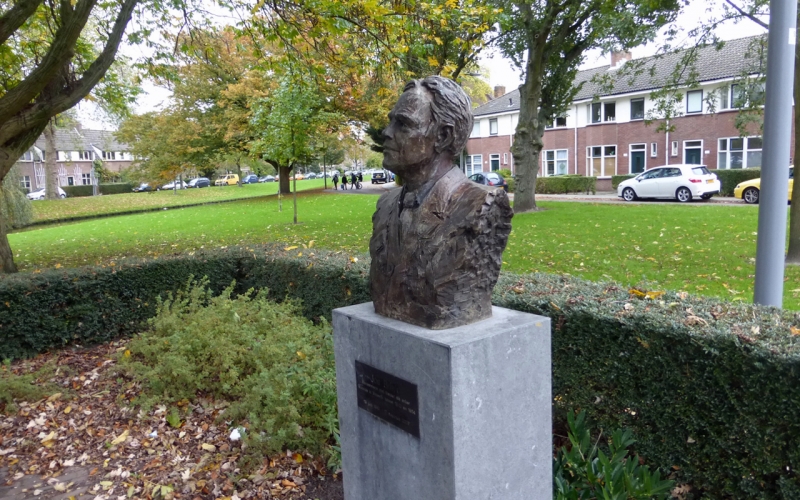 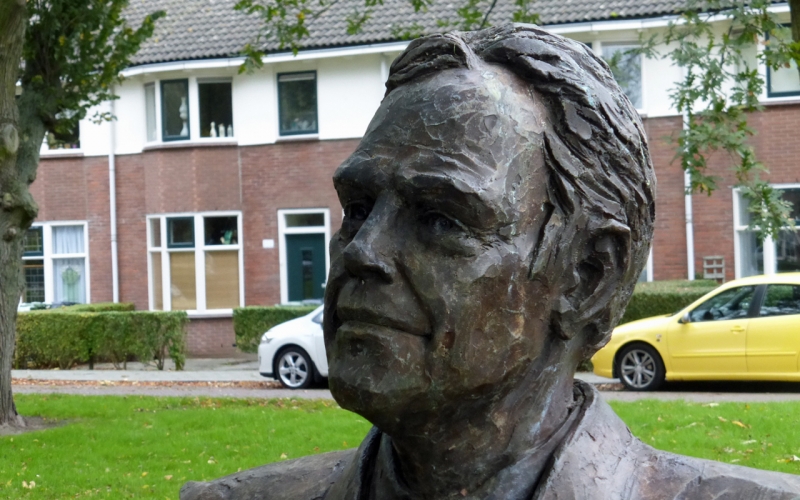 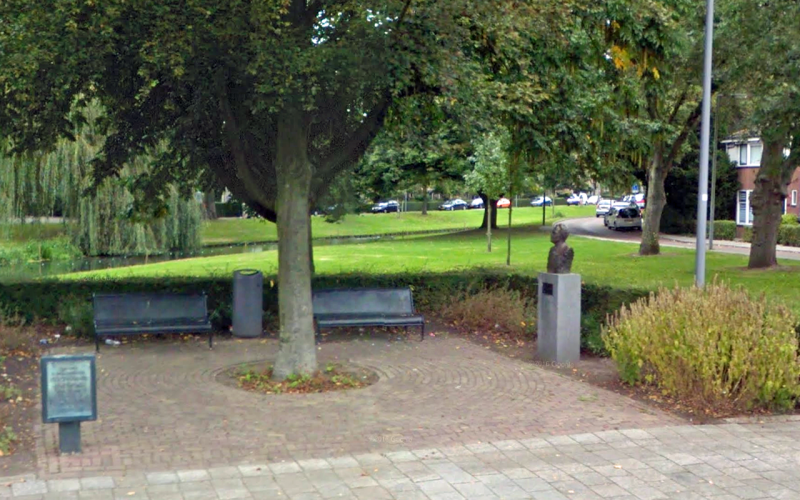 Jos Brink (Heiloo, 1942 - Amsterdam, 2007) has been a comedian, presenter, musical star and producer. After World War II, he moved with his parents and brothers to Rotterdam, where he grew up in the Tuindorp-Vreewijk neighborhood. On the initiative of the Vreewijkers Bep and Tinus de Does, the Rotterdam sculptor Rien van Galen was commissioned to make a tribute for Jos Brink, who died in August 2007. The bronze bust was realized by housing corporation Com.Wonen and the Feijenoord district. Van Galen, who has lived in Vreewijk all his life, based the bust on photos and video images of the television presenter, and wanted to portray him as a serious man (so in a suit) but with a cheerful side (smiling face), because Brink was also a pastor and counselor. Brink wrote the song Tuindorp Vreewijk about his childhood in Vreewijk. The bust was unveiled by André van Duin on August 30, 2010.

The sculptor Rien van Galen (Rotterdam, 1946), who works in Rotterdam, makes both abstract and figurative images. Van Galen works with ceramics, bronze and glass. He makes portraits with a good resemblance and also models animals such as dogs and horses.