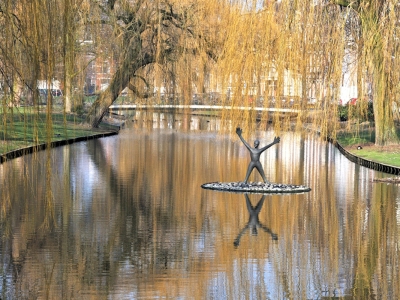 In the city / The young man on the island Henk Visch 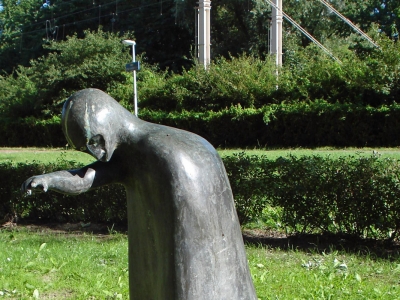 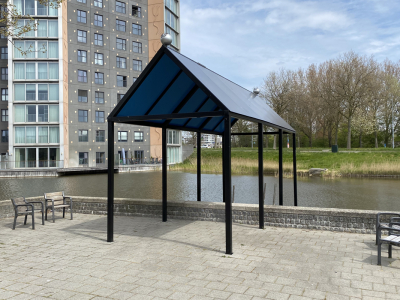 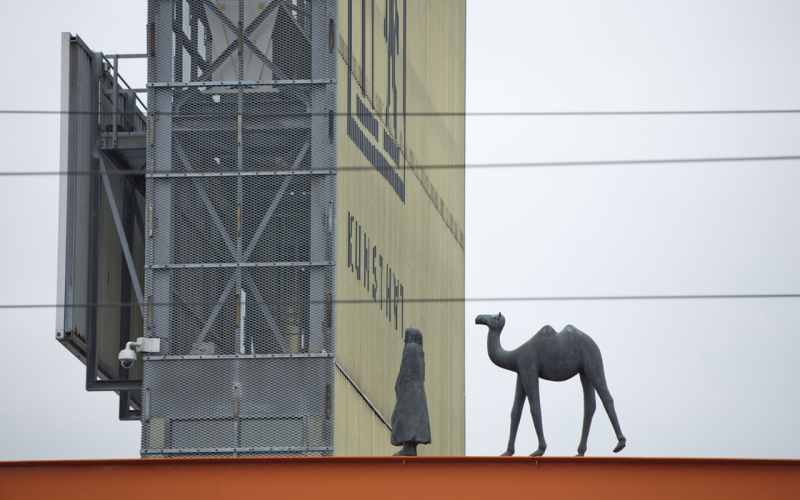 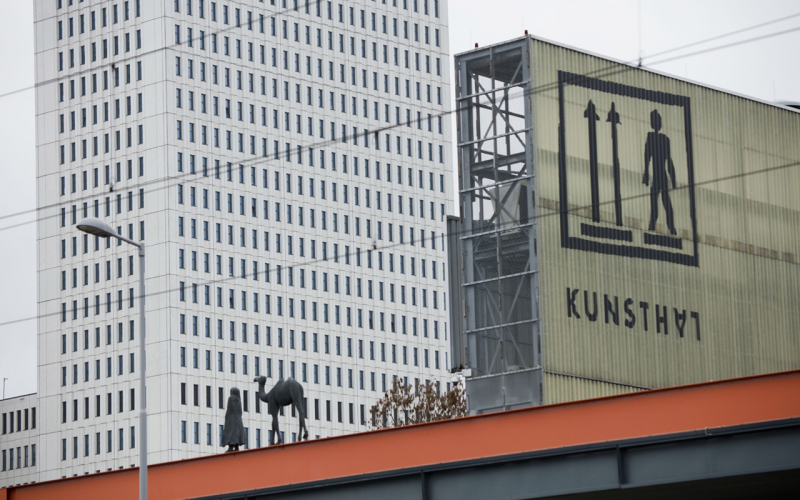 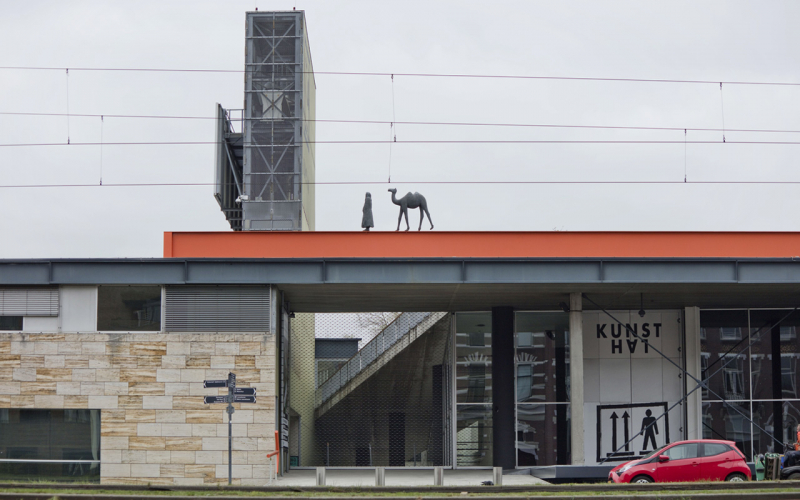 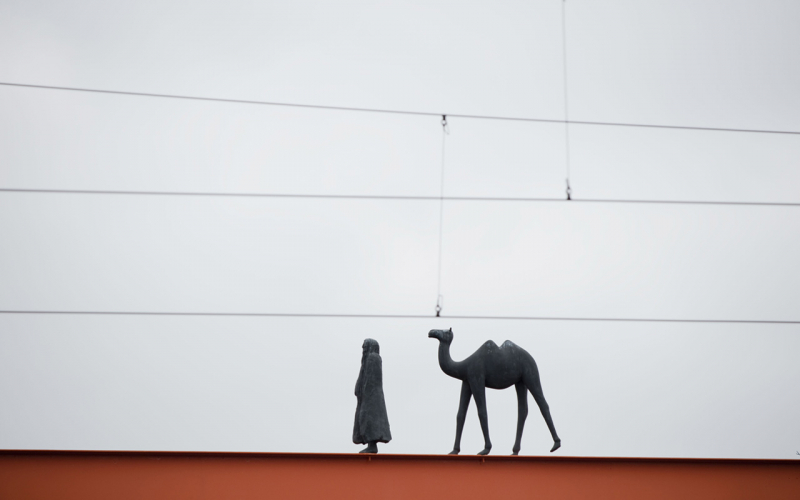 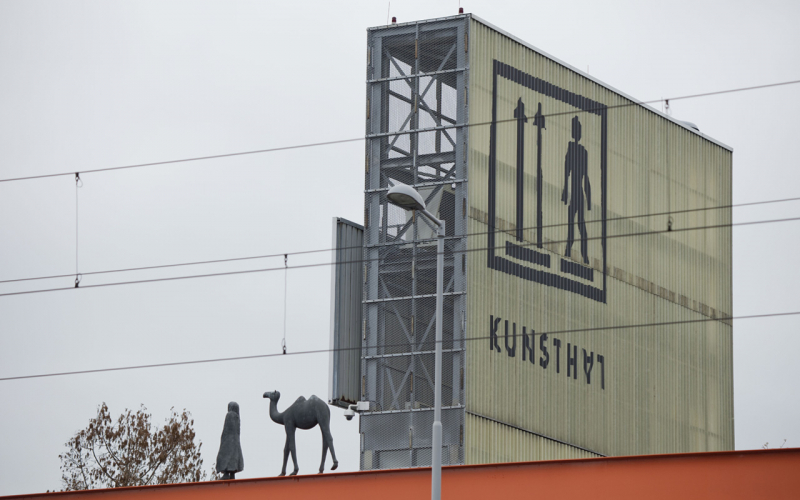 In 1990, this work of art by Henk Visch was chosen as an extra accent for the then unbuilt Kunsthal by architect Rem Koolhaas. The intention was that the sculpture would be given a place in the space around the Kunsthal. That space had to be very special: a large, rough, blue concrete surface with a desert-like character in which at one of the corners of the building the bronze Camel and companion would be placed. The images had to be realized at about eighty percent of their life size. Artist Henk Visch explained the project as follows: “The theme of Camel and companion is exotic, alienating and out of place, because it refers to a world where different ideas and customs prevail. This misguidedness is reinforced by the measures, which give a feeling of 'too small'. Yet it is a realistic theme, measured and compared to something that exists in reality, but identification (in this case with the guide) is blocked by the misplacement of the whole. In other words, the idea of ​​misplacement is conveyed. This suits the 'Greater City' where change and movement make great demands on the flexibility of the imagination; the acceptance of 'strangeness', the other that is never the same. ” There were practical objections between dream and deed, because the concrete 'desert plain' would make underground pipes inaccessible. In order to ensure sufficient alienation, six months before the opening of the Kunsthal in October 1992, the Camel and companion finally a place on the roof. Four years later, an image of Henk Visch was added to the surroundings of the Kunsthal.