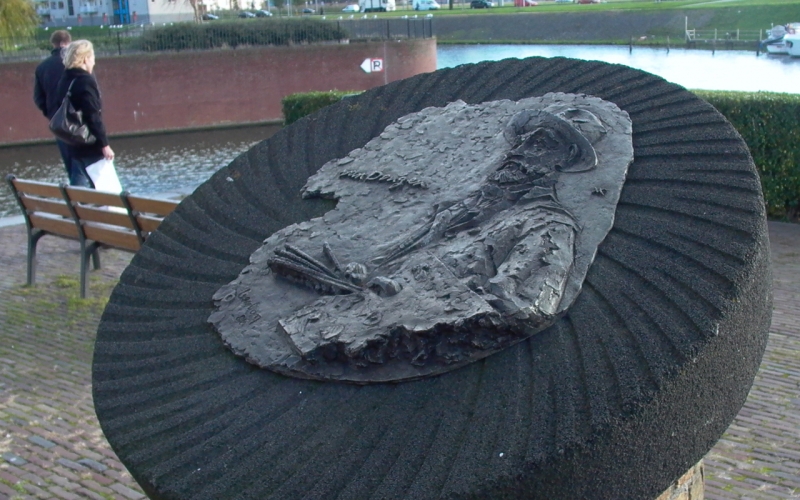 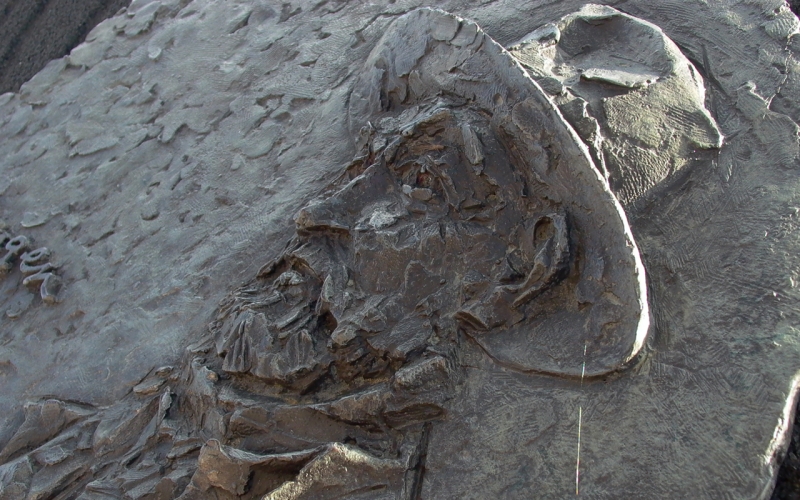 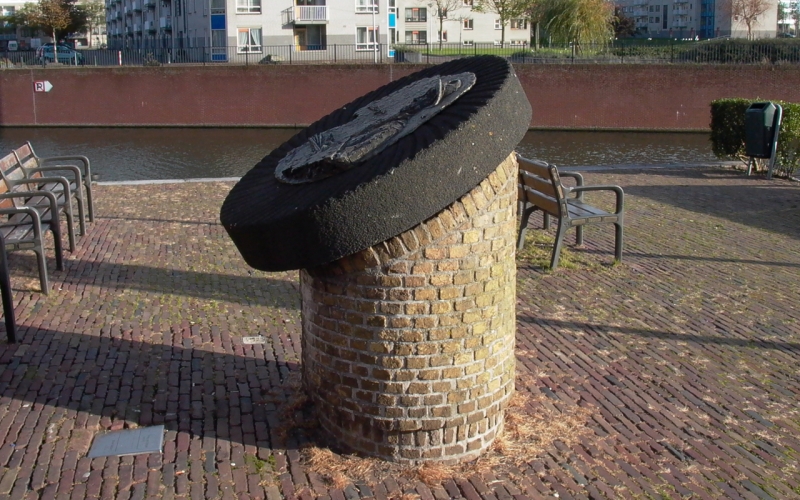 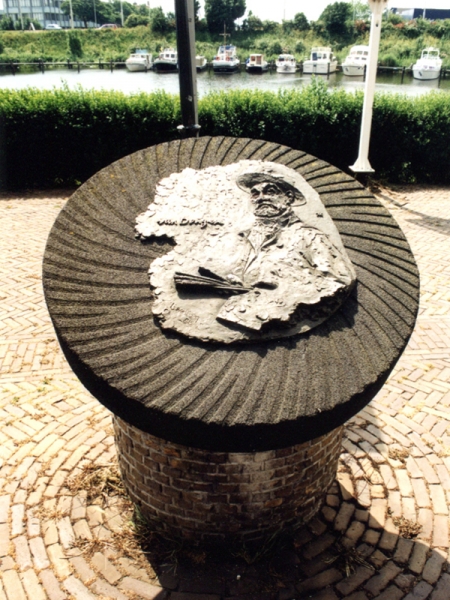 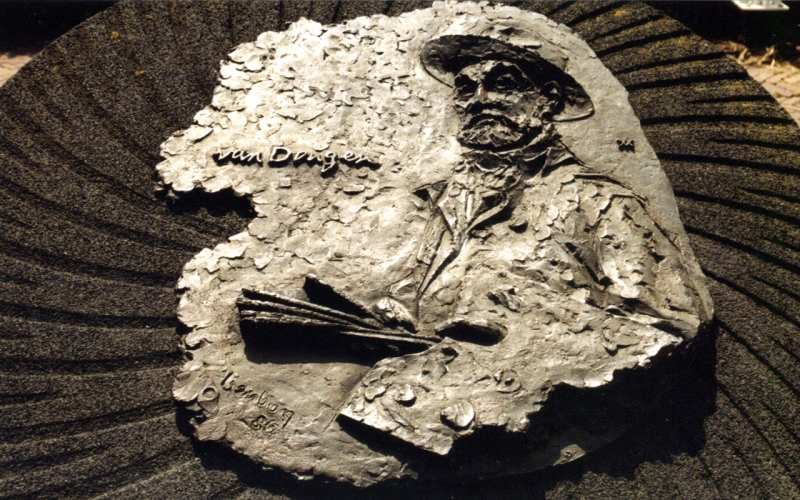 This plaque with the portrait of painter Kees van Dongen was a gift from sculptor Willem Verbon. In 1986 Verbon made the work and in 1990 he donated the plaque to the municipality of Rotterdam. Dolly, Van Dongen's daughter, unveiled it later that year at this location near the windmill on the Voorhaven. Because even though Kees van Dongen had sought affiliation with artists' circles in Paris in the early 20th century, he was born in Delfshaven. As a homage, Verbon designed a bronze relief that is glued to a natural stone circle. The whole is placed obliquely on a masonry brick plinth. Verbon's loose sketchy style resembles the painting style of Van Dongen, who built up his canvases from separate touches of color. In addition to a portrait of the painter with his palette and brushes, the plaque contains the text: 'Delfshaven, 1877 - Monte Carlo, 1968'.