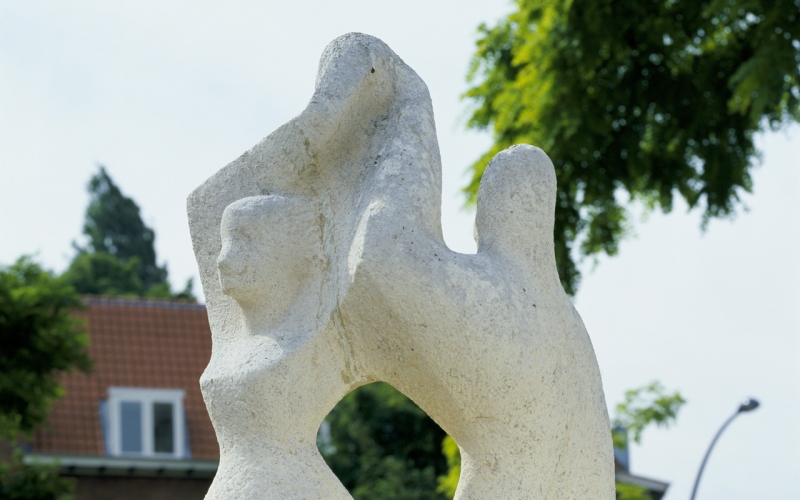 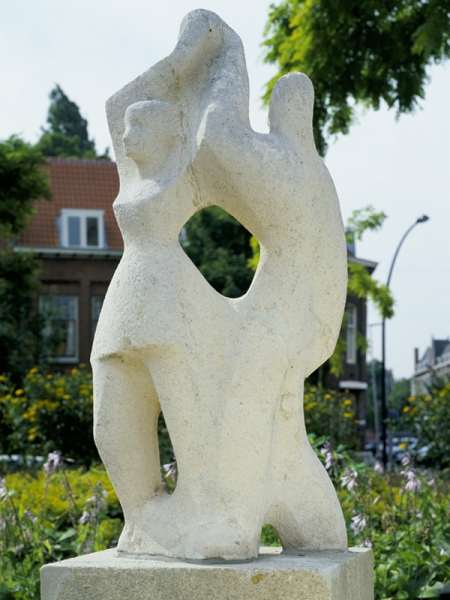 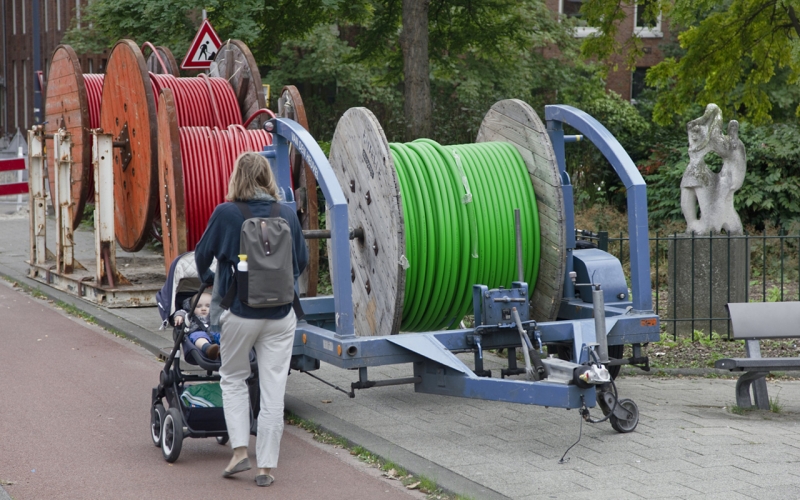 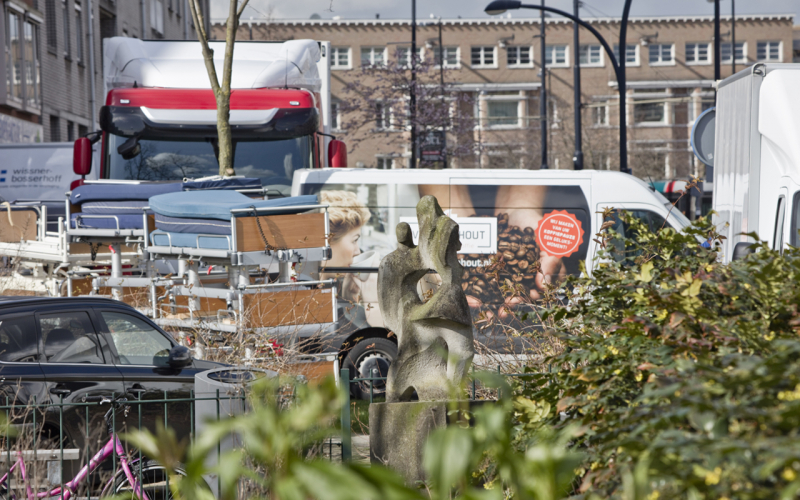 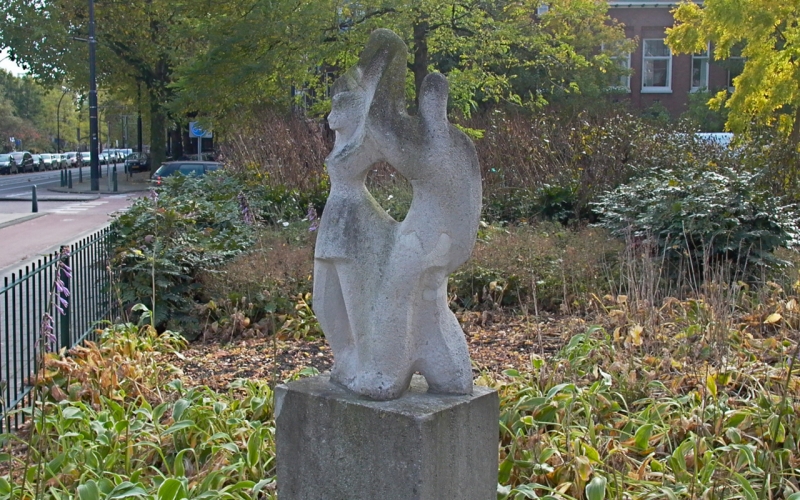 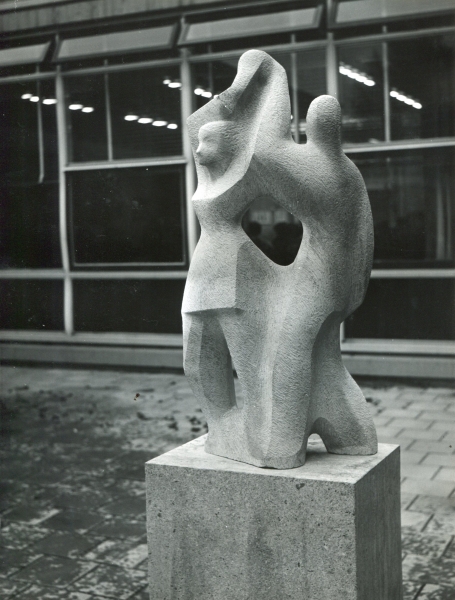 Bob Goedewaagen
About the artwork

Children with ball by Joan Bakker was originally located in Overschie on the Baanweg. During the construction of the school 'De Lijnbaan', the architect J. Koops had this work made by means of the percentage scheme and placed it in the garden of the school. In 2005 it was relocated to a park on Mathenesserlaan. Children with ball is a small sandstone sculpture on a concrete base. A boy and a girl are playing and have a ball in their hands. This work by Bakker clearly shows that he could work with combinations of hard surfaces and wavy shapes in order to create an exciting image. There is movement and life in the image, as a result of which a lot seems to be happening in terms of looks, postures, contrapost and the fall of the clothes.