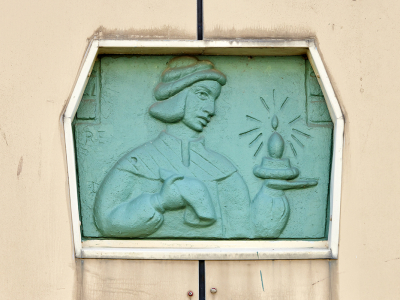 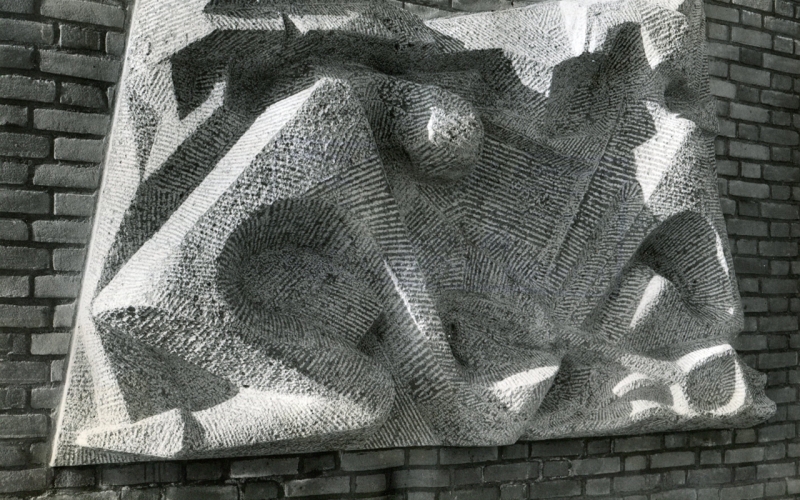 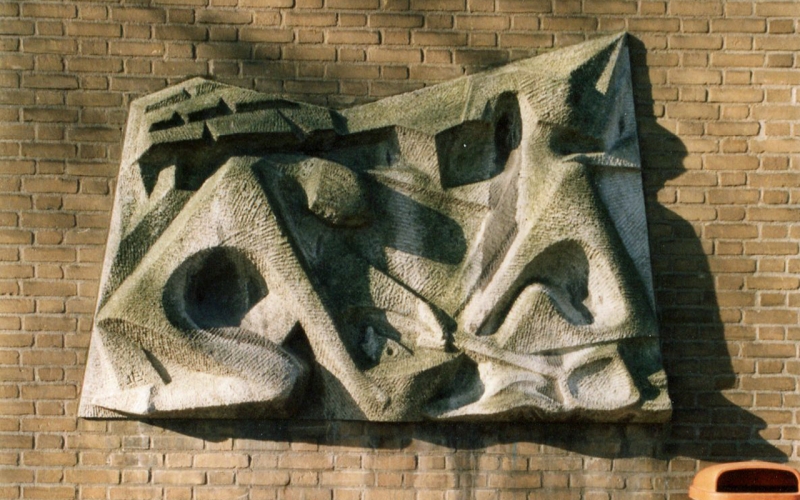 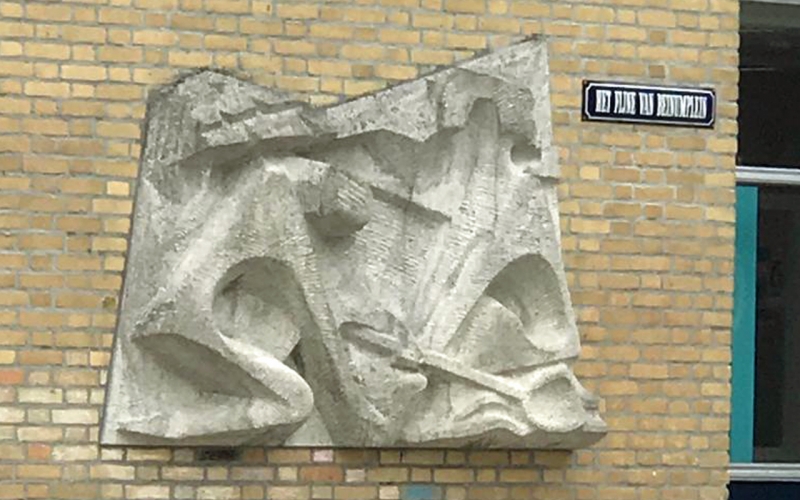 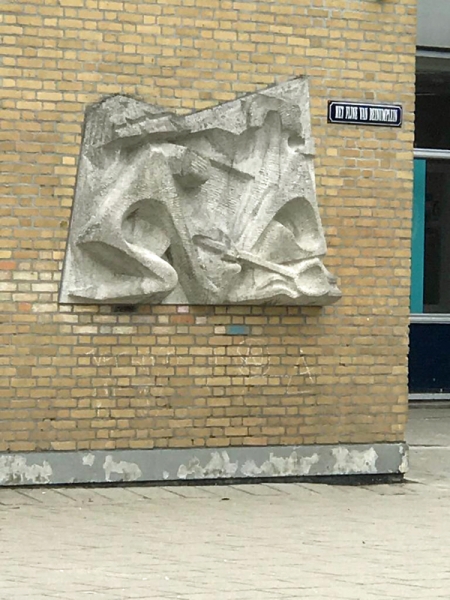 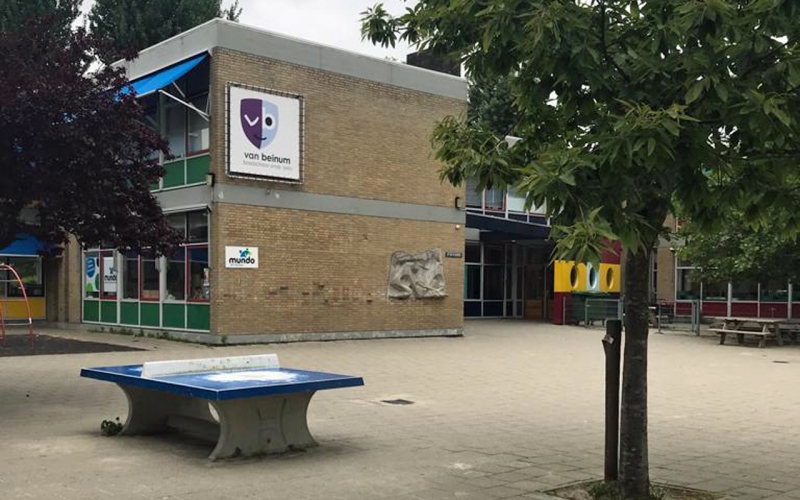 Sculptor Joan Bakker was good at creating work that came into its own from afar. This also applies to this facing brick Children with landing net† The deep diagonals mean that you can already see the main lines of the work from across the street. The stone has beautiful lines and a composition of sloping and tighter contours. The work is 150 cm high and two seated children can be seen on it. The figure on the left has a landing net in his hand. The work was made in the percentage scheme and has been prominently featured on the facade of the schoolyard since 1960. The school has since been renovated and the artwork has been restored and integrated into the modified facade. In the evening the stone is lit.