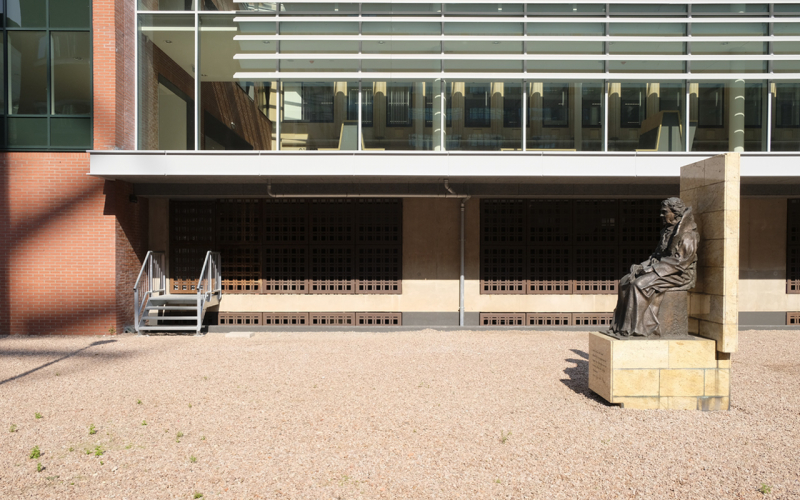 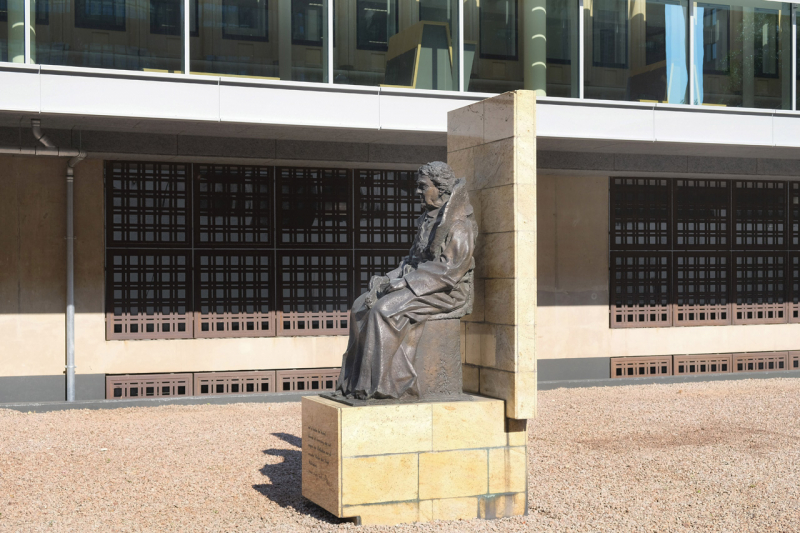 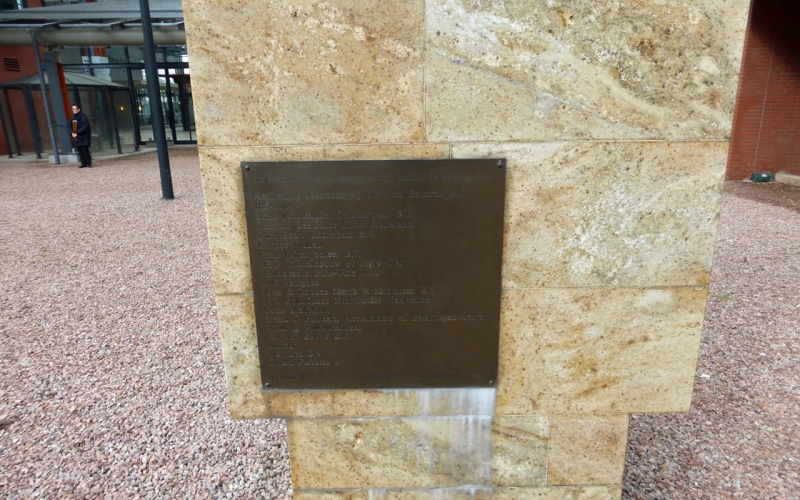 A bronze figure has been sitting in the courtyard of the court building on the Wilhelminaplein since 1999, Queen Wilhelmina imagining, on a seat. The statue was made by sculptor Willem Verbon, who met Queen Wilhelmina several times during the war years. In one hand she carries a fan as a sign of royal dignity, in the other she holds the Bible. On her chest she wears the Grand Cross of the Military Order of William. The image refers to the moment in 1948 when Wilhelmina decided to add the words 'Stronger through Struggle' to the coat of arms of Rotterdam. She did this "as a reminder of the courage and strength with which the people of Rotterdam endured all the trials of the war and the important part they took in the liberation of the Dutch nation."