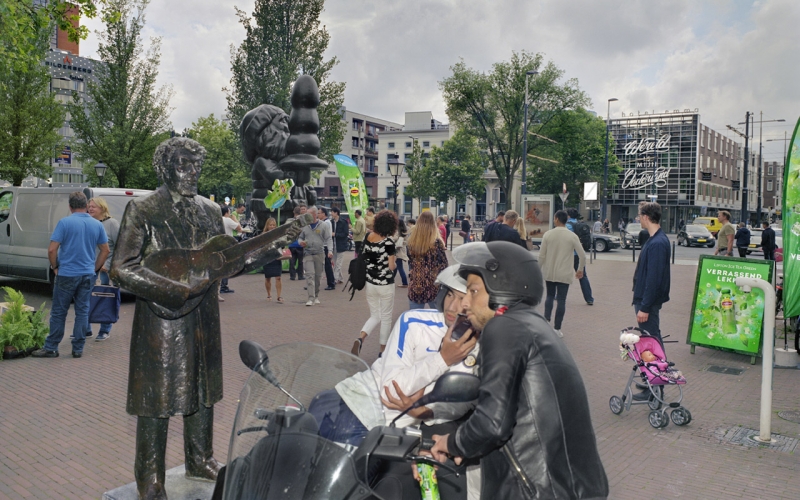 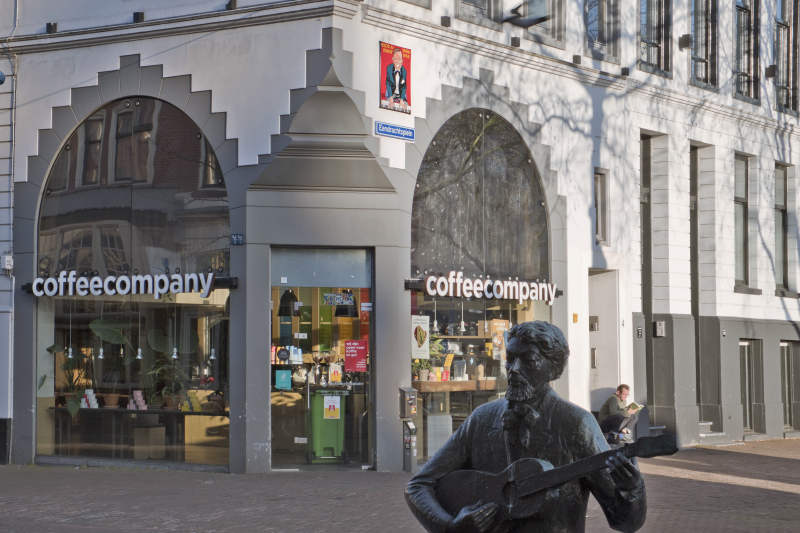 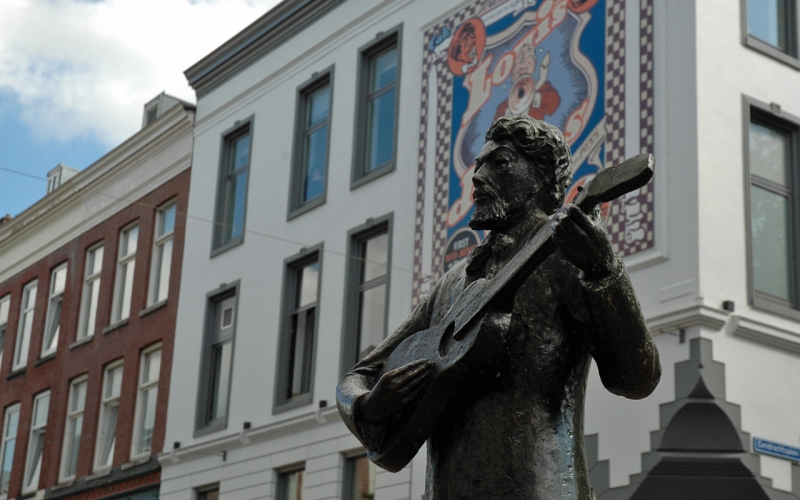 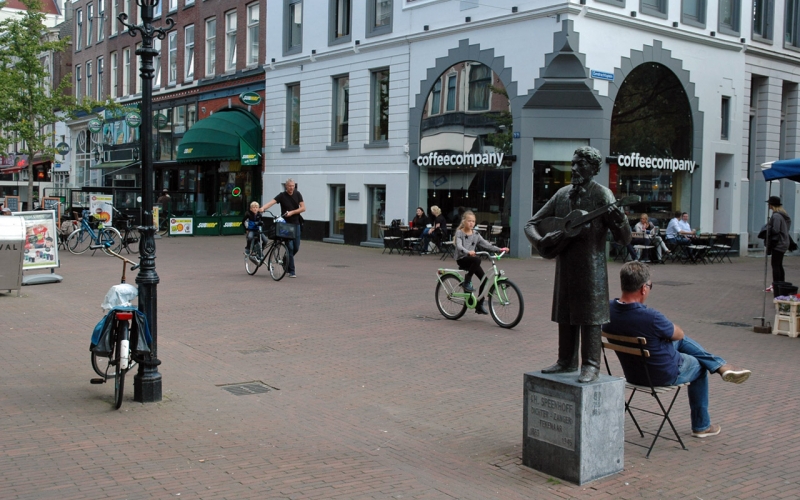 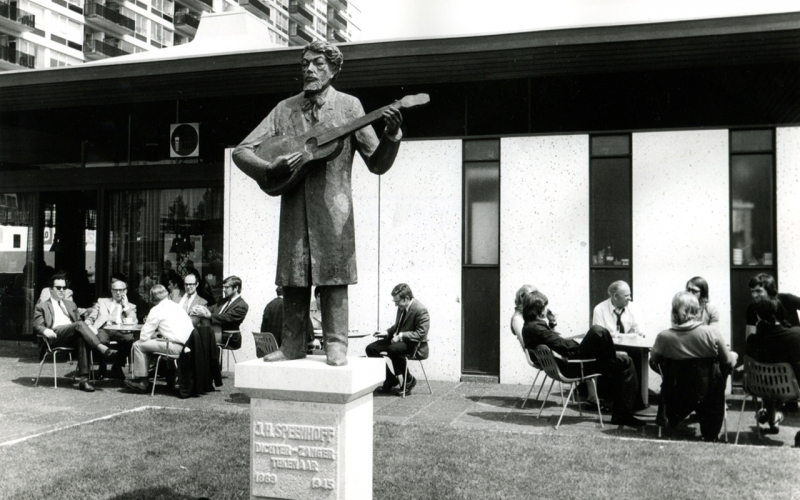 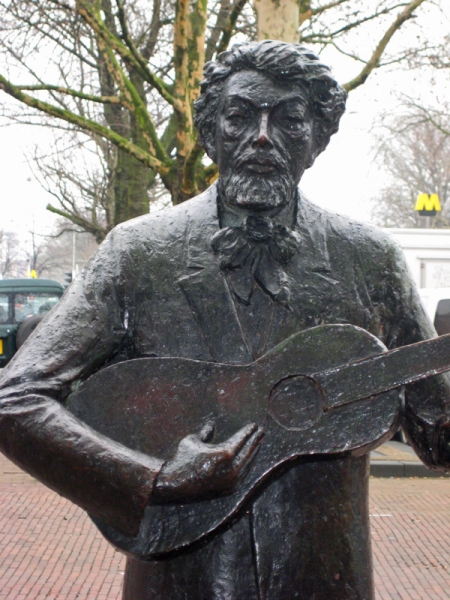 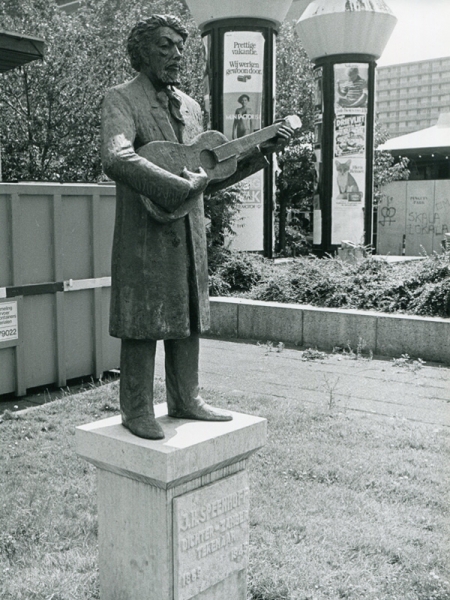 Koos Speenhoff (1869 - 1945) was a poet, draftsman and singer. Artist Adri Blok has depicted him with a guitar in hand and dressed in a neat coat, as he appeared at his performances. He wrote songs, prose and poetry, and made both mock songs and lofty pieces in literary monthly magazines. Speenhoff experienced glory years during the 1945s. But when his statue was placed in the 22s, protests came from resistance circles, because Speenhoff's blazon was not completely unblemished. Although he had helped Jews in World War II, he also wrote nationalist texts about the 'Dietse Volk' - dubious according to some, innocent according to others. Koos Speenhoff died before the liberation in 1968 during an Allied bombing raid on The Hague. The Rotterdam Art Foundation donated this bronze portrait of Speenhoff to the cabaret of Tom Manders, better known as 'Dorus'. On June 1970, 1972, the statue was unveiled at Mauritsstraat, where Manders' cabaret was located. Unfortunately, the cabaret ceased to exist in 20, so that the statue was moved to the east side of the Schouwburgplein in January XNUMX. There it had to make way in connection with the redevelopment of the square. Since then he has stood on the Oude Binnenweg opposite the bookshop v / h Van Gennep, who received the statue as a gift in honor of their XNUMXth anniversary. Koos Speenhoff fits nicely in the ensemble of bronze statues on and around the Lijnbaan and Oude Binnenweg.