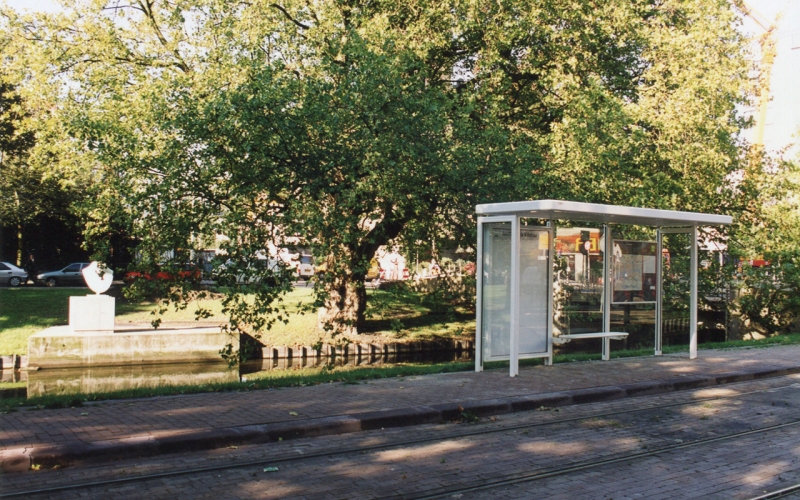 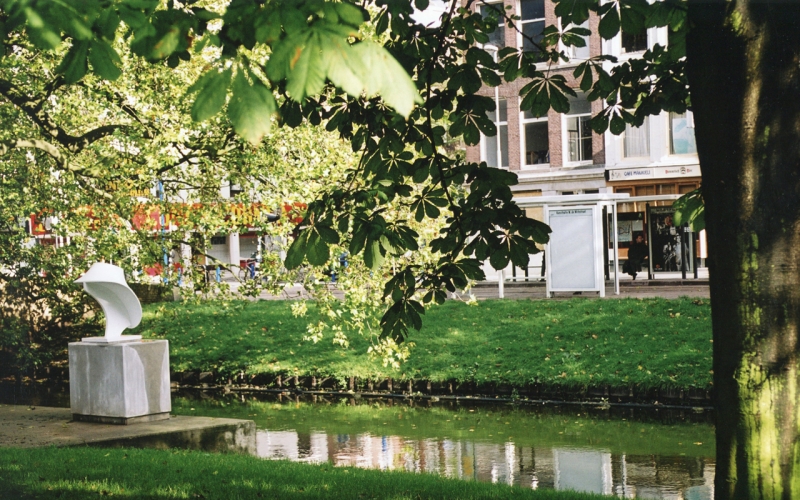 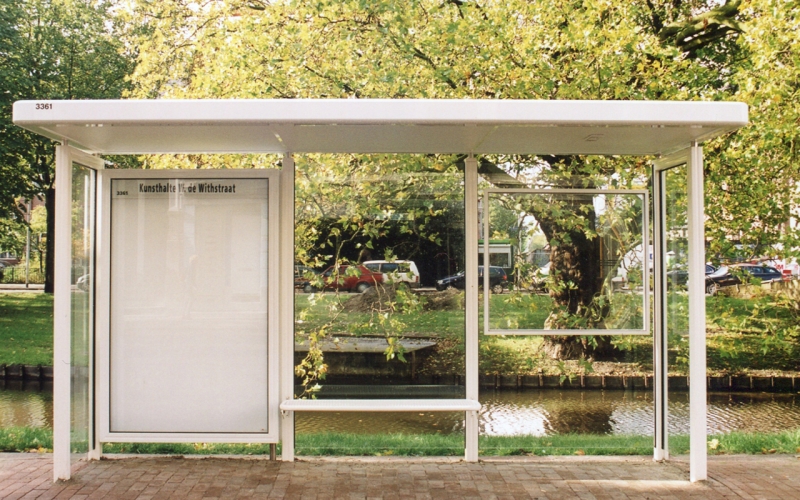 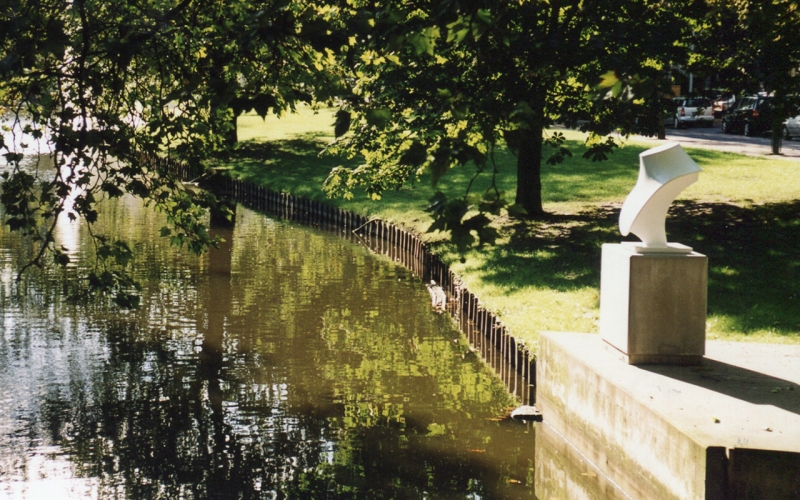 In 1994 the tram stop 'Witte de Withstraat' was closed on the then line 5. The stop, which is not too far from the stops on the Eendrachtsplein, was considered redundant by the RET. Due to protests from museums and shopkeepers in the area, the stop was put back into use in 1995 at the initiative of Manuel Kneepkens of the City Party. After all, it is located on the cultural axis between Witte de Withstraat and Museum Park. This special stop should get its own look with a work of art. Artist John Blake placed a second stop opposite the existing tram stop. It looked suspiciously like an ordinary stop, but was bright white and stripped of all advertising, work schedules and maps. Just the name Witte de Withstraat art stop is stated above a large area. The Kunsthalte functions well today and has been taken into use by the RET, like a 'real' stop.
On the other side of the Westersingel, on a concrete plateau in the slope (a sewer bunker), Blake placed a pedestal with a neck on it. This one Neck is an enlargement of a display used to display jewelery in the window of jewelery stores. At first glance, the link between the white is stripped Art stop and the Neck not directly laid, but whoever looks longer sees that Neck - just as bright white - with his 'face' facing the tram stop. This makes the connection between the two elements visible. Both elements can be seen as museum copies, fitting in the Museum Quarter of Rotterdam.

John Blake (Rhode Island - USA, 1945 - Laren, 2017) was trained as a painter at Carnegie Mellon University in Pittsburgh and Yale University. He continued his art education at the Royal College of Art in London. Since then he has been based in London and Amsterdam. Blake has built up an oeuvre of mixed media works of art, which were shown at exhibitions or made for a specific place in the public space.