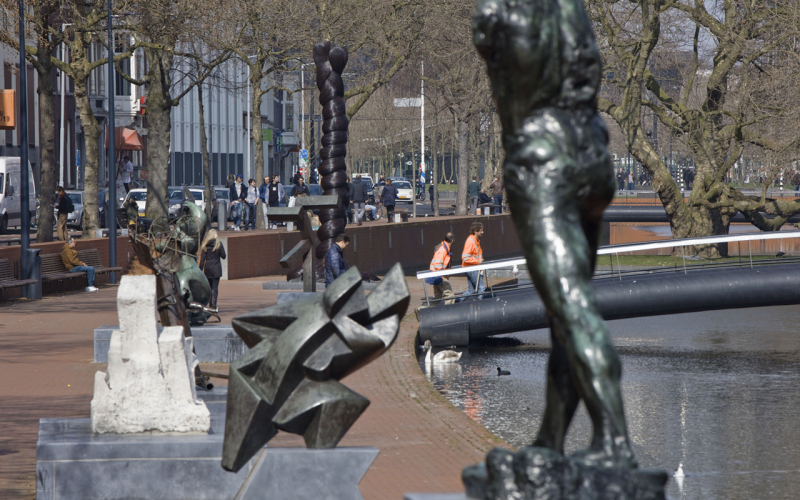 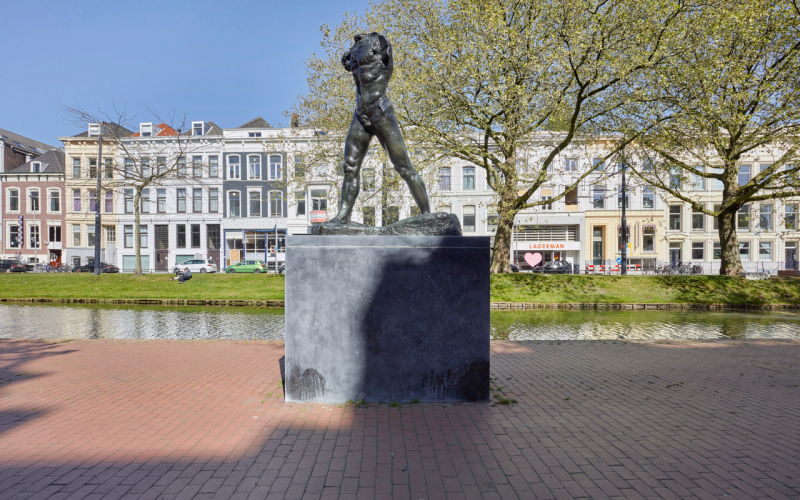 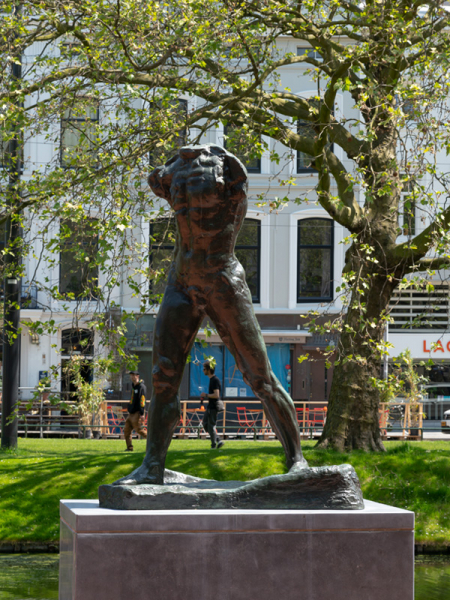 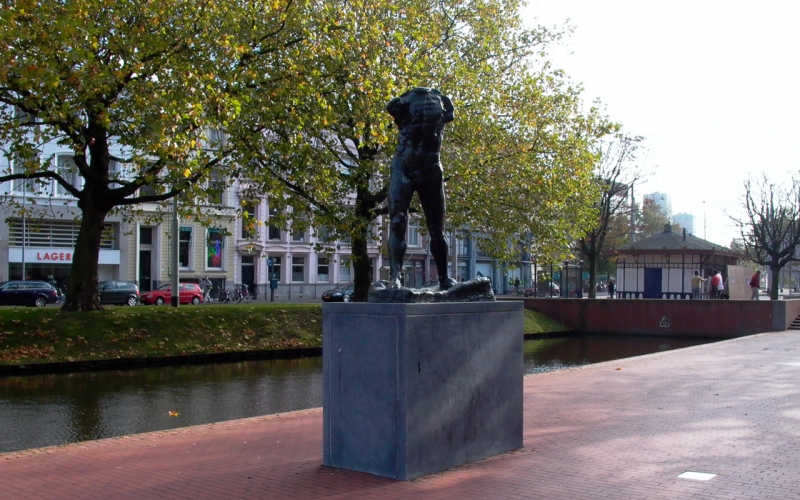 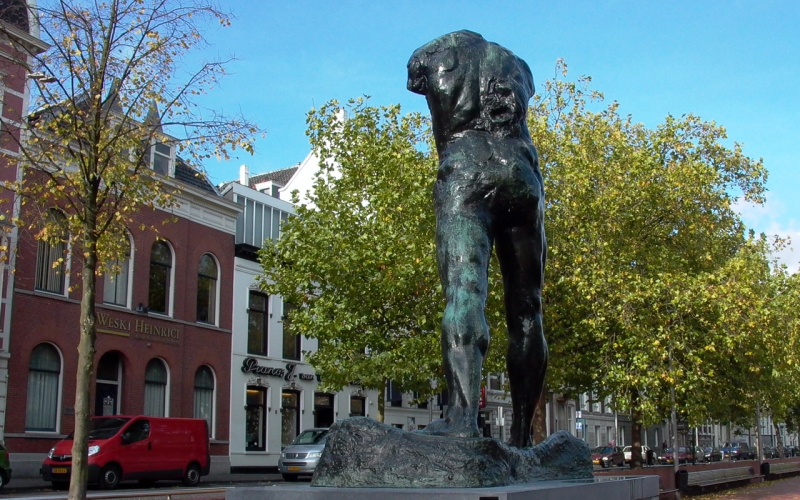 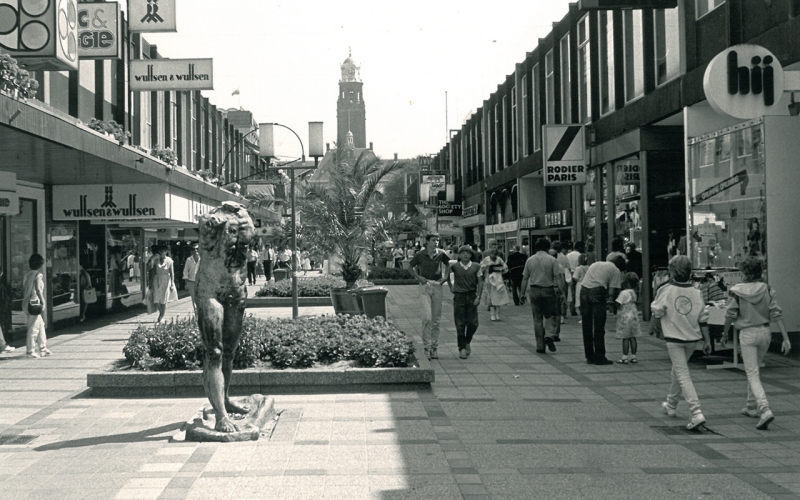 l'Homme qui marche, or 'The man who walks', is a masterpiece from the beginning of modern visual art. Rodin was an artist who made very realistic images. His contemporaries, for example, accused him of making casts of living people instead of carving or modeling the images. To be l'Homme qui marche is a somewhat different picture due to the unrealistic way of walking. Head and arms are missing, so the emphasis is on torso and legs suggesting movement. The sculpture was far too unfinished, too sketchy and too pronounced for 19th century standards. But in the 20th century it became an example for many modern artists. They appreciated the great expression of the work. Partly because of that appreciation and because of the influence that the image had on later artists, the image is a benchmark in the development of sculpture. The statue was purchased by the city of Rotterdam as the starting point for an art-historical 'gallery' in the city center. It was a very fortunate acquisition. l'Homme qui marche is considered one of Rodin's most important works, although the genesis is not entirely clear. It is generally believed that Rodin made a small male torso in 1877 as a preliminary study for John the Baptist; later he added legs for the first version of it l'Homme qui marche. In 1905 an enlarged version in plaster was created that was cast in bronze in 1907. In the same year, the statue was shown to the public for the first time at the Salon de la Société Nationale des Beaux Arts in Paris. Of the twelve casts authorized by the Musée Rodin in Paris, only this copy was still for sale. The sculpture was purchased on the initiative of the City Embellishment Committee, after it had been exhibited in 1960 at the sculpture exhibition in the Rotterdam Museum Park on the occasion of the Floriade. The decision to purchase was made with difficulty, because there were doubts as to whether the statue was suitable for a public place in the city. That is why it was first on display in the garden of Museum Boijmans Van Beuningen for five years. After quite a few wanderings, the statue finally stood along the Westersingel in 1988 and was placed on the sculpture terrace in 2000 as a test and standard for the other abstract human figures in 20th century sculpture. The plinth on which the artwork stands is based on a situation sketch of the statue drawn by Rodin on a photo of the courtyard of Palazzo Farnese in Rome. For more information: Sculpture International Rotterdam.

With a style associated with Impressionism, Auguste Rodin (Paris, 1840 - Meudon, 1917) is considered one of the most important modern sculptors and pioneers, who has inspired several generations. His work is included in the collections of major modern museums and worldwide there are three museums dedicated to his work, namely in Philadelphia, Paris and in Meudon (France).