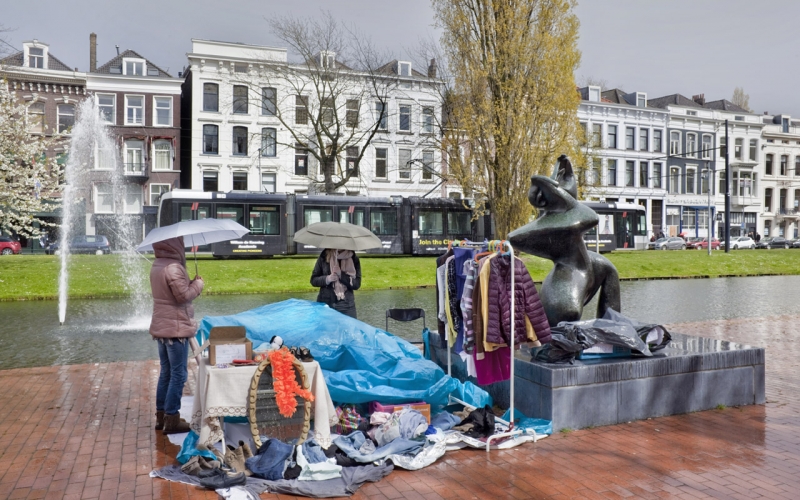 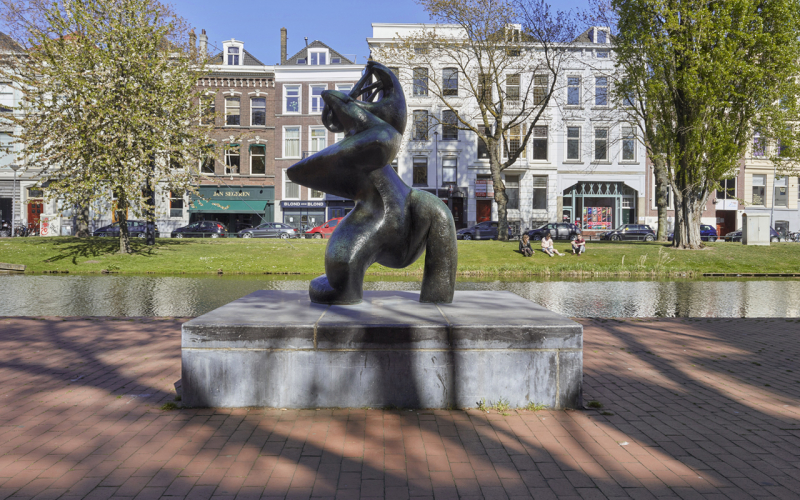 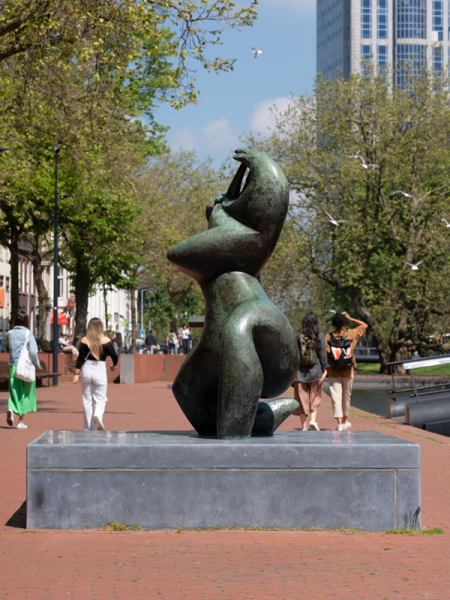 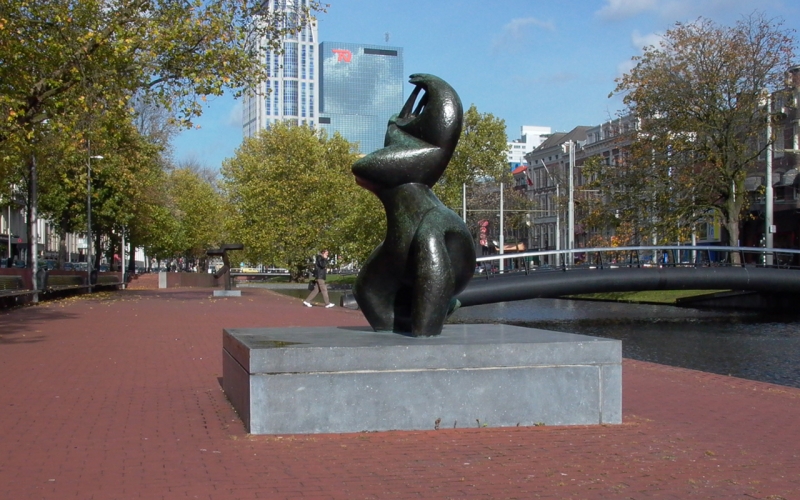 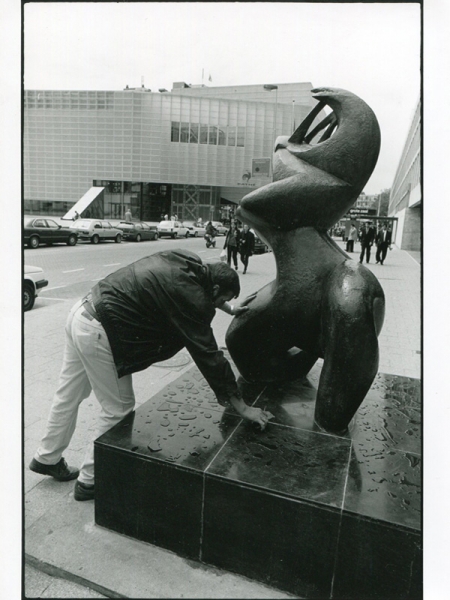 This statue is the second oldest sculpture on the sculpture terrace. Henri Laurens made the plaster original in 1938, but the bronze specimen that adorns the sculpture terrace was not cast until 1963. Laurens has fused his motif of the female figure with a lyre-like musical instrument and combined it with a spiral shape. On the back of the bronze there is a deep groove running the entire length of the statue, the spine. The zigzag shape of the spiral is most pronounced at the front. Spherical shapes flow into each other spirally and smoothly and together form an extremely elegantly modeled 'Great musician '. Laurens's early work from 1915 is considered to be Cubism. In the course of the 1920s he made more and more use of convex shapes and the female nude became his main theme. It was not until the 1930s that Laurens made images of the format La grande musicienne. The Municipality of Rotterdam purchased the statue in 1963. The statue remained under the care of Museum Boijmans Van Beuningen until 1966. After that, the statue stood sheltered on the patio of the Doelen for a long time. When the statue was placed in front of the concert hall, it mainly served as a bicycle shed and collection point for litter. Placed on the sculpture terrace in 2001, the statue, a highlight in Laurens' work, has been given the right attention and appreciation. For more information: Sculpture International Rotterdam

When the Parisian artist Henri Laurens (Paris, 1885 – 1954) met Georges Braque in 1911, he joined his cubist style. He made collages, reliefs and sculptures of polychrome wood, plaster and metal, in which he tried to find a spatial form for the paper collages of cubists such as Braque and Picasso. From 1921 his work becomes more organic and the woman becomes his main theme. With the increased appreciation for his work at the end of the 1949s, he could afford to work in bronze on a larger scale. He also illustrated books, including poetry collections by friends. In 1962 and 1953 his work was shown in a retrospective exhibition at the Stedelijk Museum in Amsterdam. A year before his death in XNUMX, he was awarded the sculpture prize at the São Paolo Biennale.