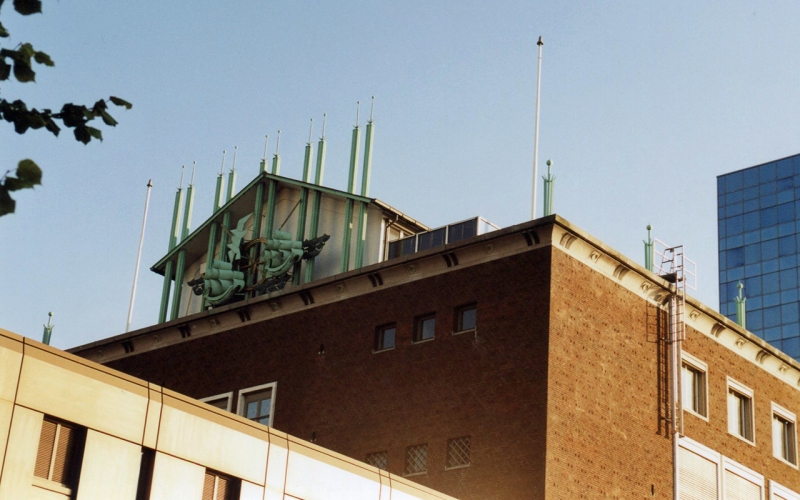 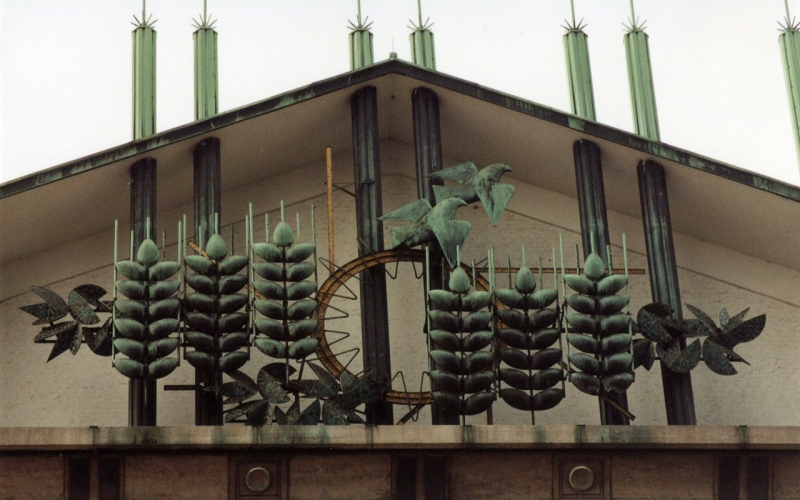 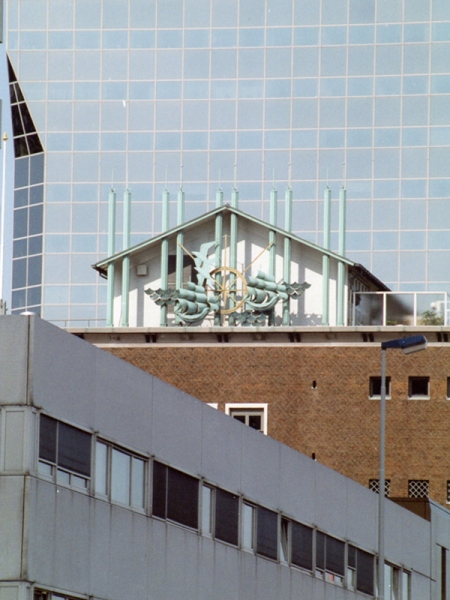 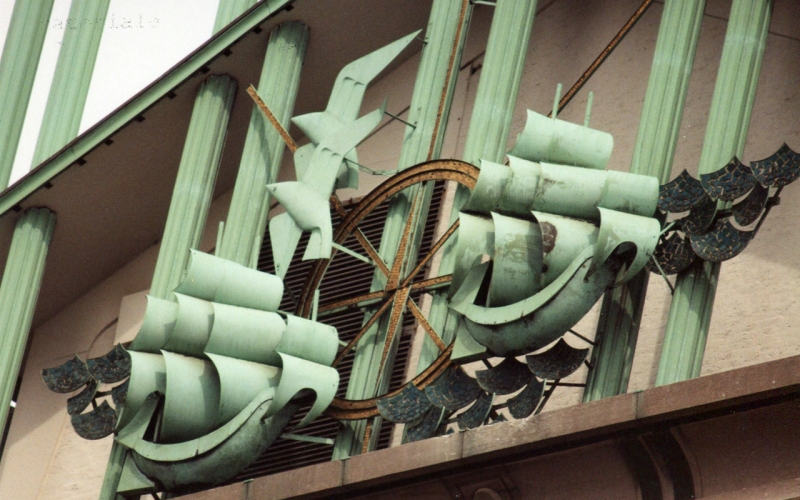 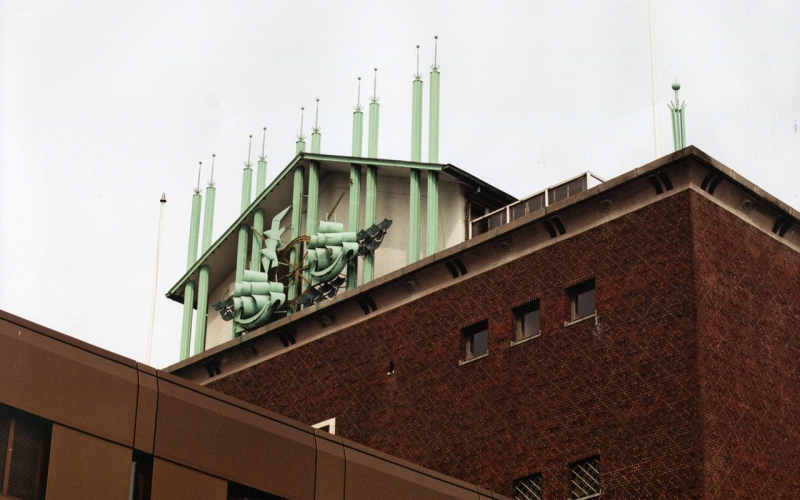 In 1955 the Rotterdam artists Willem Verbon and Louis van Roode were commissioned to design facade decorations for the branch office of De Nederlandsche Bank within the framework of the national percentage scheme. They made two beautiful reliefs for the east and west façades, which are attached under the roof moldings of the building to the bronze columns that seem to support the roof. Each relief measures 2.50 by 10 meters. Verbon and Van Roode opted for themes and subjects that had a lot to do with the character of Rotterdam as a port city. The copper lace reliefs were given the title Land and sea. The relief on the east facade depicts the land through stalks of corn, foliage, birds and the sun. The relief on the west facade depicts the sea by means of sailing ships on the bars, gulls and a compass. The material used, the more abstract way of representation and the non-human symbolism distinguish these facade decorations from the works on the former bank buildings of the Robaver on the Coolsingel and the Nederlandsche Handelsmaatschappij on the Blaak. Nevertheless, the theme here too is peace, fertility and prosperity, as usual in the reconstruction period. During renovation work on the building in 2011, some parts of the relief on the east facade were unfortunately stolen by copper thieves. Since the spring of 2016, the office building, originally designed by architect Henri Zwiers, has been reopened under the name 'De Nieuwe Boompjes'. The building has been a municipal monument since 1991.