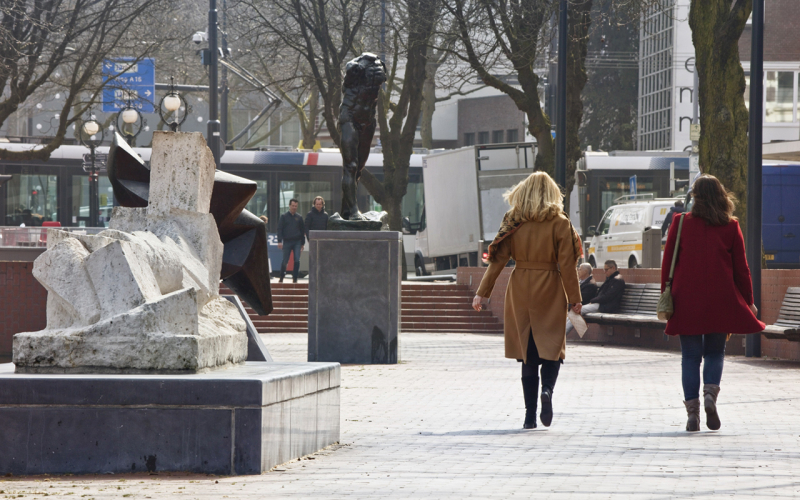 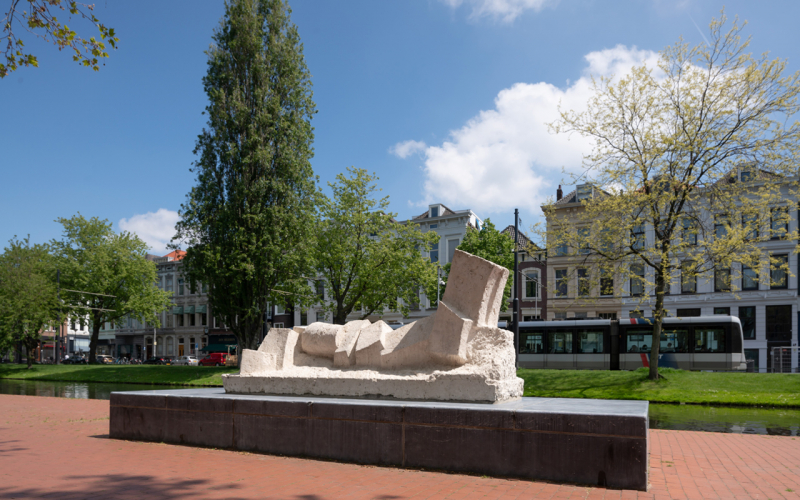 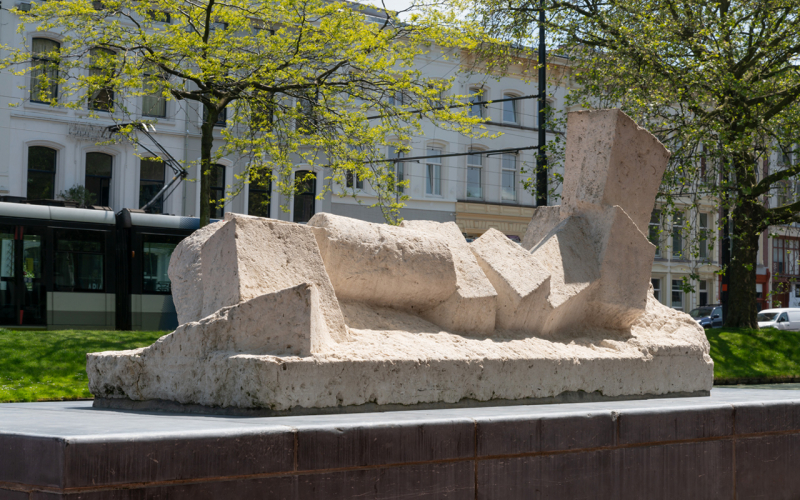 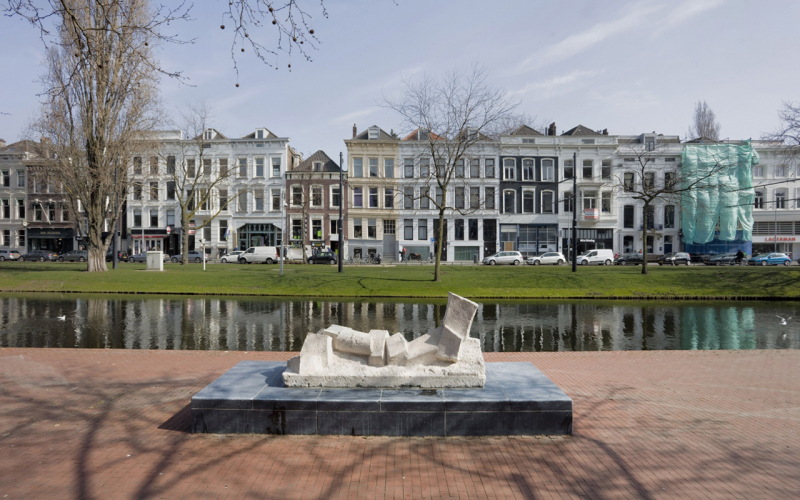 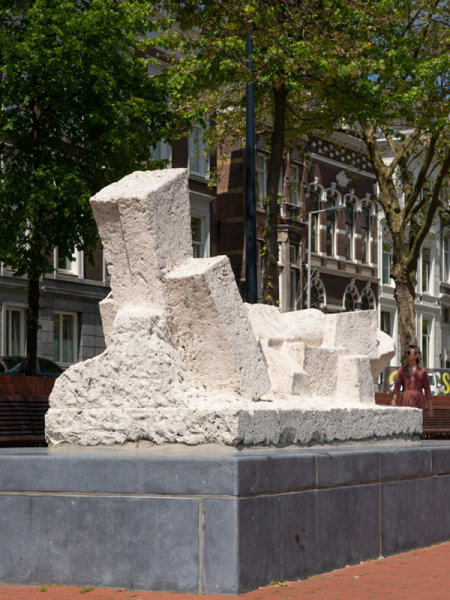 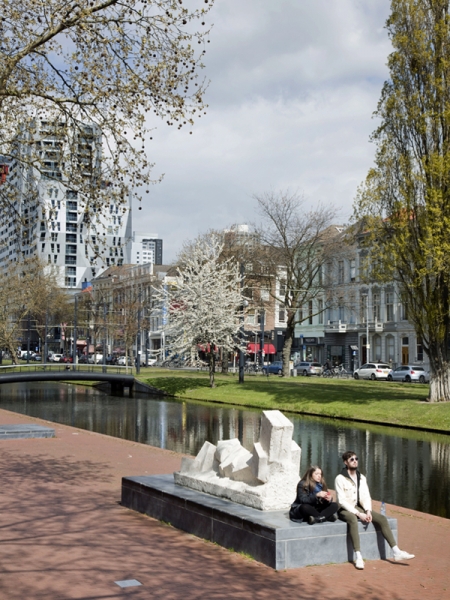 The statue of Frits Wotruba on the sculpture terrace is a gigantic figure, made of limestone white blocks. Yet this is a human figure, a fixed theme in his oeuvre. Wotruba made classical figures at the beginning of his career in the XNUMXs. Over the years he started to work more and more abstractly and made use of the cube shape, rectangle and the cylinder. Wotruba designed the prototype for Reclining figure around 1960. It was one of his most dynamic images due to the many diagonal lines that are present in the sculpture. Wotruba worked a lot with limestone. He carved out the cube shapes that appear frequently in his work. He left the shapes that he carved out coarse, so that the material would not lose its power of expression. The Urban Embellishment Committee invited Wotruba after exhibiting in 1968 in the Boijmans Van Beuningen Museum. A few months later, the Thyssen-Bornemisza Group NV (formerly the Bank for Trade and Shipping) decided to give the image to the municipality of Rotterdam on the occasion of its 50th anniversary. Reclining figure was unveiled at the Westersingel on 25 January 1971. For more information: Sculpture International Rotterdam

Sculptor Fritz Wotruba (Vienna, 1907 - 1975) started his career at the age of fourteen as an engraver. In 1925 he took sculpture classes. In the Second World War he fled to Bern and Basel. His first sculptures were rather classical until he came into contact with modern masters such as Zadkine and Laurens. Then he started to develop an abstract style of volumes made up of loose cubes, rectangles and cylinders.