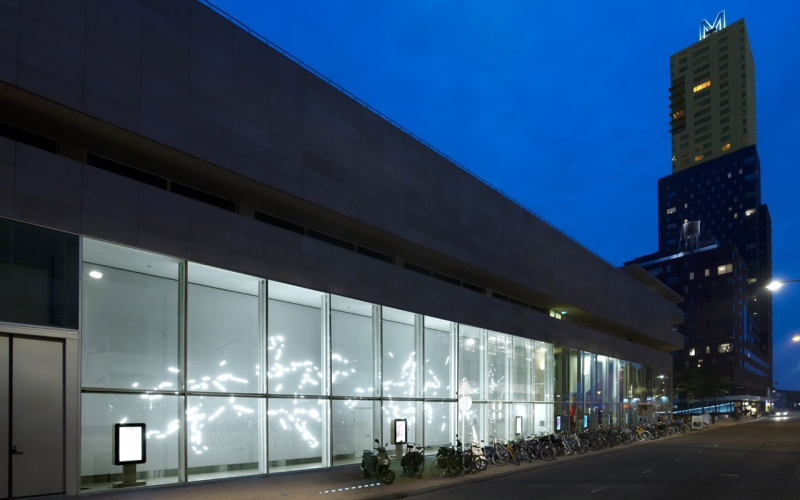 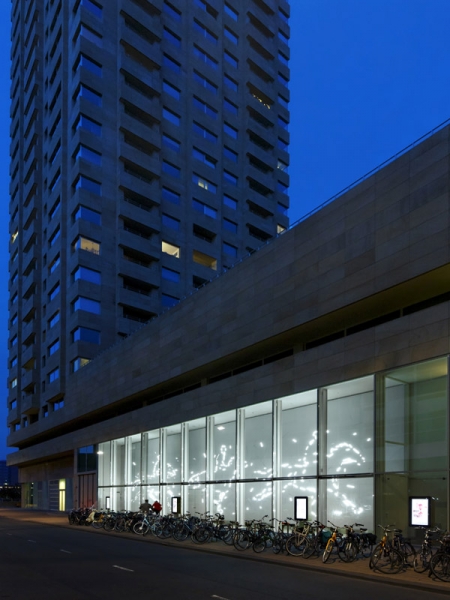 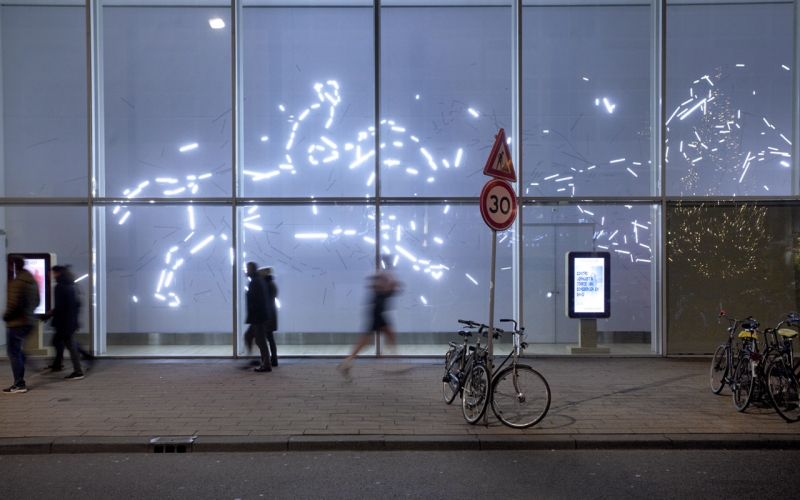 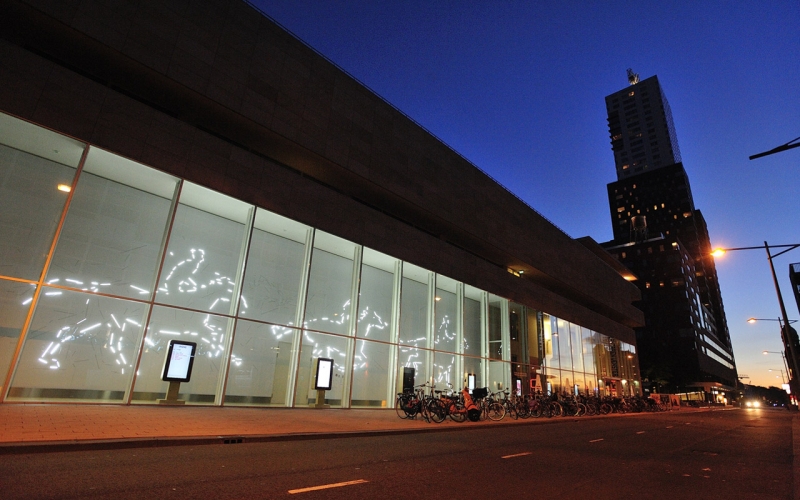 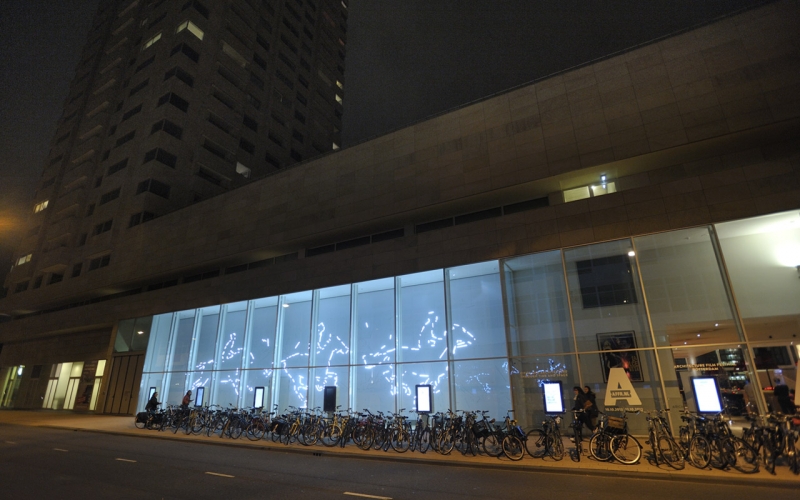 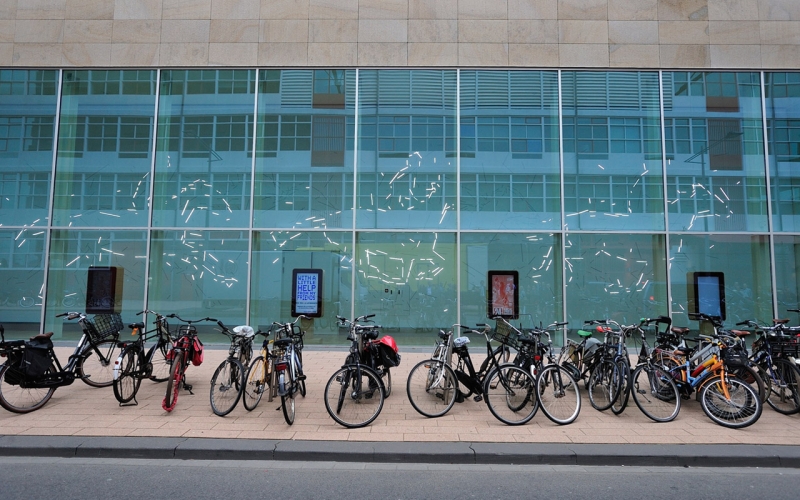 The light artwork Light gig, on the facade of the LantarenVenster cinema, refers to the origins of cinema. The work shows how movement and light at night can transform a city. The artwork consists of LED lighting with extra strong crystals, on which an animation of a moving horse can be seen. The horse is a direct reference to the famous work of the English photographer Eadweard Muybridge from 1878. With his photo series Muybridge showed exactly how a horse moves at a gallop, something that is not visible to the naked eye. This stop-motion technique has been translated by artist Giny Vos in collaboration with InventDesign into a software-driven installation that switches the lighting on and off according to a specific choreography. The LED strips light up in turn, suggesting the illusion of movement, as with Muybridge. Light Gig however, refers not only to the Muybridge photo series, but also to the first cowboy films and bright light images that dominate the city today. In addition, Vos has inspired the manuscript of the artwork on the scratches in the celluloid of the early films. Light Gig With its historical references, LantarenVenster also maintains a link with film history at its new location on the Kop van Zuid. The artwork gives the building, but also the entire street and pier, a look that matches the image and the panoramic expanse of the Wilhelminapier, which was developed after New York's example and where film crews film. Moreover, it fits Light Gig very good in a series of large light artworks in Zuid such as Beijerkoppen, Window stories en Broken Light. Rotterdam South has thus built up a unique collection of spectacular light artworks.

Originally from Rotterdam visual artist Giny Vos (1959) lives and works in Amsterdam. She received her training between 1985 and 1990 at the Gerrit Rietveld Academy and the Rijksacademie in Amsterdam. Her farewell to Rotterdam consisted of the iconic WORK TO DO, a light installation from 1985 on Marconiplein in the municipal towers. She has been building an impressive oeuvre for 25 for years, which can be seen mainly in public spaces and is based on light and movement. In 2004 she received the Witteveen + Bos prize for Art + Technology. A monograph appeared in 2010 Singing in The Dark published by Valiz.