Location: Hemisphere 78, 3071 PP Rotterdam, the Netherlands
Location: On the stairs in front of the Entrepot building
Description: Bronze plastic from Lodewijk Pincoffs with a hat in his hand
Materials: Bronze
Dimensions: Height 197 cm
Year: 1998
Owner: Municipality of Rotterdam
Literature: 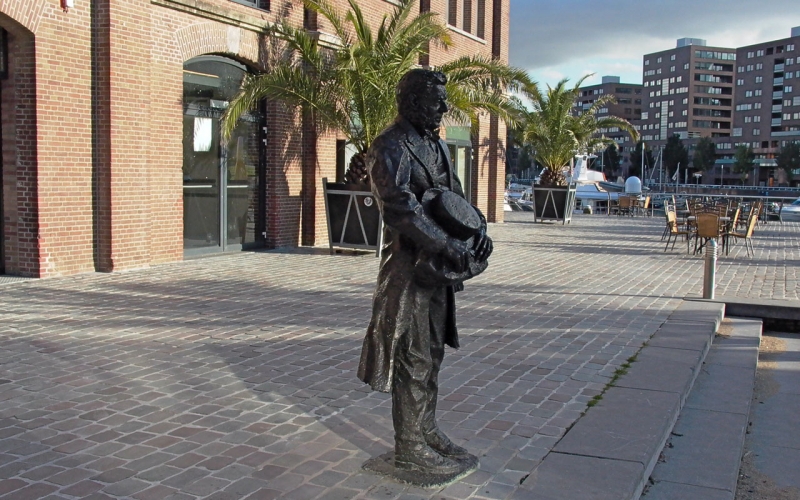 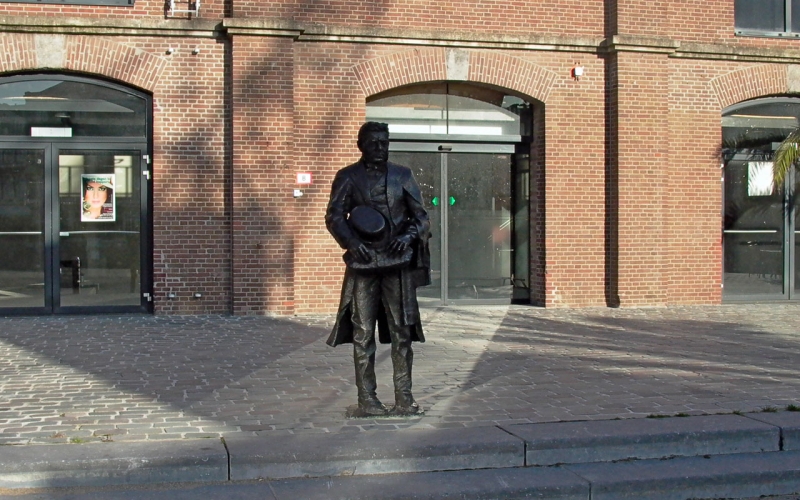 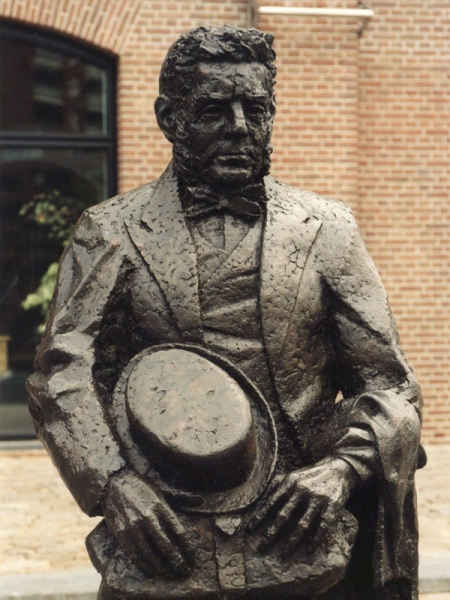 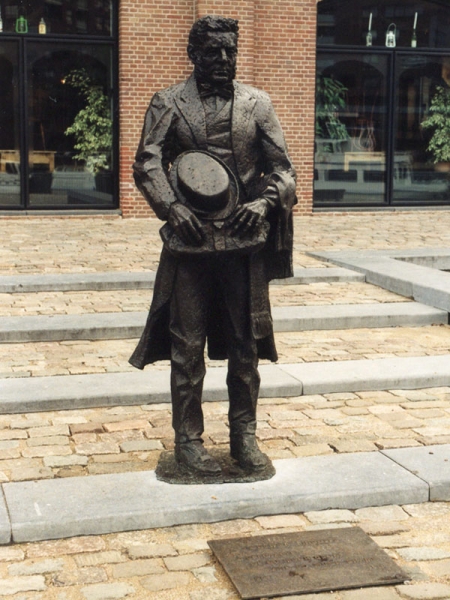 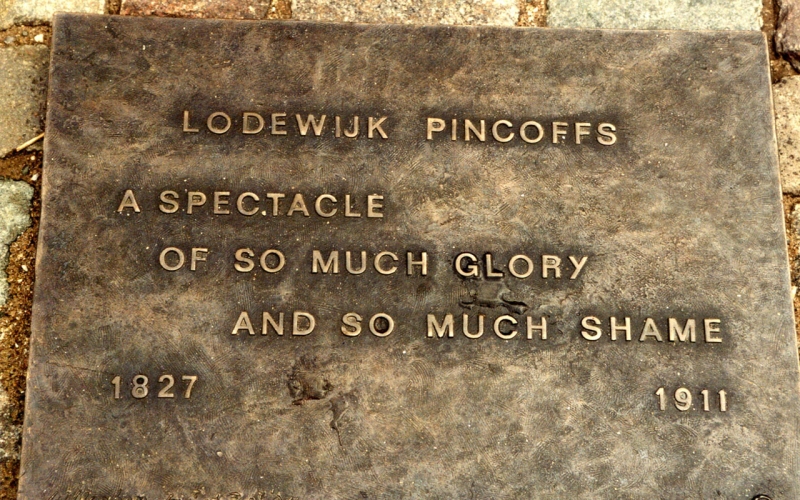 In 1998 the great-grandson unveiled this bronze statue of the famous Jewish harbor baron, merchant, shipowner and politician Lodewijk Pincoffs (Rotterdam, 1827 - New York, 1911). It is no coincidence that this statue was placed on this spot, because between 1849 and 1879 Pincoffs played an important role in the development of the Entrepot area. He was the one who built the Poortgebouw and the Veempand 'De Vijf Werelddelen'. At the age of 28, Pincoffs joined the Rotterdam city council in 1856. There he developed into an authoritative councilor who was well listened to. In 1858 he became a member of the Provincial Council of South Holland and in 1872 he became the first Jewish Dutchman to become a member of the Senate. He turned down an offer in 1877 to become Secretary of the Treasury. He played an important role in the development of the Rotterdam ports and was the first entrepreneur who dared to establish his company on the southern bank of the Maas. However, Pincoffs is also notorious for having one of the biggest accounting scandals in Dutch history to his name. In 1879 he fled to America after this massive fraud came to light and he found himself deeply in debt. This statue is therefore not a tribute to the man himself, but it symbolizes the developments on the Kop van Zuid. Sculptor Willem Verbon has portrayed him as a depressed and disappointed person who was about to leave Rotterdam. The plaque reads in English: “An example of so much triumph and so much shame”. Verbon made the sculpture in 1994. Due to delays in construction, it took another four years before the sculpture was given a place.