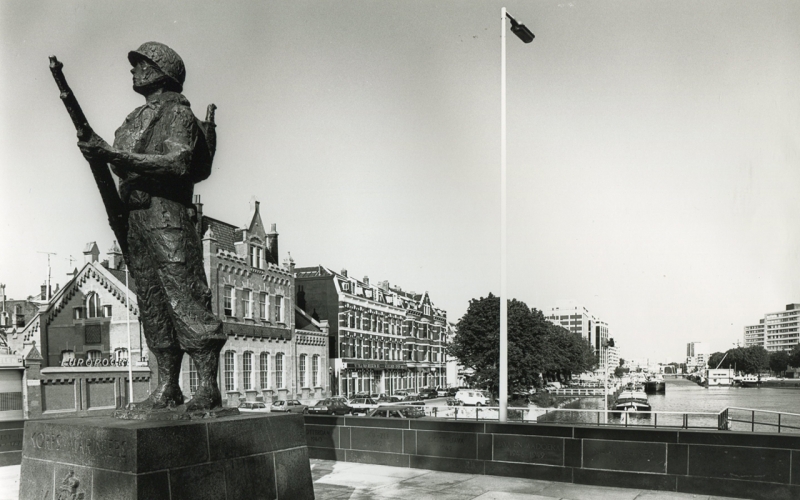 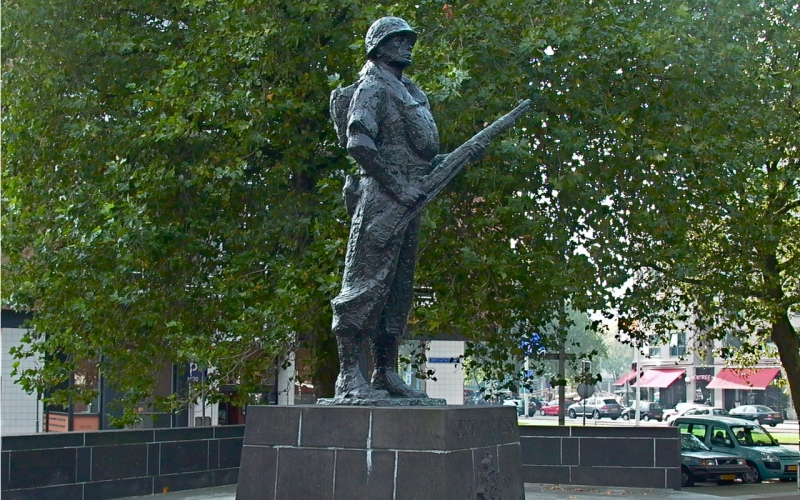 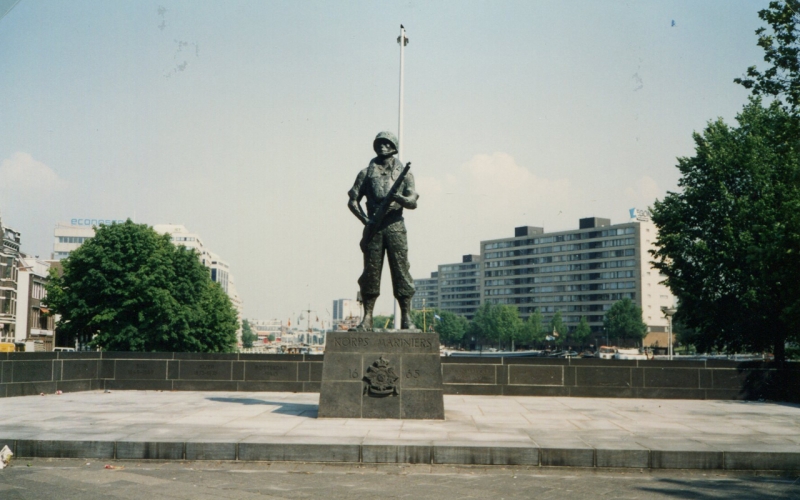 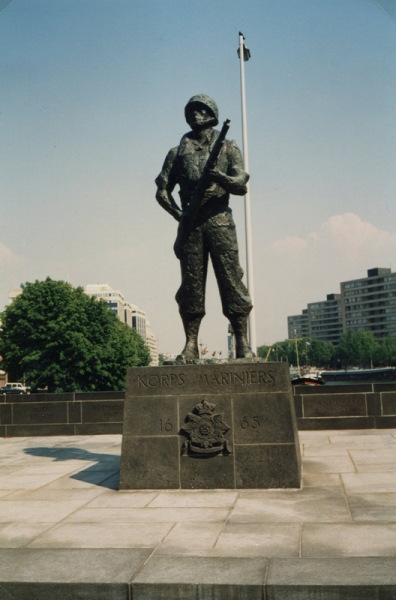 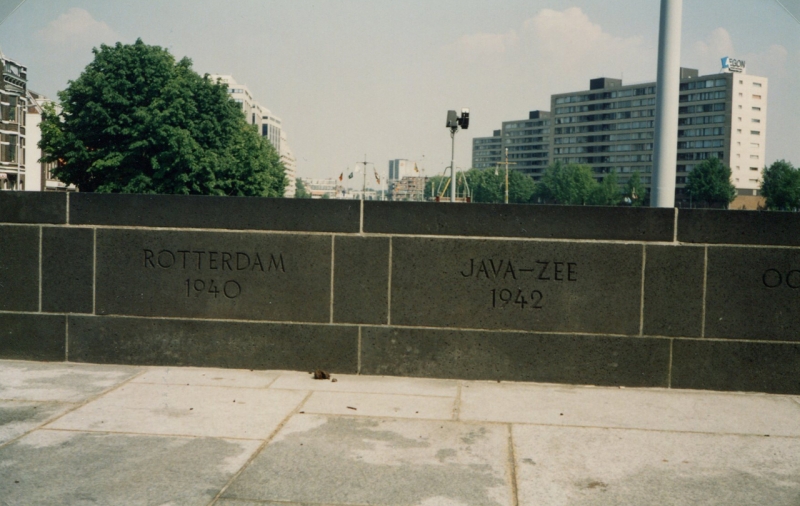 This is a classic monument in honor of the Marines, which radiates courage and militancy. The bronze statue of Titus Leeser commemorates the affected Rotterdam marines, who successfully defended the Maas bridges. These formed an important connection between the south of the city and the center. Between 1823 and 1940 the marines barracks were located on Oostplein, in the former arsenal of the Admiralty of Rotterdam. The statue stands with its back to the river and looks in the direction where this barracks stood, which was bombed in the May days of 1940. The work was unveiled in 1963 by Prince Bernard and a memorial service of the Marine Corps takes place annually. On the base is the weapon with the spell In terms of Patet Orbis, 1665. The wall around the memorial also lists the other achievements in the history of the Marine Corps, such as the four-day battle of Chatham in 1666, the Dutch East Indies, Korea, Cambodia and Uruzgan. The preserved side gate of the barracks has been installed above the nearby metro entrance. It Marine monument was established on the initiative of the Marine Corps Foundation.

Titus Leeser (Cologne, 1903 - Zwolle, 1996) was a Dutch sculptor and painter. In addition to his work, he was administratively involved in numerous art organizations in the Netherlands. In 1950 Leeser received the Artist Resistance Prize.