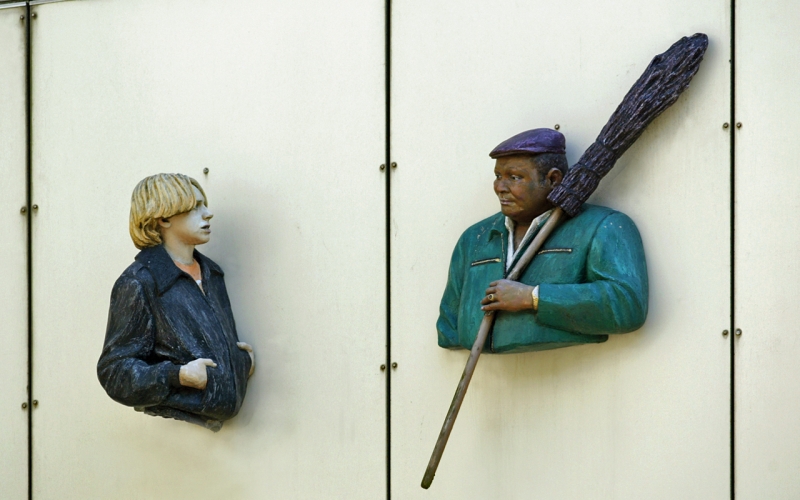 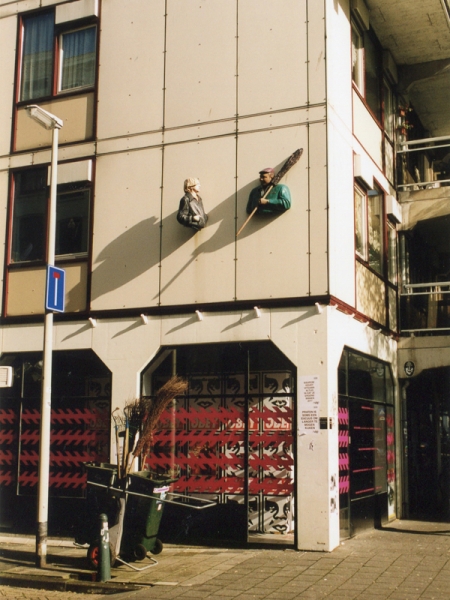 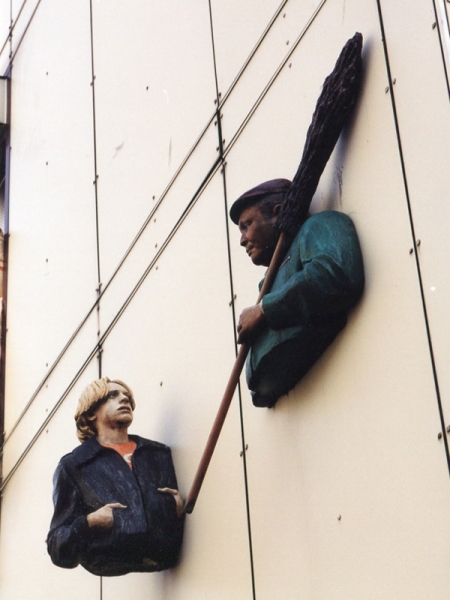 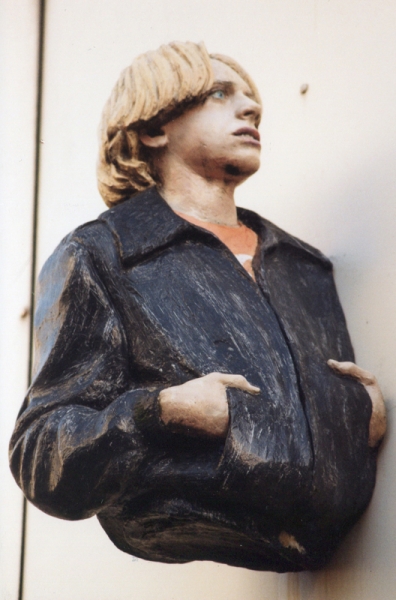 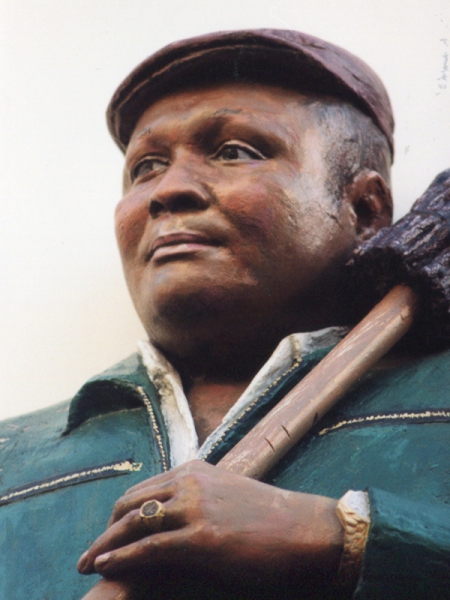 These two highly detailed portrait busts were created by John Ahearn and Rigoberto Torres. One is a bit younger, white and dressed in a leather jacket; the other is dark in color, in work overalls and with a willow broom in hand. The street sweeper seems to look at the boy with some admonition, as if to encourage him to roll up his sleeves too. In appearance, skin color, attributes and pose, the reality of the two neighborhood residents Mario and Antonio has been approached as much as possible. Ahearn and Torres considered it important to portray non-public persons for once - as well-known naval heroes, scholars, poets, benefactors, heads of state, administrators and politicians. He wanted to immortalize 'unknown' people: the common man from the street. This is not about stereotypes, but about individuals you meet on the street. With these replicas of people, the artists bring the art outside the walls of the museum. They wanted to enter into a new commitment, put the public at the center and zoom in on social themes. By using two unknown persons as a model and exhibiting lifelike in public space, they want to strengthen the identity of those persons and thereby increase the social cohesion in the neighborhood. Ahearn and Torres made many casts of local residents in the New York borough of the Bronx in the 80s and exhibited them in the neighborhood. This created a 'South Bronx Hall of Fame': a collection of casts of local residents, which was shown in an exhibition in the Witte de With art center in 1991-1992. In collaboration with Ed de Meyer of the local community center and local residents, they also made portraits of a large number of selected Rotterdam residents from this district especially for the Cool district. At that time, a sweeping team started in the neighborhood as part of a project for employment and self-care. Mario & Antonio originally hung on the wall of the Kromme Elleboog on the facade of Showroom MAMA, but is currently in the depot. This project also resulted in two other portraits of Ahearn and Torres. An ensemble of 3 children under an umbrella near a school at the intersection of the Kortenaerstraat and the Schiedamsesingel. Another man hangs on the corner of Boomgaardsstraat and Kortenaerstraat. For more information: Sculpture International Rotterdam.

John Ahearn (Binghamton, USA - 1951) attended Cornell University and lived and worked in the Bronx, New York. In 1977 he was a member of Colab with, among others, Jenny Holzer. Ahearn worked in the Bronx with Rigoberto Torres (Aquadilla, Puerto Rico - 1960), who had also grown up there. They worked on many casts of local residents there. Between 1979 and 1995 they worked together in a studio in the South Bronx. Ahearn lives and works in New York. Torres lives and works in Orlando, Florida.