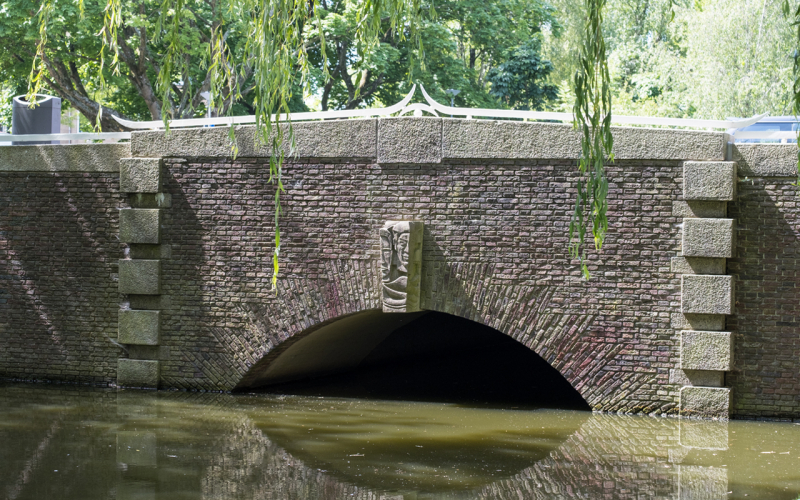 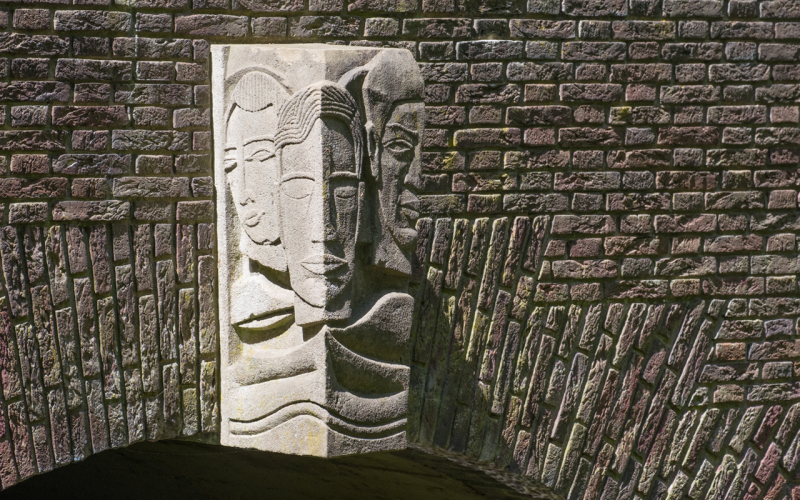 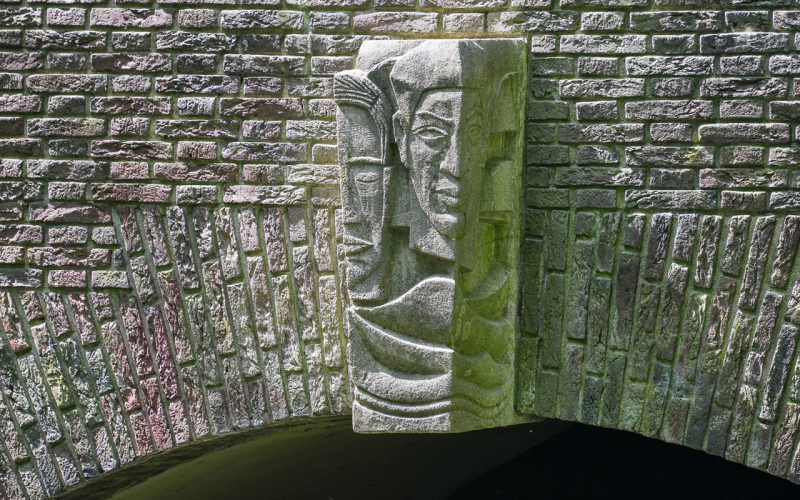 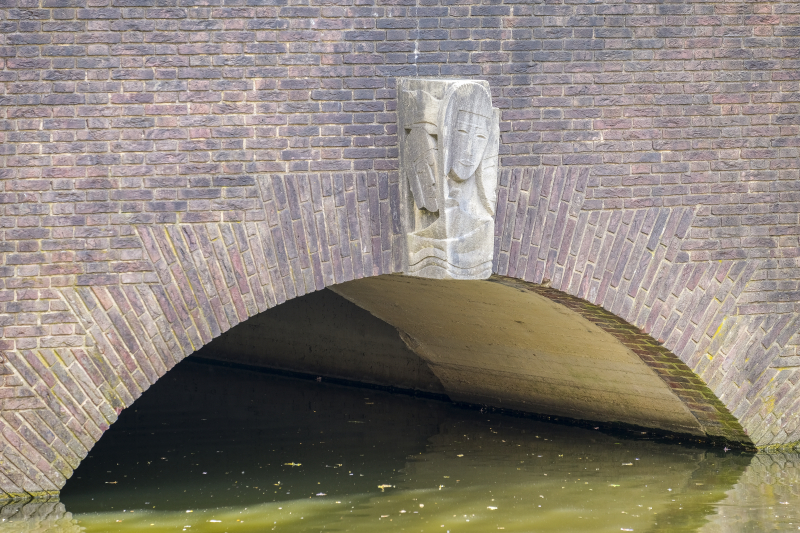 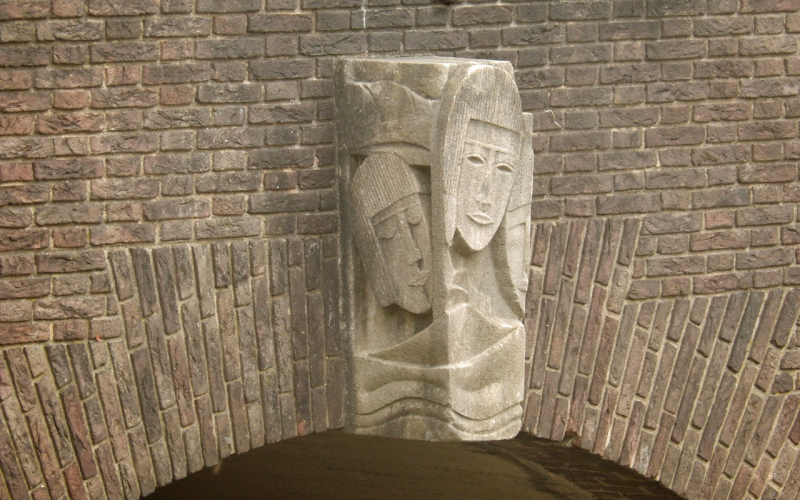 In 1931, the Rotterdam city council commissioned four Rotterdam artists to make keystones for four bridges that would cross the Statensingel. The four Rotterdam artists were Herman Bieling, Leendert Bolle, Hendrik Chabot and Adriaan van der Plas. The sandstone keystones about 85 cm high are located on either side of the bridge. The Rotterdam artist Herman Bieling designed two keystones for the Statenbrug. A keystone with three masks each can be seen on both sides of the bridge. Bieling shows his interpretation of Cubism on these carved stones. Six expressive masks are depicted in shallow areas by means of graphic lines. The four bridges have been designated as municipal monuments. See here the keystones made on the other bridges by Leendert Bolle, Hendrik Chabot en Adriaan van der Plas.

Herman Bieling (Rotterdam, 1887 – Rhoon, 1964) was a sculptor, painter and graphic artist. He attended evening classes at the Academy of Fine Arts in Rotterdam. In 1917 he was one of the founders of the artist collective De Branding, an avant-garde group that opposed Rotterdam's art policy. After that he was also co-founder of R33, an association of which artists such as Dolf Henkes, Piet Begeer, Wally Elenbaas, Henk Chabot and Han Richters were also members. His style was more cubist then. Bieling was an activist who championed the recognition of modern art. In his teens and also later in the 1930s he lived in Hillegersberg, where he painted more realistic landscapes later in life. His work is included in the collections of, among others, Museum Boijmans Van Beuningen and the Rijksmuseum Amsterdam.