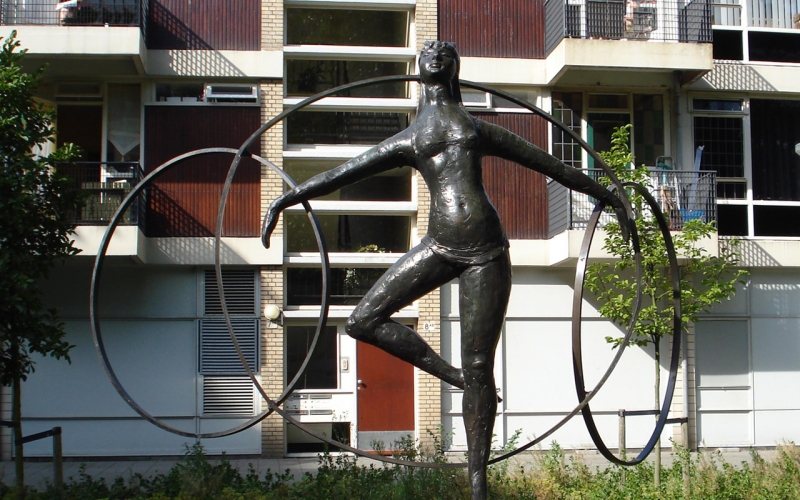 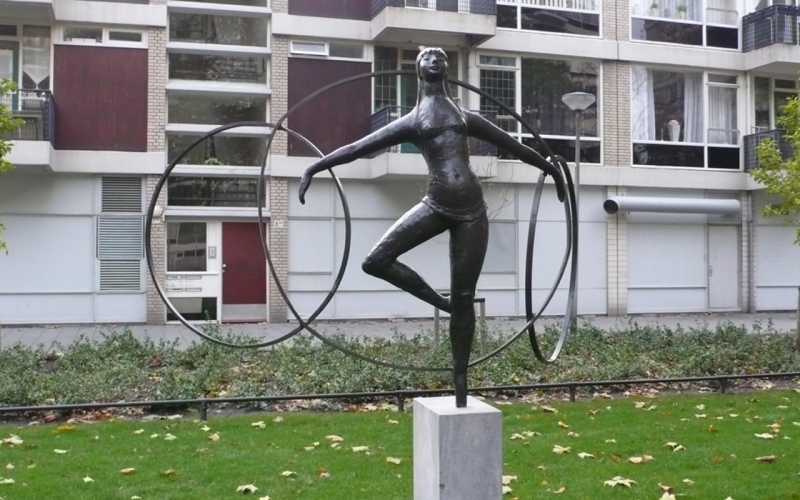 Loeki Metz made this work of art for a school in Hoogvliet as part of the percentage scheme for visual art in new construction. In 1962, the figurine of the girl with three hoops was placed. She practices rhythmic gymnastics with the hoops. When it turned out that the statue was not resistant to the youth playing football, it was stored for a while, until it was relocated in 1995 on the Joost Banckertsplaats. It Girl with hoops got the nickname 'Hoela-hoop girl', after a fad that prevailed in the Netherlands at the end of 1958. The craze passed, but the hoops also appeared to have disappeared for unknown reasons. Subsequently, the girl was provided with a new set of hoops, but in 2009 the girl with her hoops was completely stolen from her pedestal.