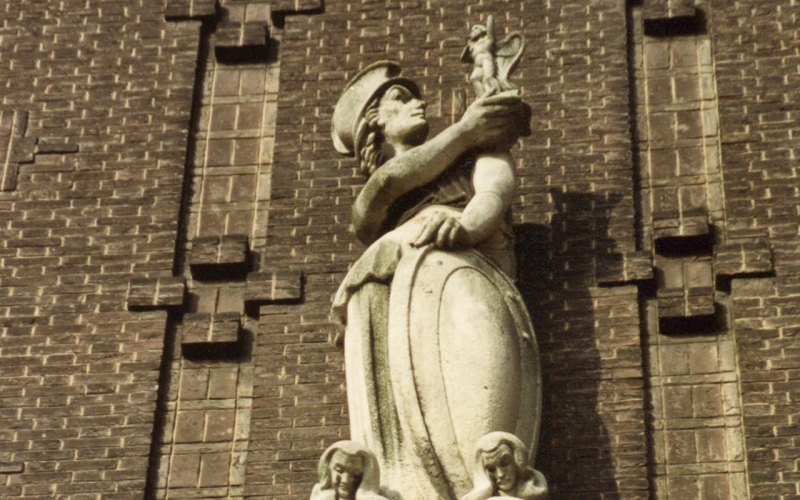 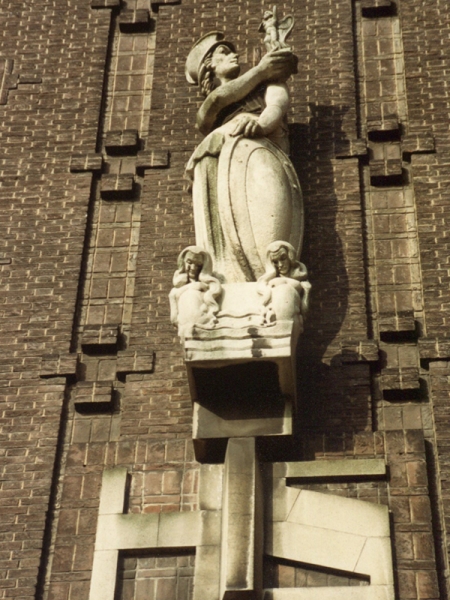 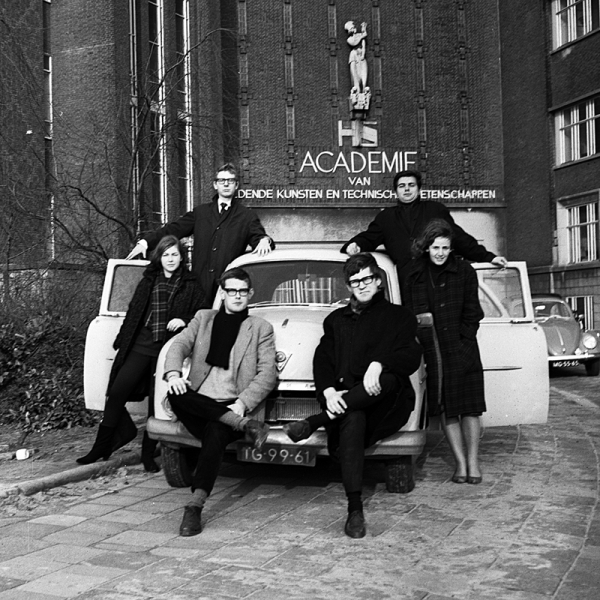 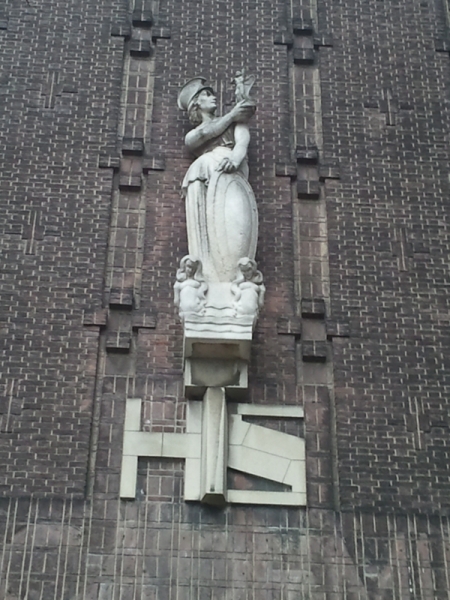 Above the entrance of the former Higher Technical School (HTS) on GJ de Jonghweg hangs a special statue made by sculptor Gerard Hoppen in 1939. He received this commission from the board during the construction of the HTS. It is a plastic of Minerva, goddess of wisdom, of war and of architecture. Recognizable by her armor; her left hand rests on a shield. Minerva turns around, giving that torsion a sense of dynamism, liveliness and volatility. The look from below reveals two female figures on which she leans, little more than two small details, but very nicely lasciviously designed, that they look a bit like malicious sirens. The whole is on the T of the letters 'HTS'. Hopping was very talented. He often worked with a great expression, which was different for each image; the faces of this work radiate a lot of life.