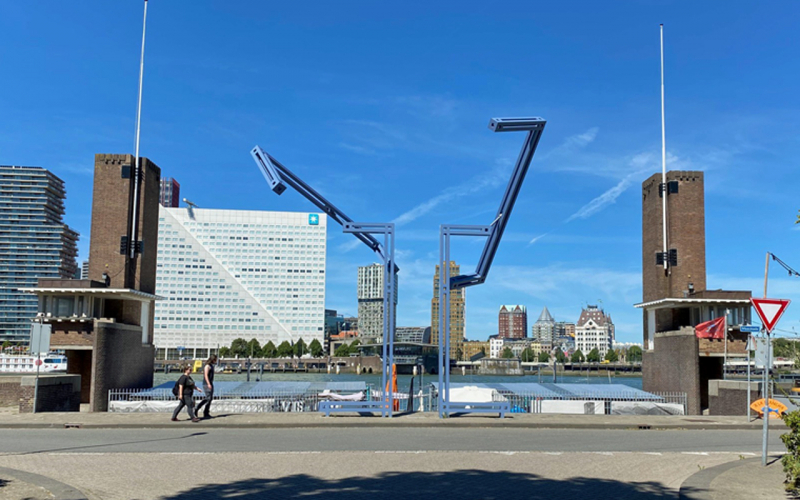 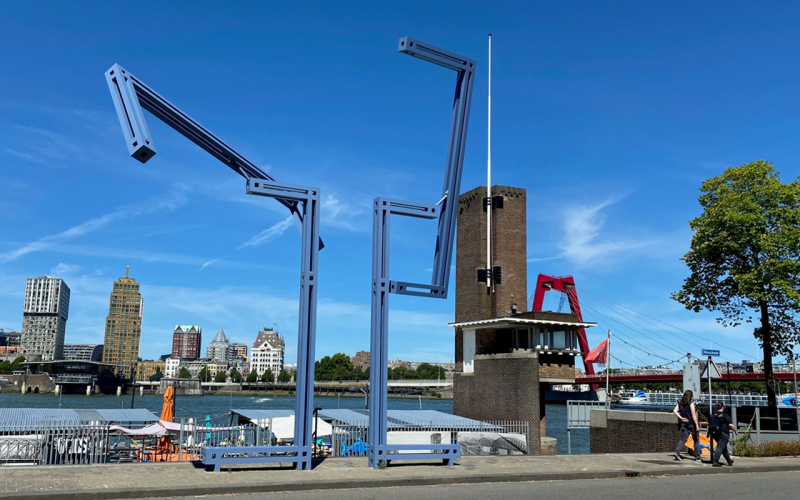 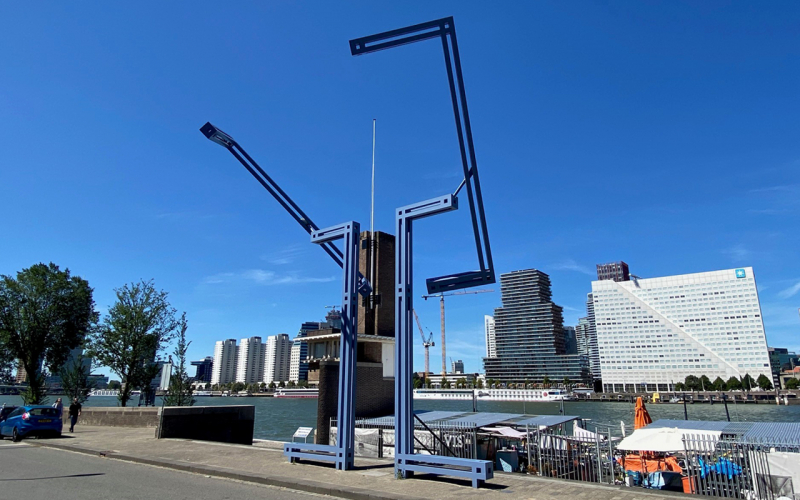 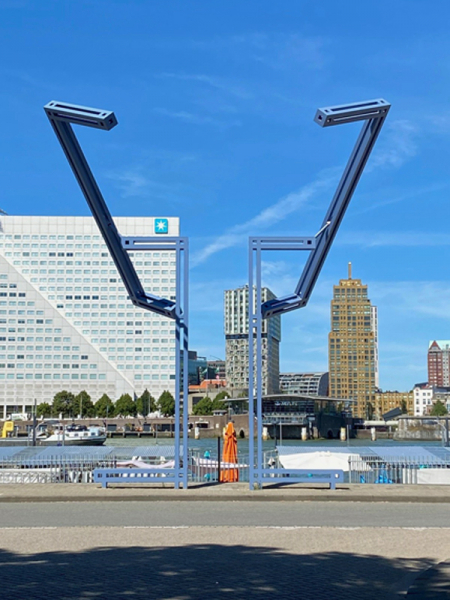 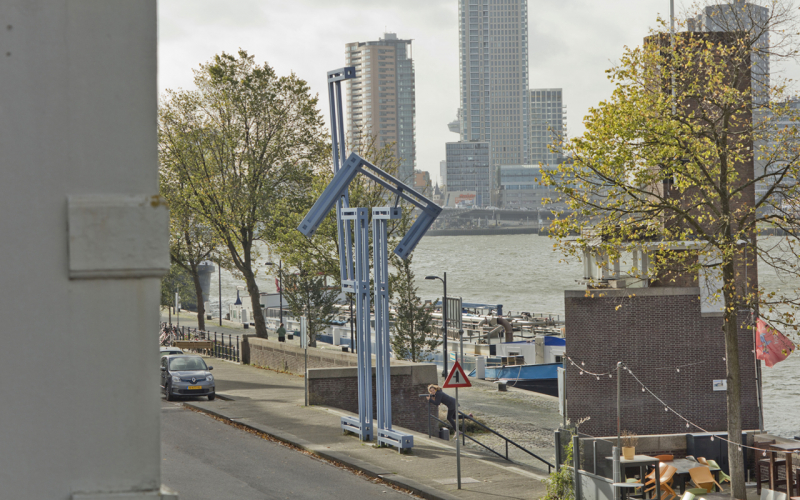 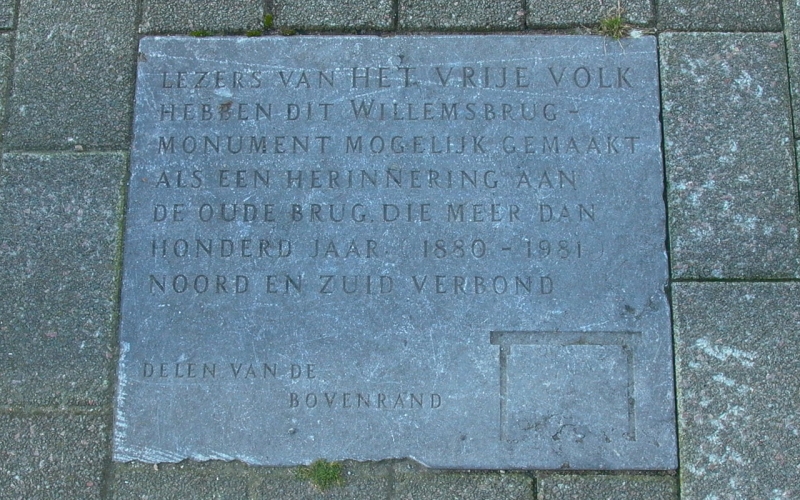 The kinetic object Mobile is made by artist Dik Box and consists of two moving hook shapes on uprights. This sculpture, in memory of the old Willemsbrug, is made up of aluminum tubular profiles and stands on the bridgehead of the former bridge. The shape of the sculpture is sleek and industrial: a reference to the functional shape of the old Willemsbrug, which was one of the oldest bridges in the Netherlands. This statue was created at the initiative of Het Vrije Volk, which held a fundraising campaign for the realization of the artwork. An amount of fl. 40.000 was offered to the then mayor in 1980. The sculpture was placed in 1985. A stone plaque has been placed in front of the statue that reads: “Readers of the Free People have made this Willemsbrug monument possible as a reminder of the old bridge that connected north and south for more than a hundred years (1880 - 1981).” For comparison, an impression of the silhouette of the old Willemsbrug can be seen at the bottom right. In 2020 and 2021, the work was temporarily moved from its place for a thorough restoration. On October 27, 2021, the artwork was repainted and placed back. In consultation with the artist, the image has been given a slightly different color, so that it fits better in its current environment.

The sculptor Dik Box (Haarlem, 1947) has regularly performed works of art for the Government Buildings Agency and various provinces and municipalities. For a long time he worked as a constructivist with kinetic objects. After that he started to work more figuratively, after which he allowed more abstraction around his images around 1998.