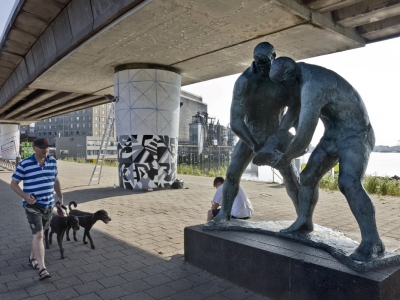 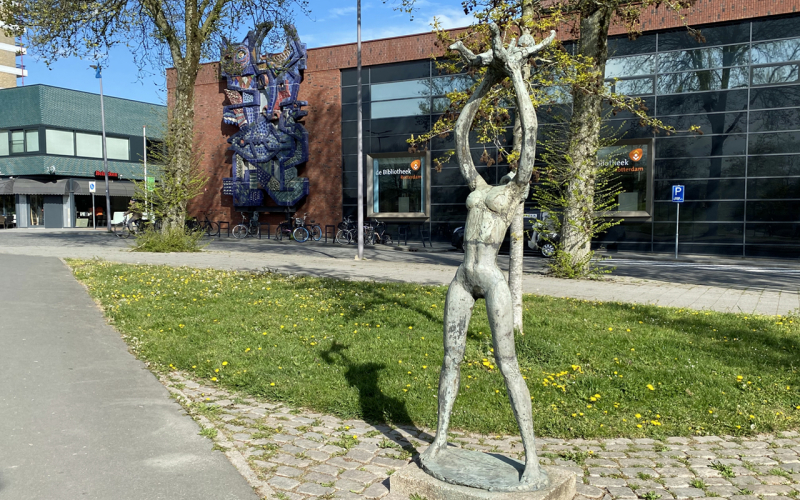 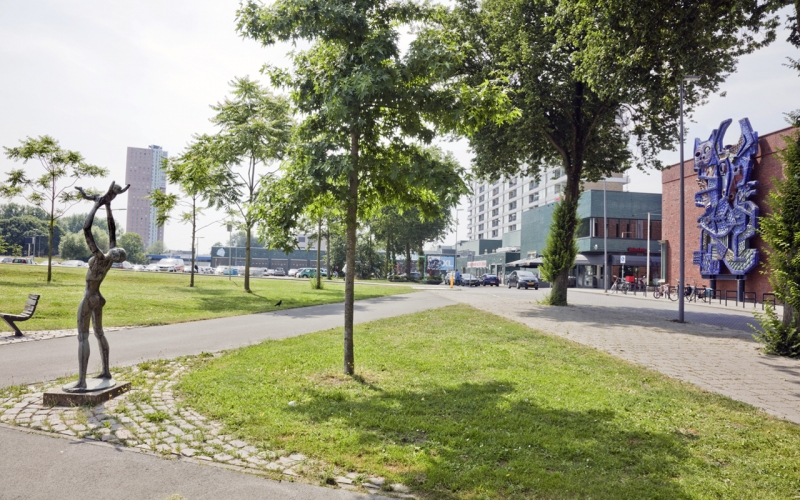 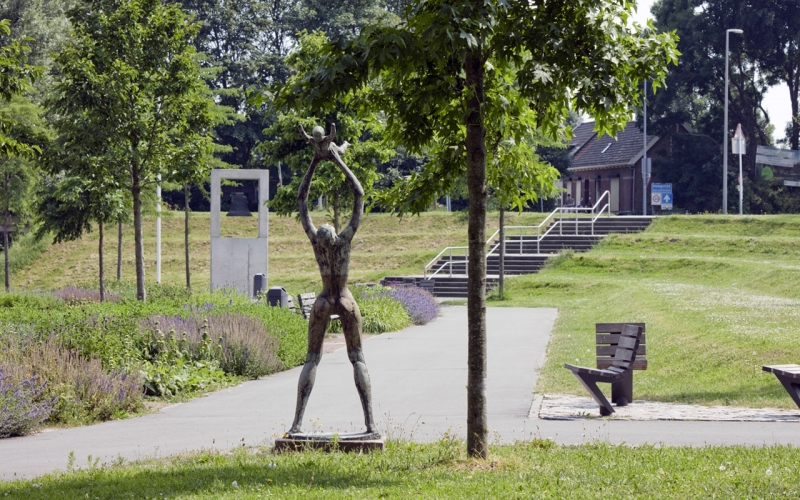 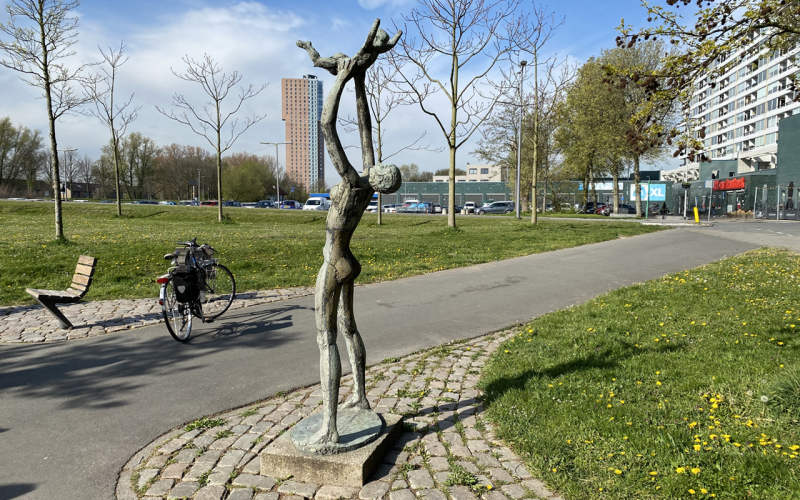 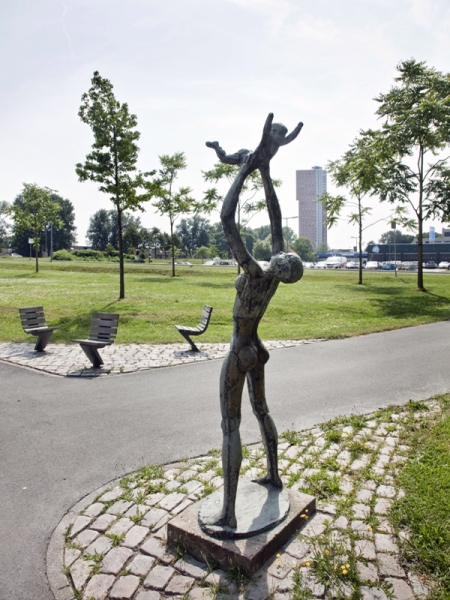 This sculpture by sculptor Ek van Zanten has been relocated in 2016 in this redesigned park between the Achterweg and Kinheim. The artwork is a two-meter-high woman who holds a happy child up above her head. The title is Mother and child and the image is full of dynamism and zest for life. It is unknown exactly when the work was made and / or placed, but probably in the mid-XNUMXs in the context of the urban embellishment of Hoogvliet. An amount was made available to beautify the Hoogvliet district with visual art. Other examples that have been realized in this scheme are, for example Le Tamanoir from Alexander Calder and The infinite house from Gust Romijn. Behind Mother and child hangs the 9 meter high ceramic relief by Dick Elffers The primordial world of the animal compared to the synthetic world.

Ernst Arnold Frederik Robert van Zanten (Ek) van Zanten (Zaltbommel, 1933) is a Dutch sculptor and draftsman. He studied at the Rijksacademie in Amsterdam, then followed an art course in Brussels, then took part in the international sculpture exhibition in Sonsbeek in 1955 and won the Prix de Rome that year. He mainly made large figurative sculptures, commissioned for Dutch municipalities, and in 1963 won the Hilversum culture prize for his Europe and the Bull (1961) there. Some 30 images of his hand have been placed in the country. He also made tokens and taught at the Minerva Academy in Groningen.