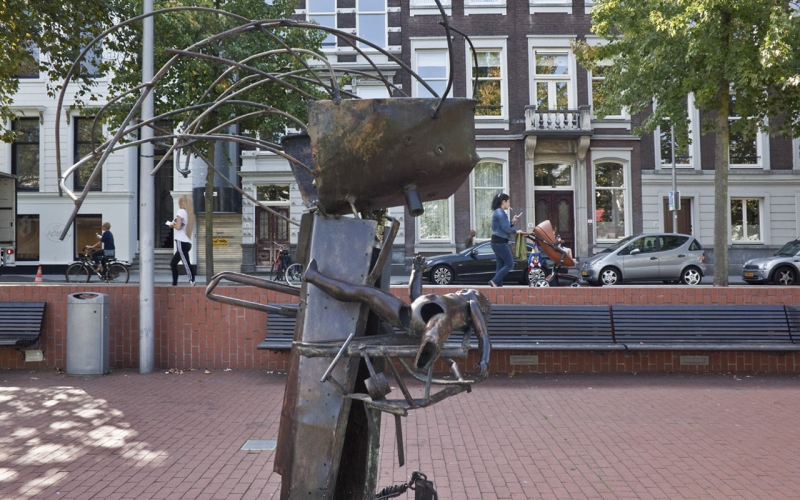 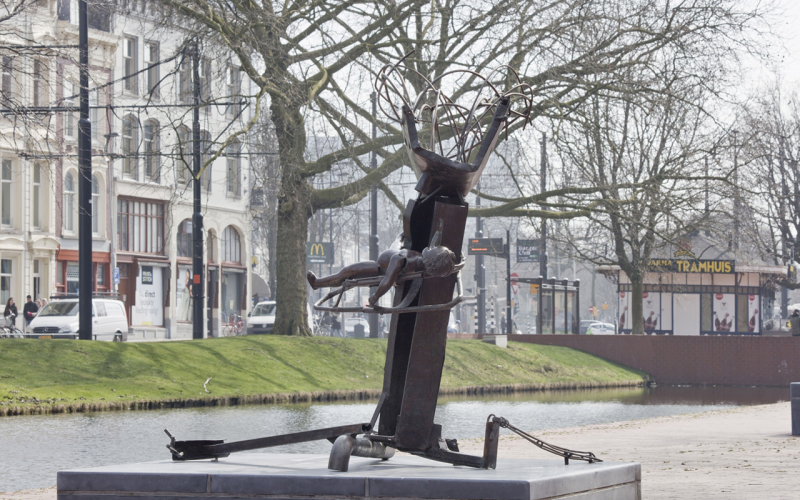 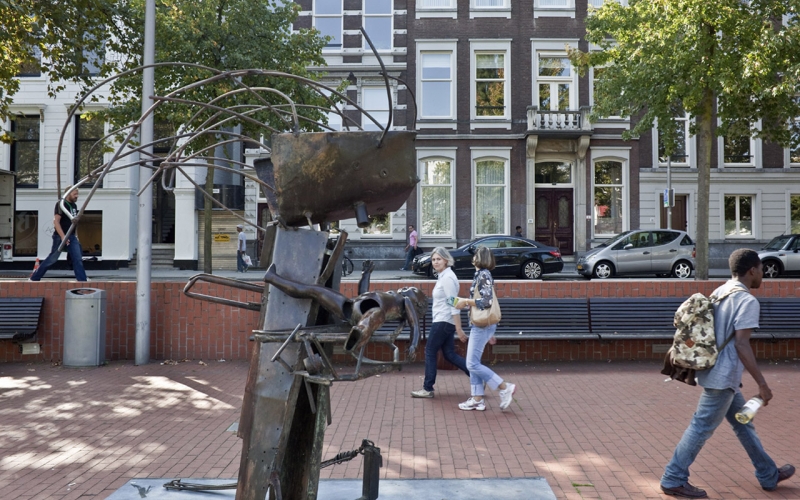 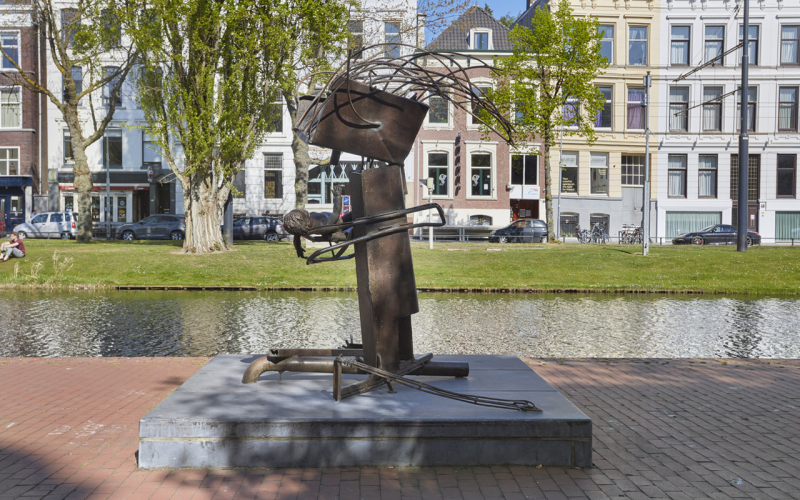 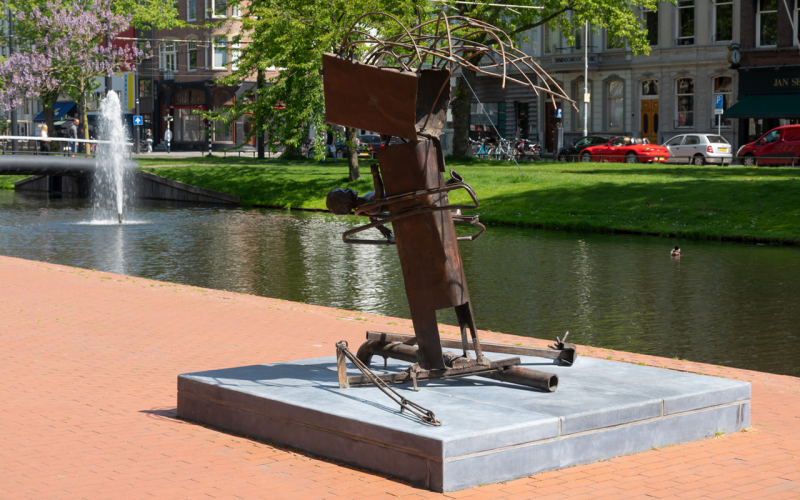 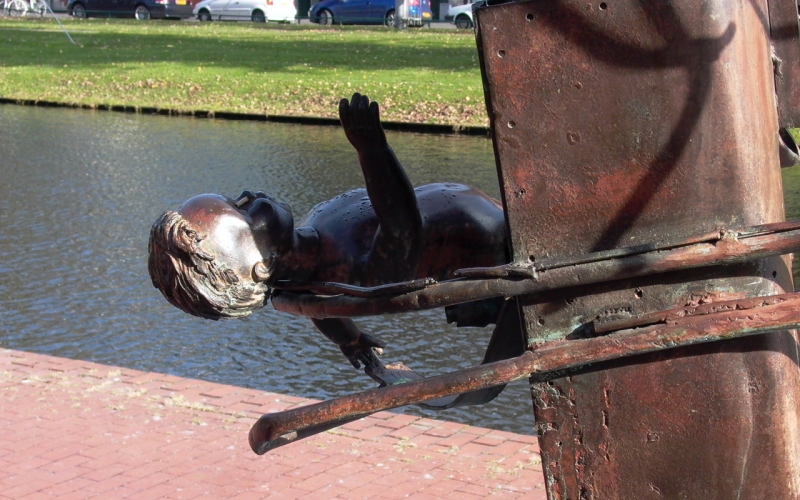 Sculptor Carel Visser came up with a beautiful design for a ship, but that did not fit in with the sculpture terrace theme of the human figure. He then designed Mother and child. This expressive image is an assembly in which all kinds of found objects and waste materials are combined into a whole, which is cast in bronze. The original parts from which the object is built remain recognizable, despite the fact that they have started to play a different role in the final representation. The child is a cast of a baby doll, whose round, dense shapes contrast with the much more abstract mother figure, which appears to be built up more of industrial shapes. This work has thus become a very contemporary variation on the 'Mary with child' theme from art history, in which the child always lies on your lap. But because the child here is a baby doll and mother looks like a pile of scrap metal, the work is mainly humorous. Some see in this duo not so much a caress as a monstrous mother who wants to devour her child (which also refers to a mythological subject from art history: the Greek Medea, who kills her children). The theme and method of assembling makes this image an exception in Visser's much more abstract-constructivist oeuvre, although the treatment of separate parts in the space is characteristic. For more information: Sculpture International Rotterdam.

Sculptor Carel Visser (Papendrecht, 1925 - Le Fousseret, France, 2015) has played an important role in shaping post-war art history. After studying Architecture at the Technical University in Delft, he attended the Hague Academy of Visual Arts. In the period of more than fifty years that followed, he explored fundamental sculptural problems such as structure, appearance, space and connection between volumes. His constructivist oeuvre has won several awards and participated in the Venice Biennale, the documenta in Kassel. His work has been purchased by various museums.