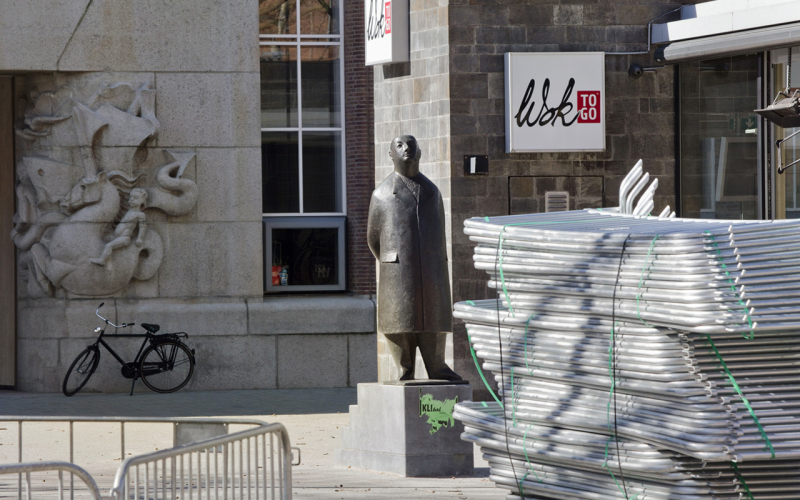 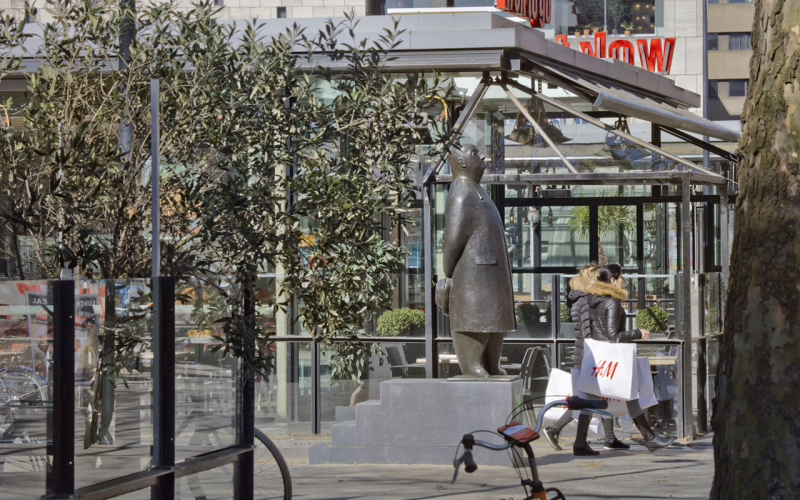 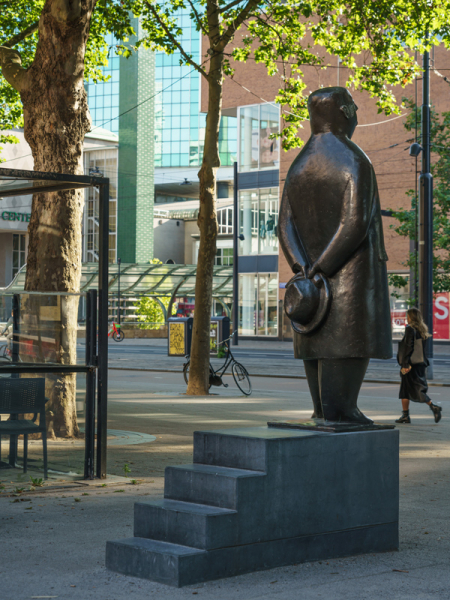 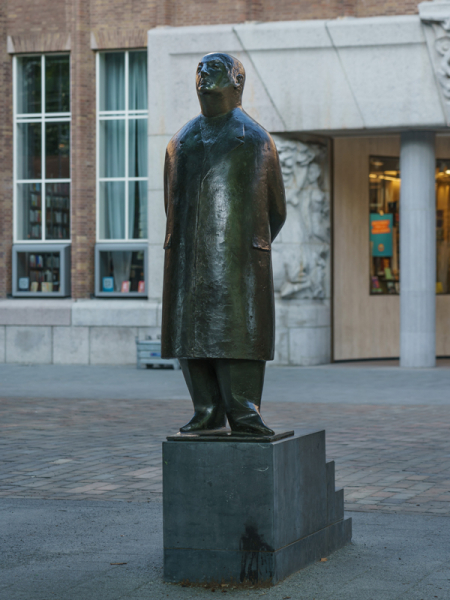 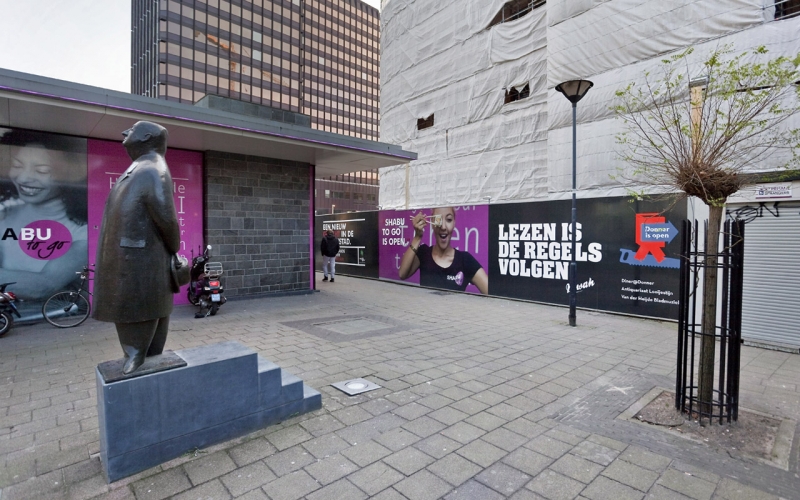 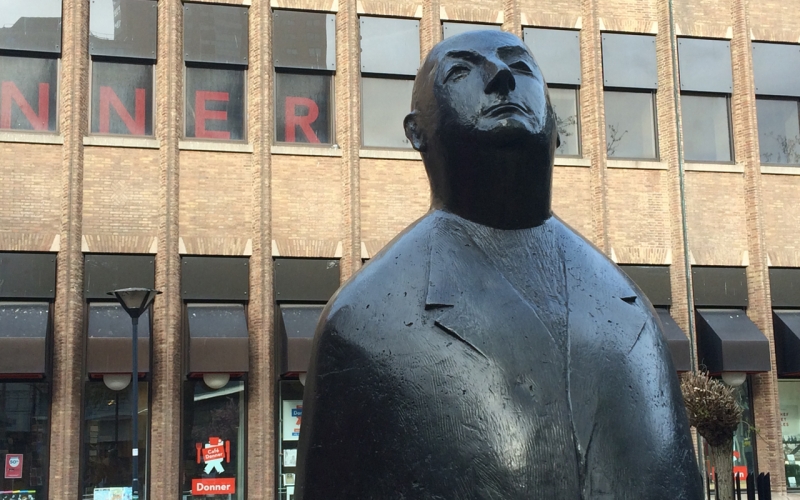 Monsieur Jacques was manufactured in 1956 by Oswald Wenckebach. The statue ended up in Rotterdam in 1959, after it had been shown as part of the Dutch entry at the 1958 World Exhibition in Brussels. The sculpture is not a portrait of a real person, but the depiction of a self-satisfied civilian: the chest out, the nose up and the hat in the hands behind the back. Wenckebach made a series of small sculptures, in which Monsieur Jacques plays a role. For example, there is the 'Jacques with worries 'and the'Jacques on holiday'. The series of small bronze statues in different postures is in the possession of Museum Boijmans Van Beuningen. Monsieur Jacques got its name because the figurine 'Jacques on vacation 'the maker was reminiscent of the poet Jacques Bloem. Monsieur Jacques is the stereotype of the Dutch little man. A specific character trait is highlighted and enlarged in every frame. The Monsieur Jacques on the Coolsingel is a typical self-satisfied citizen, who knows how to evoke everyone's sympathy. The image is designed in a simple manner, details have largely been omitted. Monsieur Jacques wears an overcoat, although this is mainly deduced from the silhouette of the figure. His arms seem to have stuck to his body. The model of the jacket is only briefly defined by the presence of a few recessed lines and raised areas, which indicate the position of lapels and pockets. The male's pants and shoes have also been simplified in a similar way: where the pants merge into the foot is left in the middle. Due to long-term work on the Coolsingel Monsieur Jacques in 2018 temporarily placed in the garden of CultuurWerkplaats Tarwewijk. January 2021 the statue was placed back on the Coolsingel. For more information: Sculpture International Rotterdam.

Ludwig Oswald Wenckebach (Heerlen, 1895 - Noordwijkerhout, 1955) was apprenticed to 1910 by his uncle, the painter Willem Wenckebach, and attended art courses in Haarlem and Vienna. In 1919 he returned to the Netherlands and went to live in Schagen. There he became acquainted with the sculptor John Rädecker, who encouraged him to start sculpting. He initially worked in the classical Greek tradition. From the fifties he developed a more personal, figurative style: a subtle style of styling, but his figures retained a certain rigor. Slowly his free figure plastics got their own character with a sleek, stylized design and a mild, more everyday - sometimes ironic - appearance. Around 1955 Wenckebach was named Knight in the Order of the Netherlands Lion.