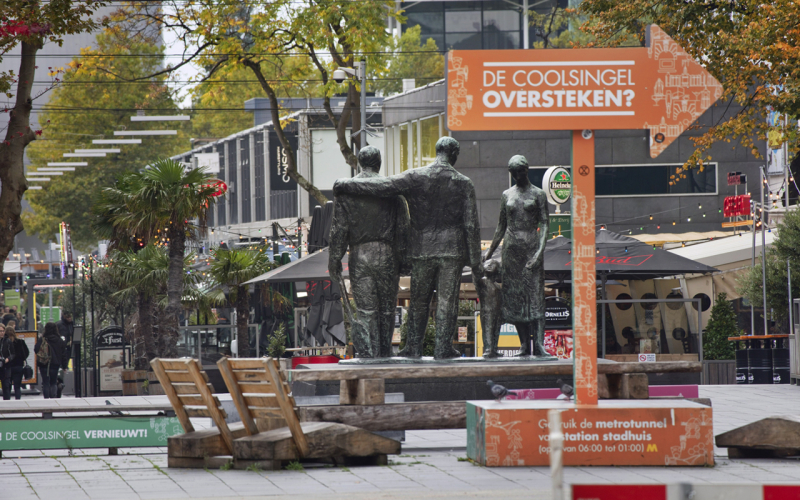 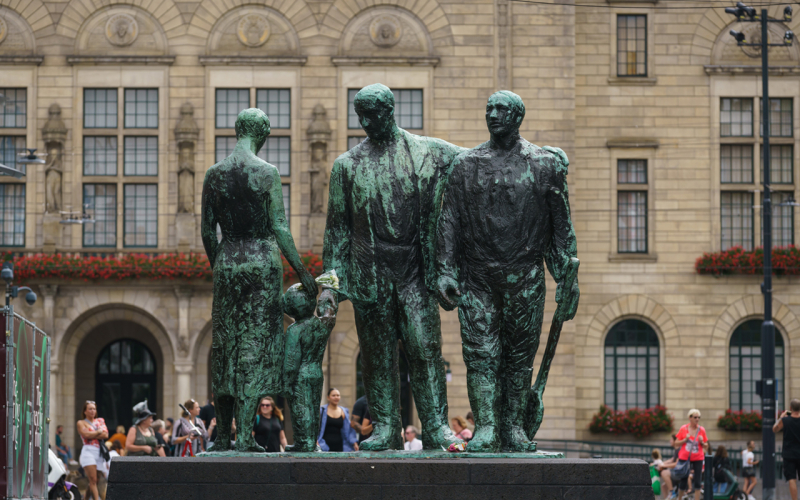 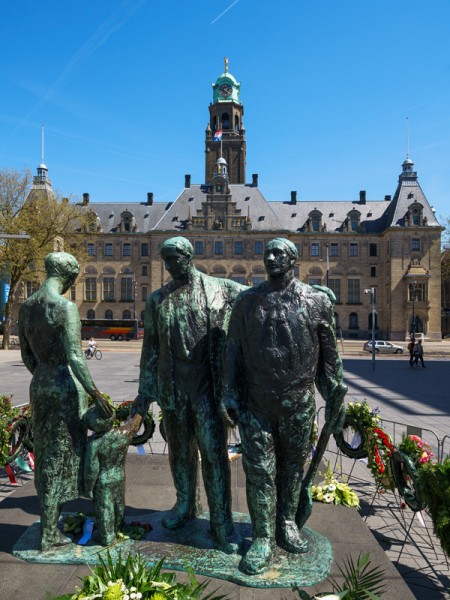 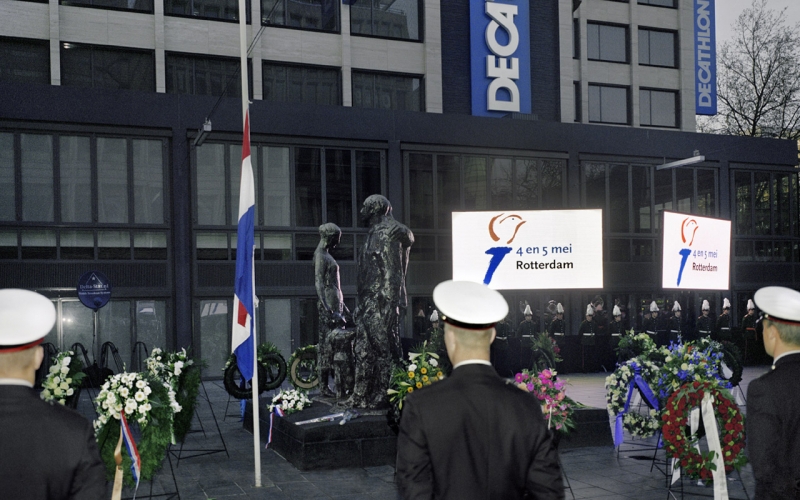 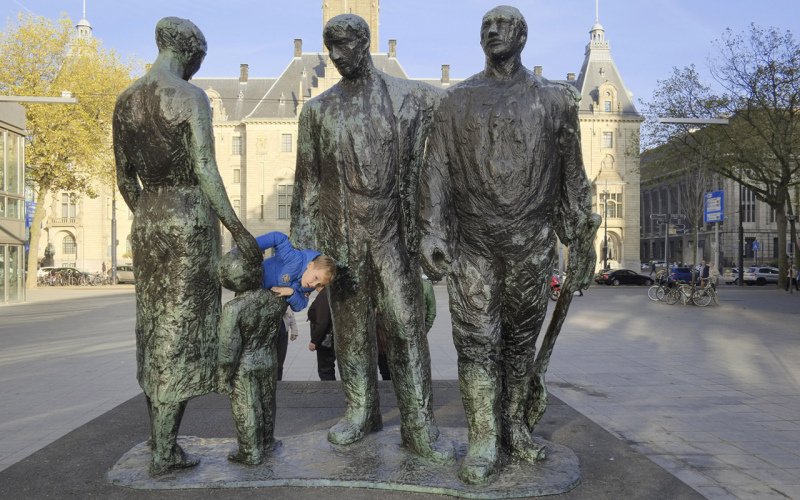 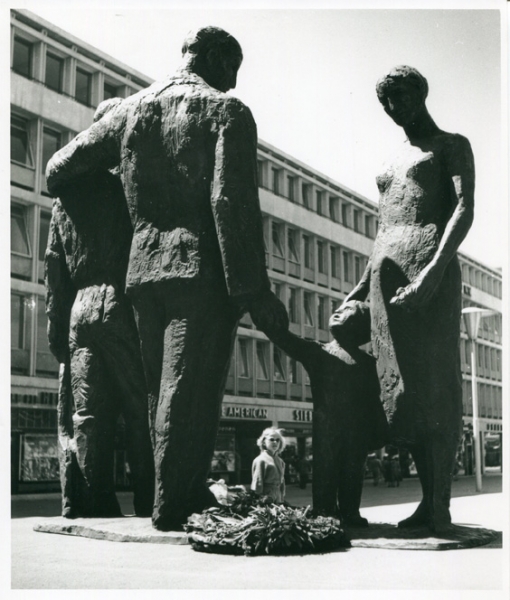 The Monument to all fallen 1940 - 1945 arose as a result of a competition organized by the Committee for the Establishment of a Rotterdam Memorial founded on 16 May 1945. None of the entries were satisfactory, after which the Dutch Circle of Sculptors put forward some sculptors on their own initiative, including Mari Andriessen. He had built a great reputation with images that referred to the resistance, such as The Docker (1952) in Amsterdam, and was commissioned in 1953. After his stay in Rotterdam to taste the atmosphere, Andriessen made a design for a sculpture group consisting of a woman and two men. At a later stage he added another child to make it more dynamic. The four figures embody the present, past and future: the grief for the past takes shape in the bowed head of the woman, the child represents the coming life, the man in the middle shares the sorrow of the woman, but at the same time has his arm around the man who faces the future, spade in hand, ready for reconstruction. The statue is strategically placed, between the old City Hall and the new construction of the Lijnbaan. The words 'Stronger through struggle' can be read on the plinth. Wilhelmina spoke these words after her return from England and Rotterdam has included them as a motto in her coat of arms. On the other side is a poem that Clara Eggink wrote with the statue: “The work of the day requires a gifted person. Disaster must be forgotten for its recovery. Like the swarm of gulls on your harbors, the urge to life inevitably turns. Yet your prosperity also sustains the untimely grave of those who now know of no construction. Remember this irreparability - then your offspring will eat their bread in freedom. ” This image forms along with The destroyed city from Ossip Zadkine and Unbroken resistance by Hubert van Lith an ensemble about the war and the resistance. Princess Wilhelmina unveiled the statue on May 4, 1957. For more information: Sculpture International Rotterdam.

Mari Andriessen (Haarlem, 1897 - 1979) graduated in 1923 from the Rijksacademie in Amsterdam. He made reliefs with Biblical representations, flat and stylized. In the second half of the thirties Andriessen got other clients and started modeling his sculptures, creating spatial sculptures. The gestures and body postures of his images, which are primarily human figures, became more pronounced. Andriessen was in the resistance during the Second World War. That is why he was asked monuments in memory of the victims. Among other things, he made the Dockworker in 1952 in Amsterdam.