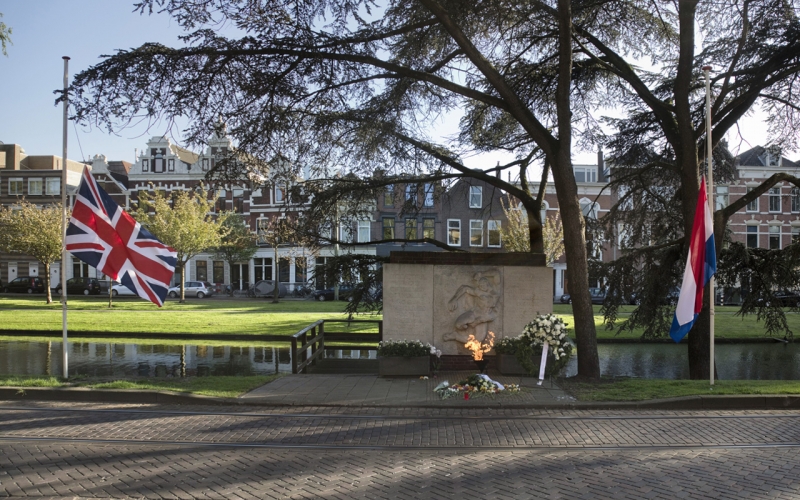 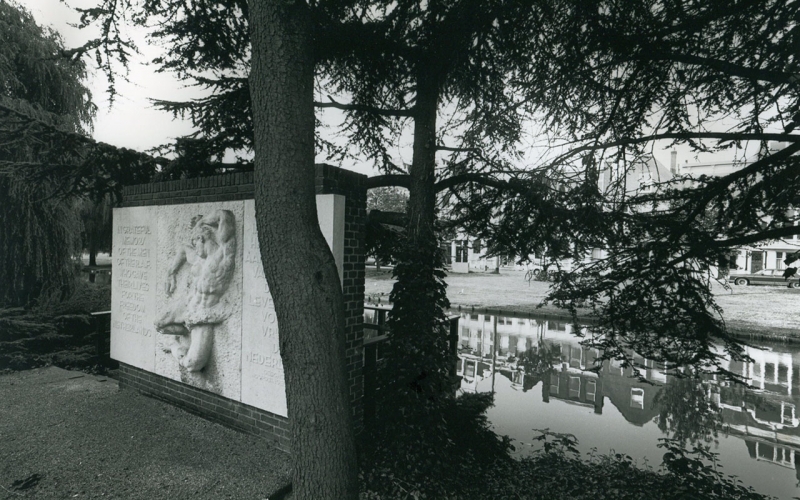 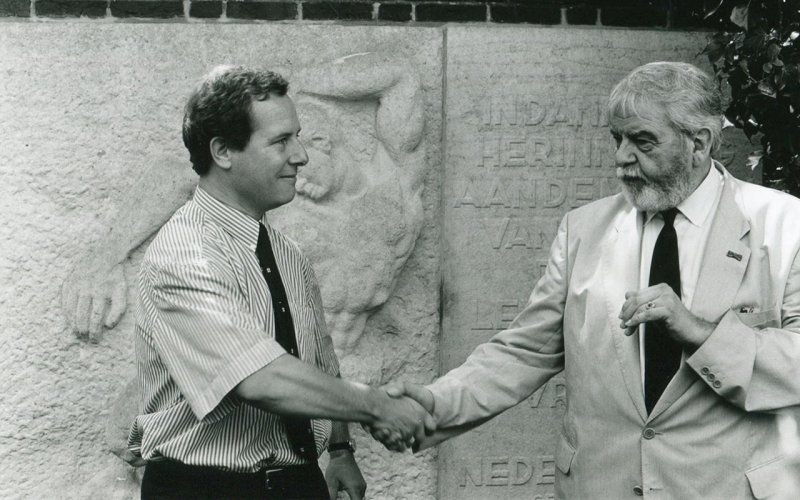 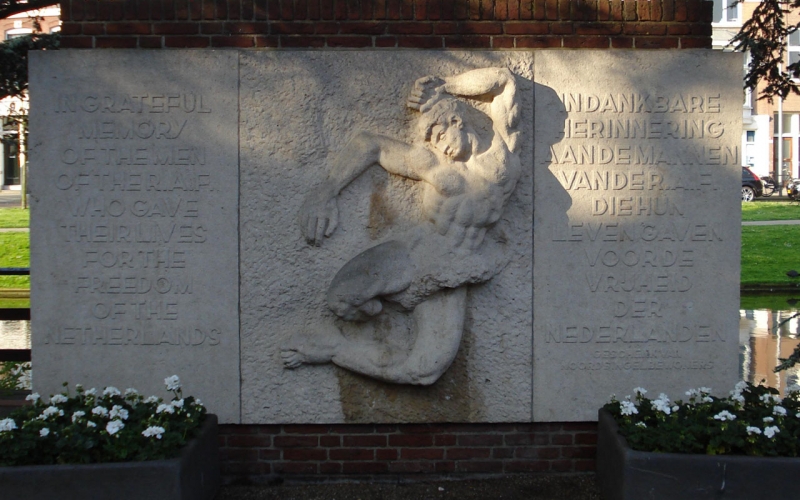 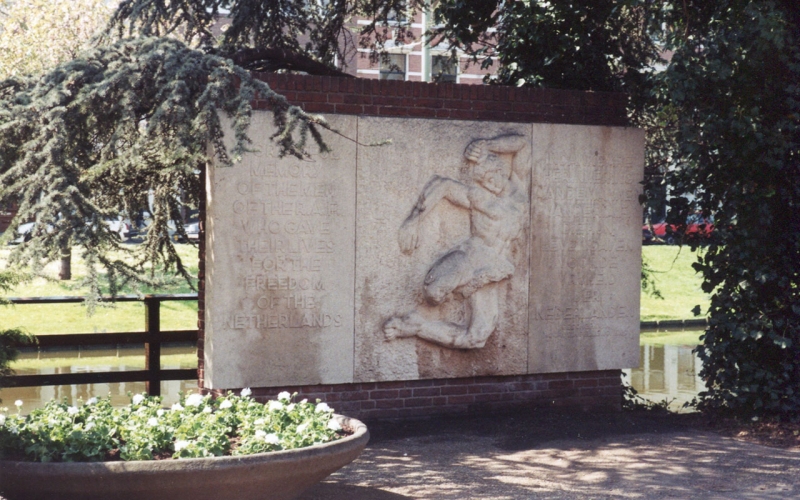 This Monument for the fallen English kites is a gift from residents of the Noordsingel. The reason was an English squadron of the British Royal Air Force (RAF) taken down by the Germans. This memorial commemorates the killed crew of the downed warplane that crashed on the Noordsingel in front of the Courthouse on 16 July 1941. According to the residents, the pilots maneuvered the crashing aircraft in such a way that it did not land on the buildings, which saved many civilian lives. The monument was created by sculptor Willem Verbon and consists of three sandstone slabs and a brick end wall with wooden scaffolding. In the center is a relief of a floating male figure with a text of thanks for the RAF on either side, one in English and one in Dutch. The text is as follows: “In grateful memory of the men of the RAF who gave their lives for the freedom of the Netherlands. Gift from residents of Noordsingel ”.