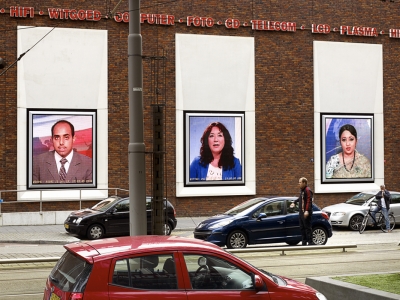 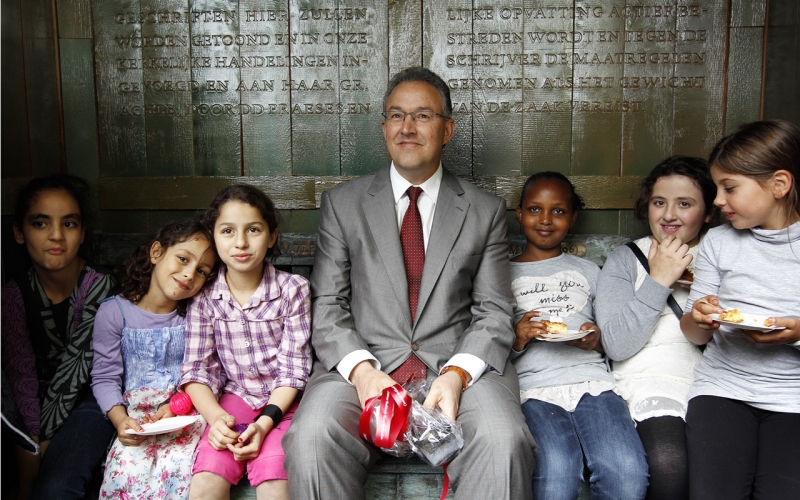 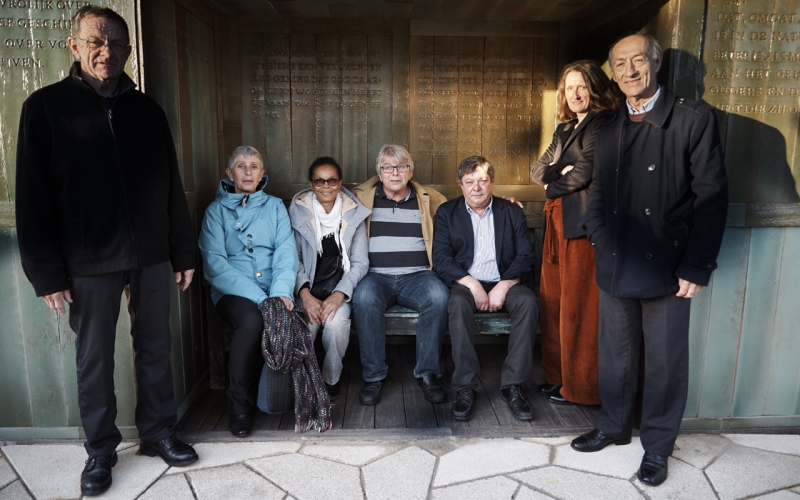 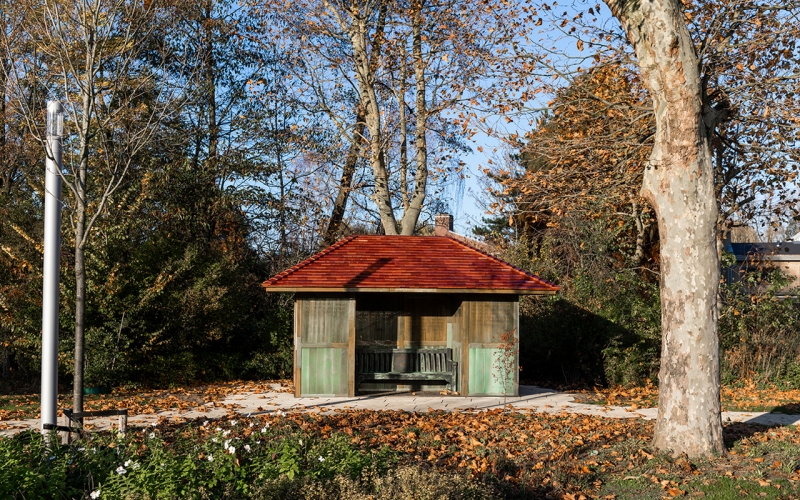 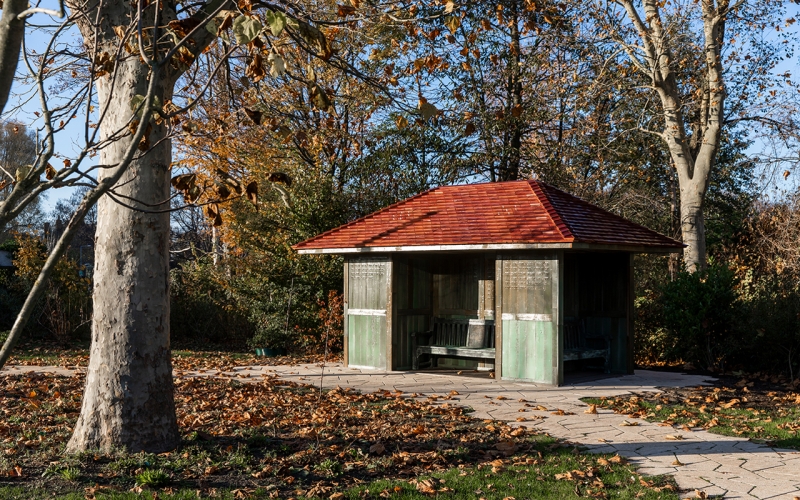 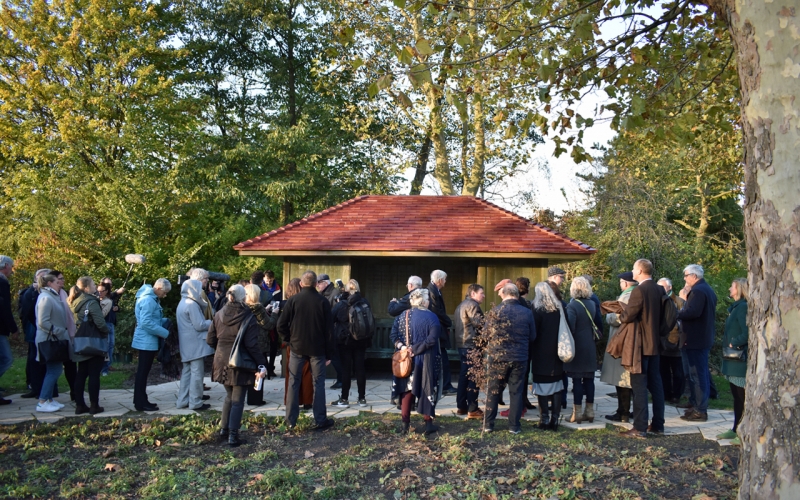 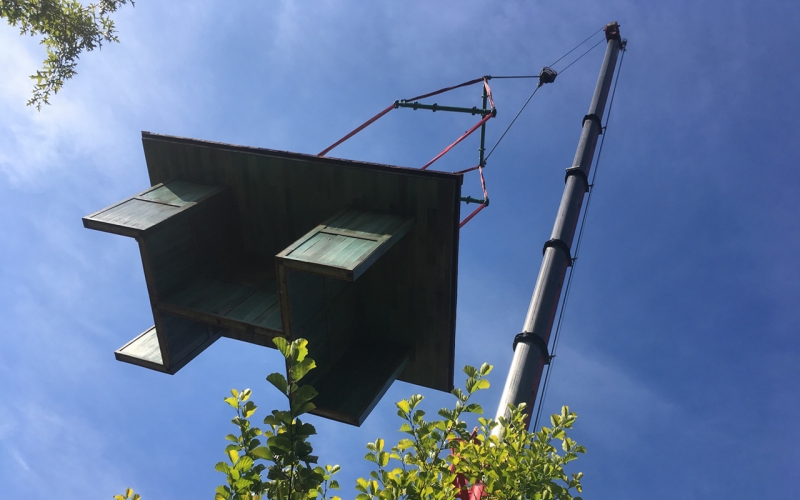 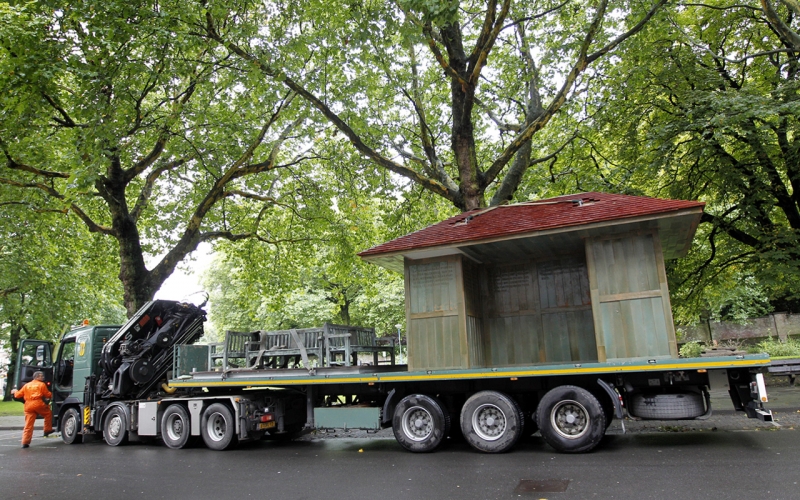 The Monument for Pierre Bayle is a work of art that consists of several parts and has been established in phases since 2007. It started with a bronze sofa, which was part of the temporary sculpture route The stranger, which was organized in 2007 on the occasion of the 25th anniversary of CBK Rotterdam. The reason for this theme was Pierre Bayle (1647–1706), the philosopher of Rotterdam, who died in Rotterdam in 2006 (300 years ago at that time). This sculpture route was the prelude to a monument devised by the Rotterdam artist Paul Cox. Cox was looking for a form that would not lead to a classic statue, but would rather focus on sharing ideas. The benches inspired Cox on an example he had seen in an East English village. In that village it was full of benches, which were erected in memory of the deceased. These were naturally part of public life. This is exactly what Cox also did with the Mfor Pierre Bayle wanted to realize. In his design are 25 benches with a portrait of Bayle and the rule 'Le philosophe de Rotterdam'distributed throughout Rotterdam. In addition, the monument is characterized by a text house, which was temporarily located in 2011 near St. Laurentius cemetery. The text house has bronze text panels with quotes from Pierre Bayle and is accompanied by a few benches. The monument also has value due to the religious tolerance that Bayle supported in life. He defended Muslims and atheists in times when they were seen as a threat to society. This still makes his ideas in the multicultural Rotterdam topical. The text house with benches has been relocated in 2018 on Woudestein van campus Erasmus University Rotterdam.

The Rotterdam artist Paul Cox (1962) studied at the Royal Academy of Visual Arts and Design in Den Bosch and the Staatliche art academy in Düsseldorf. His work is multidisciplinary and often consists of long-term projects, such as the project 'I came by boat, on which he worked for nine years. In addition to his practice as an artist, Cox is affiliated with the Willem de Kooning Academy.