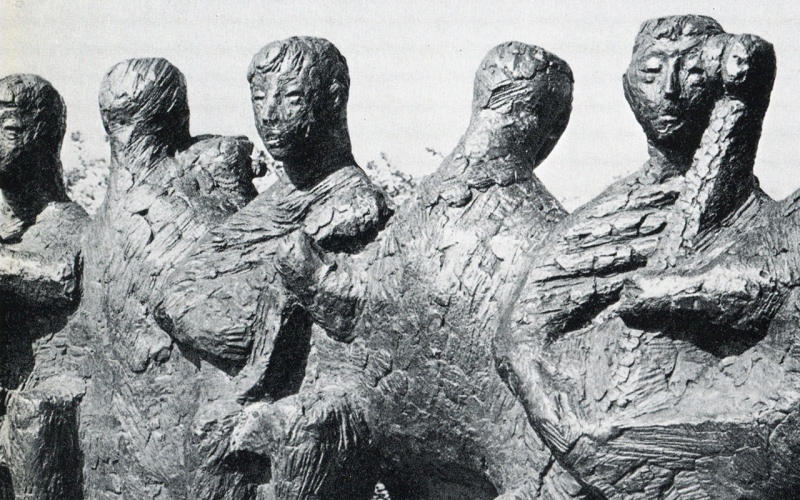 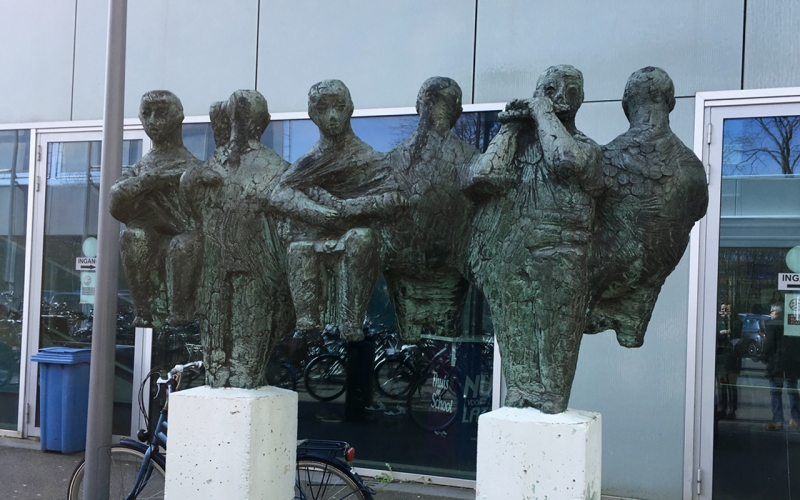 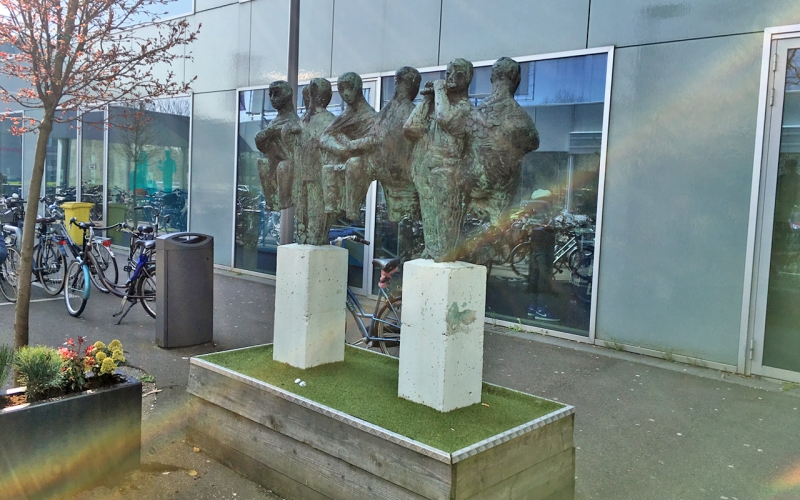 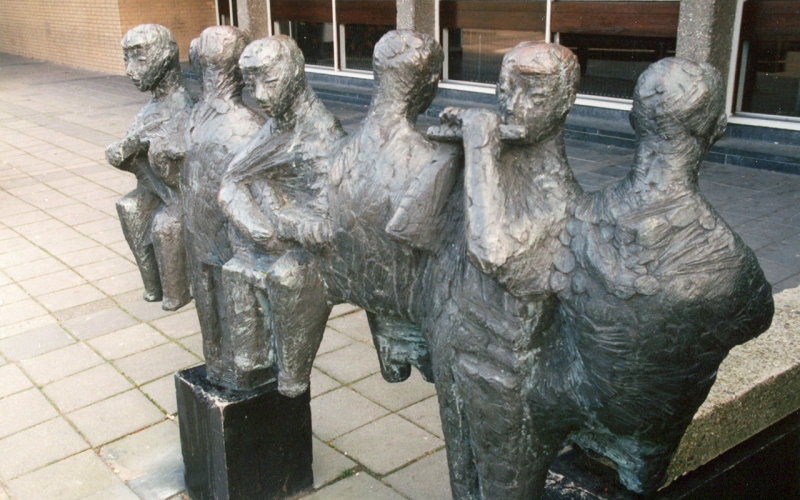 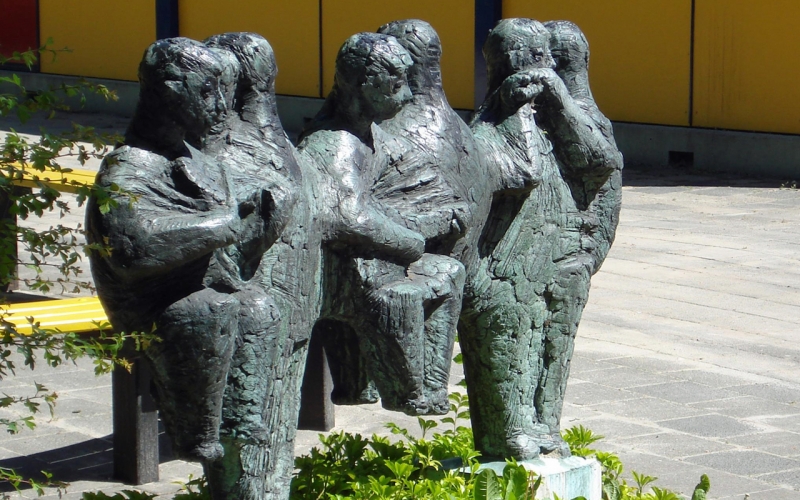 In 1965, the Association 'A school with the Bible' commissioned sculptor and environmental artist Geert Lebbing to create a sculpture of a group of six musicians for the Protestant Christian Mavo school on Foeliestraat. The bronze figures are placed low on two stone bases. They stand alternately with their faces and their backs turned to the spectator and play a clarinet, guitar, bass, piccolo, mandolin and violin. The artwork Musicians is intended to appeal to the young target group of a school. In the 1960s, it was not unusual to make bronze sculptures for school environments, often figurative representations of children, with which students could feel a bond and that visual addition to the schoolyard. The school was enriched with this bronze plastic in September 1965. In 1980 the image was moved for the first time and in 2013 it was placed at the third location: this time on a semi-public site of the Penta / Zadkine college.

Sculptor and environmental artist Geert Lebbing (Haarlem, 1940) has been active in Haarlem, Rotterdam and Krimpen aan de IJssel since the 1960s. He makes sculptures of bronze and stone, as well as environmental designs. Around 1970 he starts a series of assignments for the design of school yards and spaces. In the eighties he added colorful and / or metal visual constructions to his architectural assignments, such as glass roofs with stainless steel elements and non-figurative sculptures. He is therefore already involved in providing urban development advice. From the nineties, he has increasingly been advising municipalities and also CBK Rotterdam for viewing art in public spaces.