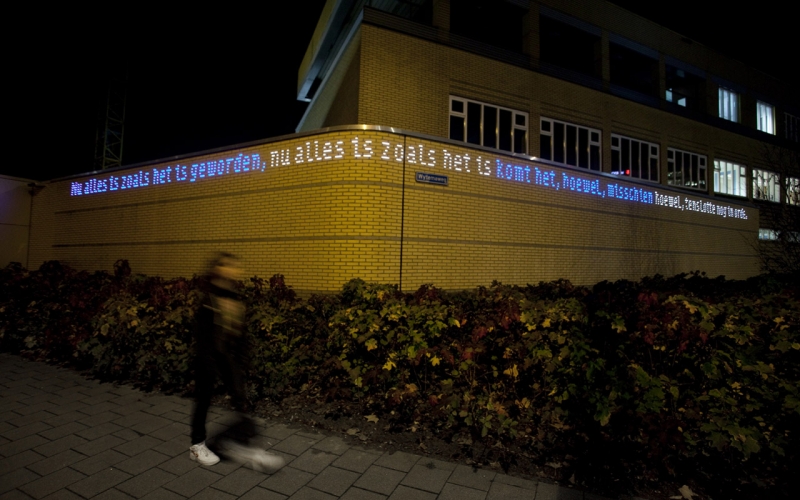 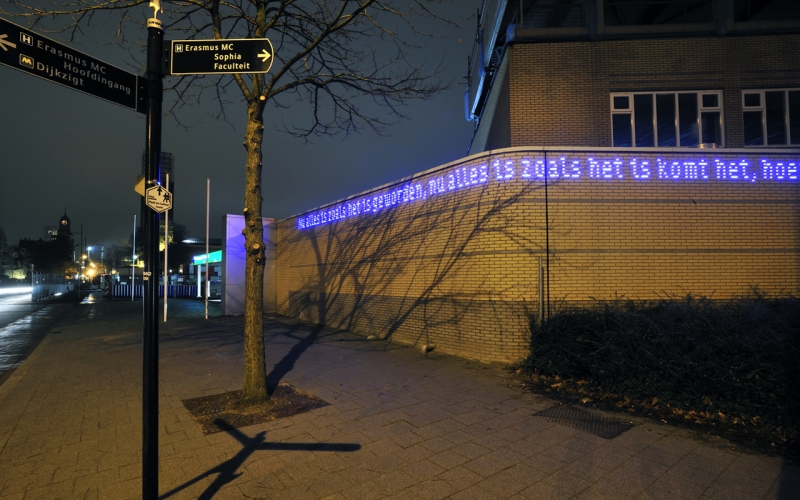 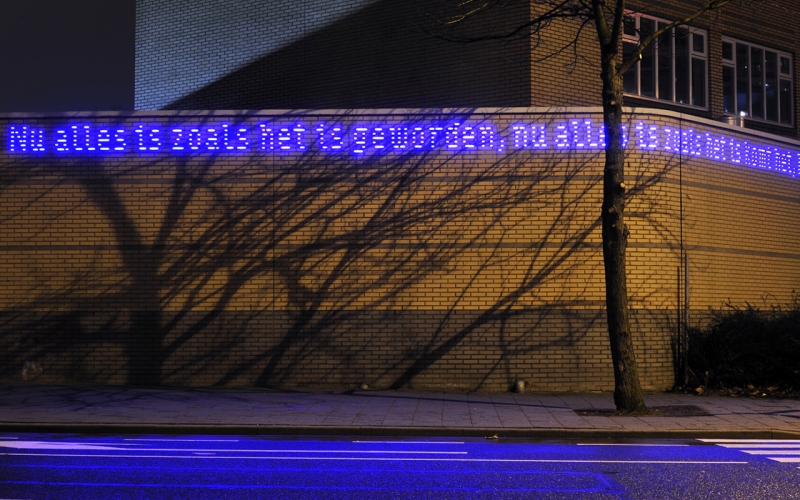 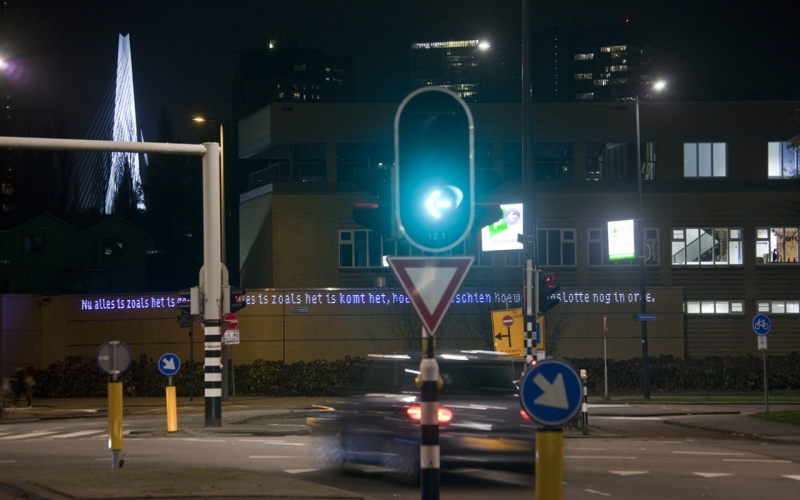 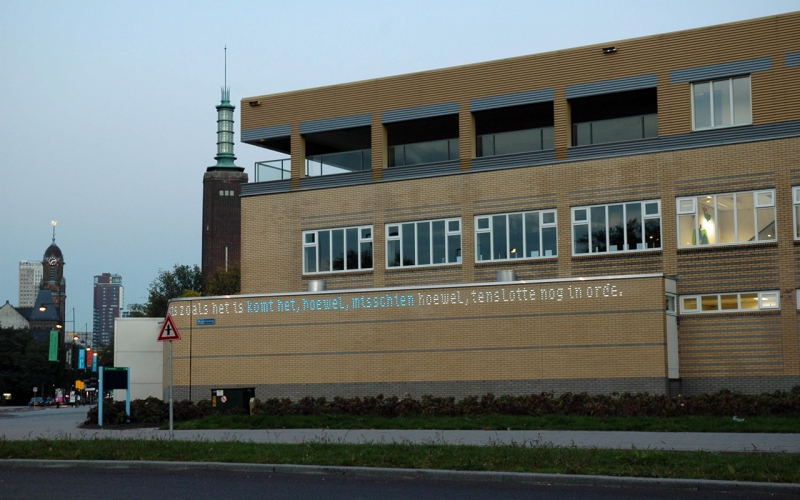 Now that everything is as it has become, now that everything is as it is, it will eventually, although perhaps even though, be all right. These lines of poetry can be read on the facade of the Erasmus MC - Sophia Children's Hospital at the Museum Park. This light installation was put into operation on February 7, 2008 at 17 pm by poet Judith Herzberg. The lines come from the poem written by her Daylight. The work forms a visual connection between Erasmus MC and the Museum Park and consists of alternating white and blue lights, which are beautifully placed in the facade wall and light up at night. Designer Karel Martens designed this fascinating work of art. The application of lines of poetry that refer to what happens behind the facade is an initiative of Erasmus MC and carried out in collaboration with CBK Rotterdam. The work was realized in collaboration with Poetry International, Bouwfonds Cultuurfonds, Sophia Children's Hospital Foundation, Mondriaan Foundation and Erasmus MC Housing Department.

Poet Judith Herzberg (Amsterdam, 1934) made her debut in 1961 with her first poems in Vrij Nederland. Her first bundle appeared in 1963 Sea post. This was followed, among other things Meadow grass (1968) Ironing light (1971) in As (1992). From the early 1970s, theater and TV pieces, film scripts and texts for musicals followed. Her poems have been translated into German, Turkish, Portuguese and English, among others. In 2001, Poetry International commissioned her to write a collection of poems.

Karel Martens (Mook and Middelaar, 1939) is an award-winning graphic designer specializing in typography. He was educated at the Academy of Visual Arts in Arnhem, where he graduated in 1961. After his studies he started as a designer of books, catalogs, magazines, stamps and posters. His designs are characterized by great simplicity and craftsmanship.