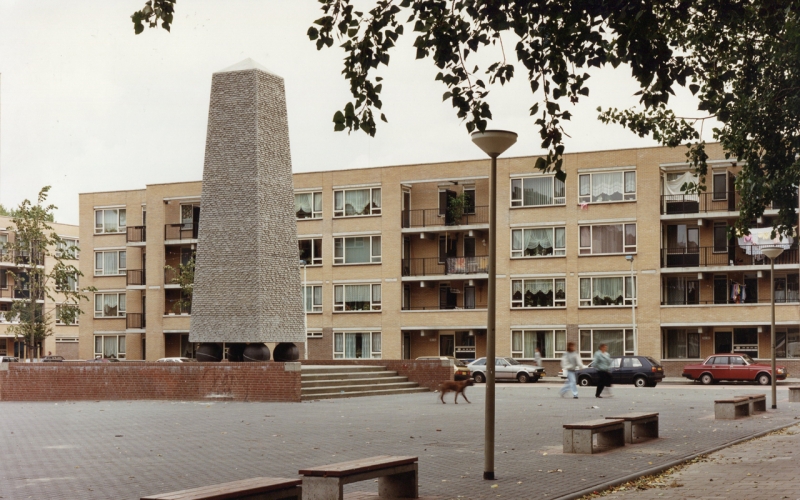 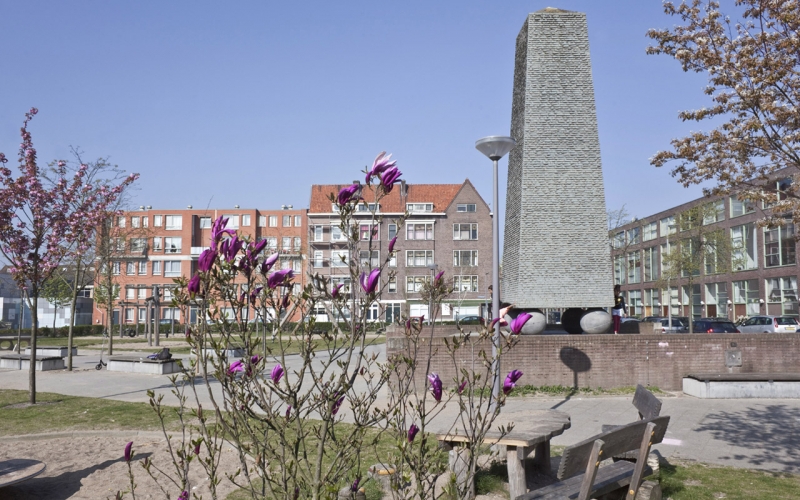 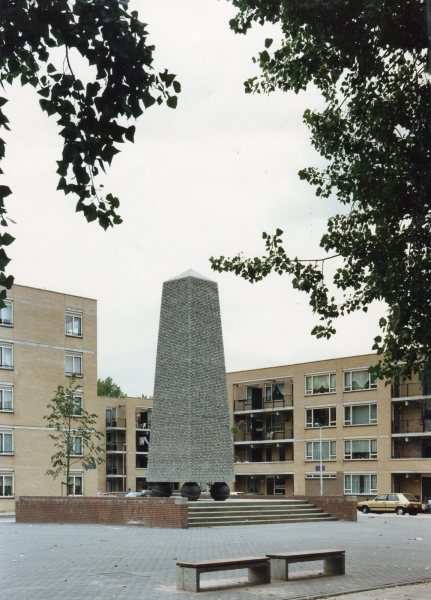 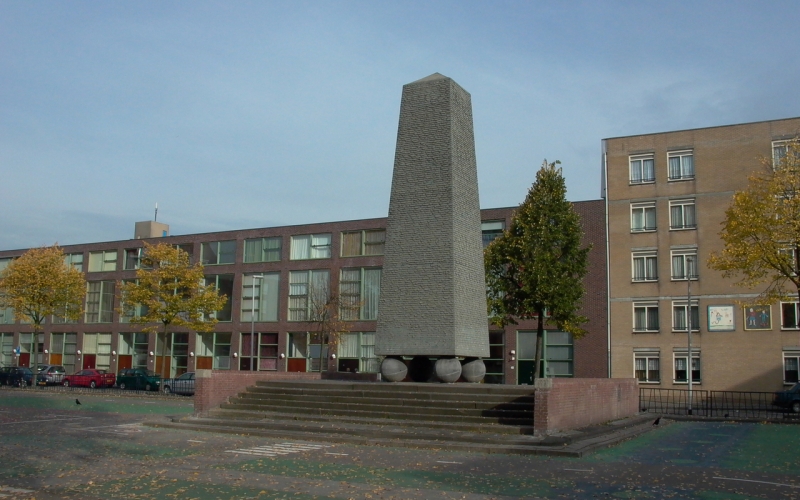 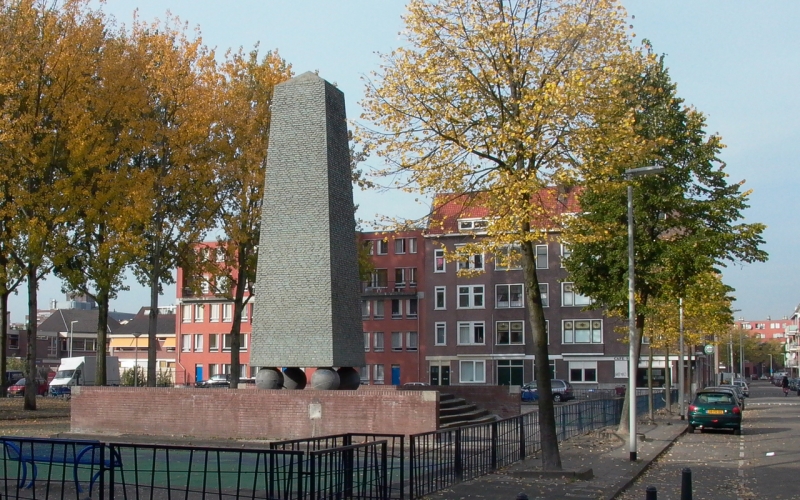 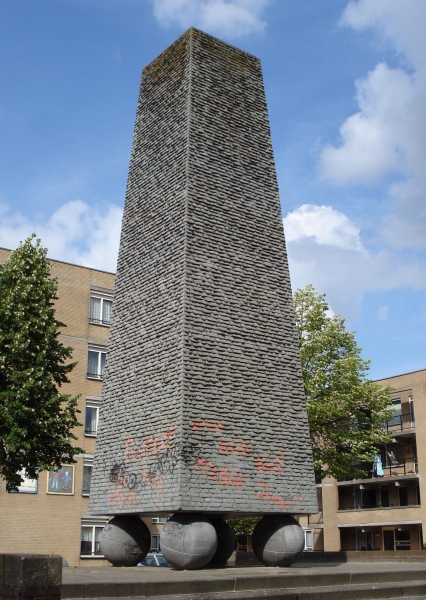 As part of the seventh neighborhood party 'Crooswijk op Stelten', a statue was unveiled on 27 September 1991; a blunt point of turquoise brick, situated on four black spheres. The Obelisk is located on an already existing base, which is formed by the foundations of two houses. Artist Herman Makkink has calculated the dimensions of the object (eight meters high) after extensive study of the situations on the square, the heights of the buildings and the dimensions of the plinth present. The statue was made on the spot and bricked on a concrete plate resting on the bulbs. This image was placed after the urban renewal in Crooswijk was in a final phase. The obelisk as a form for a monument has existed since ancient times. The Obelisk stands in a place that had fallen sharply for a long time.

After studying chemistry in Groningen, Makkink (Winschoten, 1937 - Amsterdam, 2013) began a hike around the world in the late 1969s, describing his experiences under the title 'Around the world on foot'. He eventually ended up in London and became a technical assistant at the London College of Printing Art School. There he took part in various group exhibitions and had his first solo exhibition. In 1972 he was discovered by Stanley Kubrick, who used his work in the movie 'A Clockwork Orange'. In 1987 Makkink settled in Amsterdam. From 2000 to 3 he was a XNUMX-D teacher at the Gerrit Rietveld Academy.