Pieter van Oudheusden, Look for the brain: Marten Toonder and the Artoonists (Rotterdam, 2002)

Tribute to Marten Toonder (2002) The Artoonisten 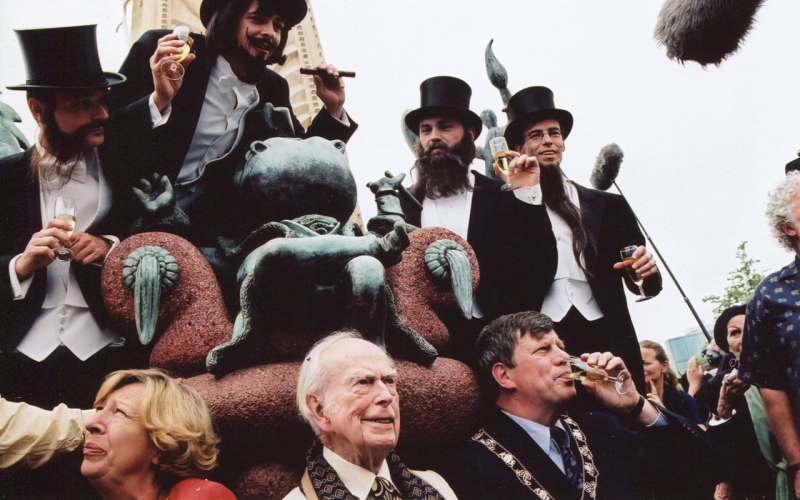 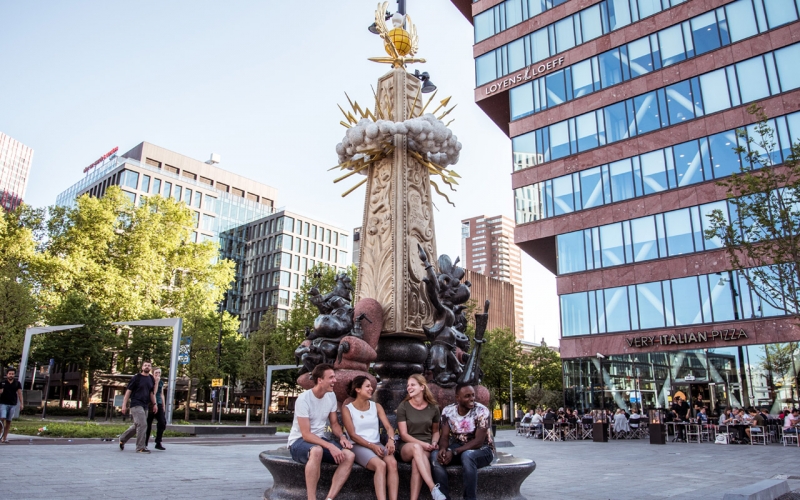 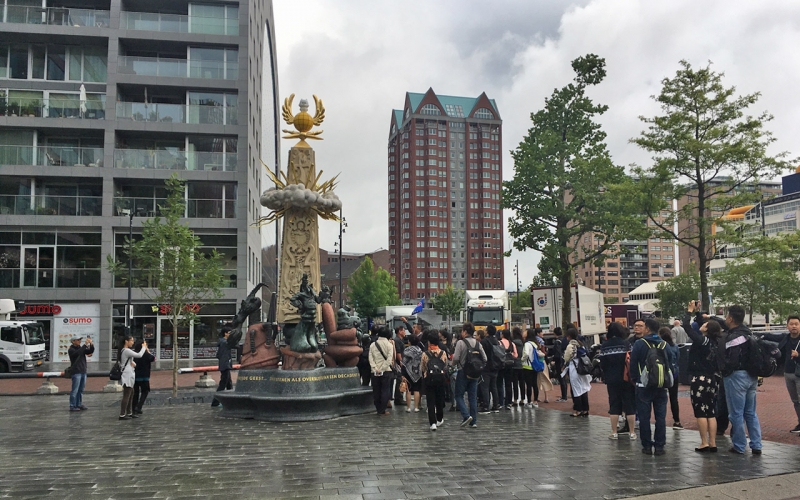 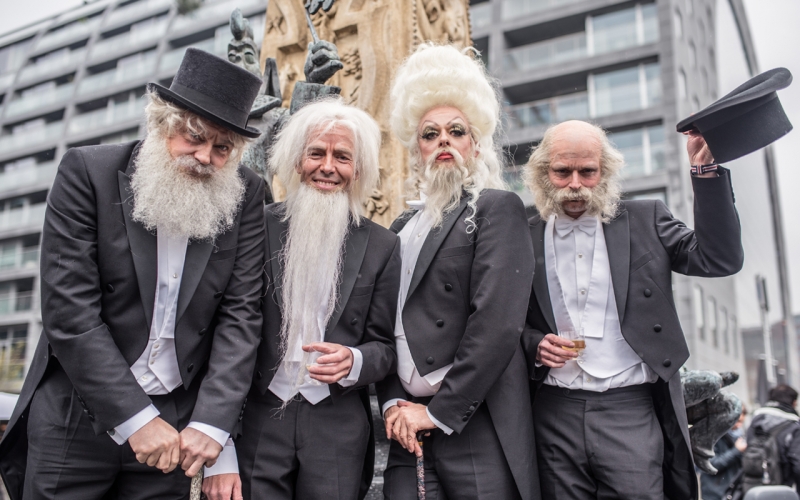 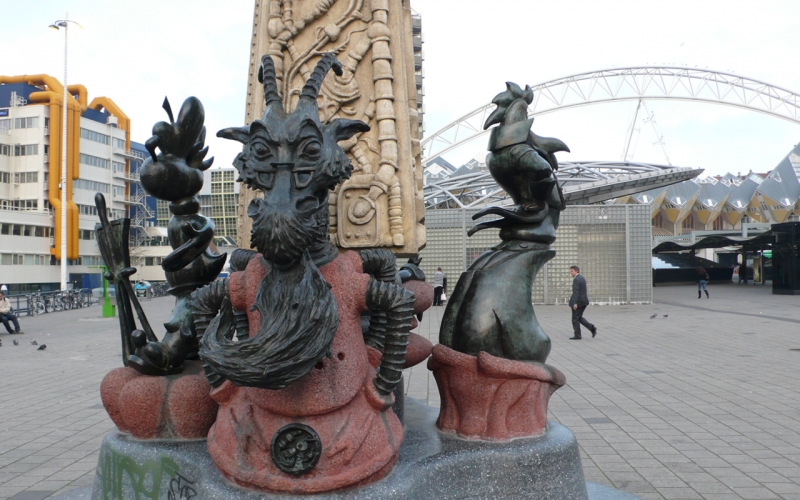 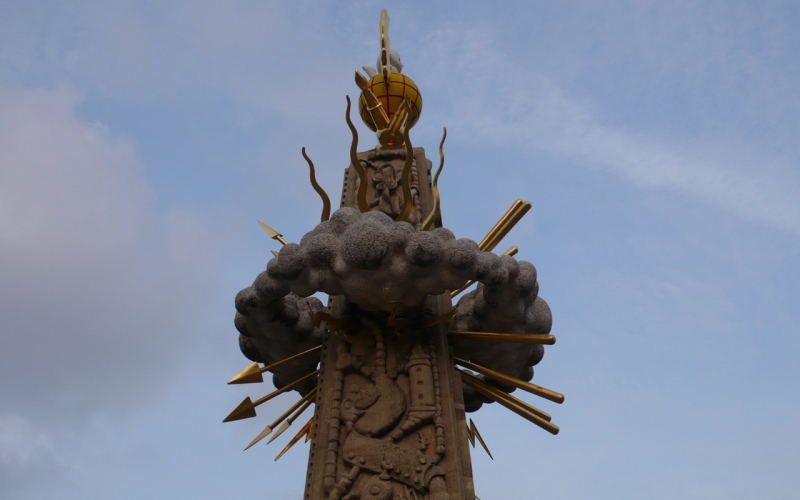 This work of art is a tribute to cartoonist Marten Toonder, who turned 90 on May 2, 2002. The sculpture, more than six meters high, consists of a baroque clover-shaped bench, where four well-known figures from the Toonder comics are on thrones: Marquis De Cantecler, mayor Dickerdack, professor Sickbock and the painter Terpen Tijn. They represent four force fields in society: philosophy, politics, science and economics. A large obelisk towers above this, illuminated on four sides with reliefs. The obelisk is crowned by a brush and pen, symbols for Toonder's drawing and writing skills, a globe, which refers to the fantastic universe of the comics, and Tom Poes, personification of Reason. Although Marten Toonder has not lived in the Maasstad all his life, he said in an interview that as far as he is concerned, there cannot be enough statues in the city. He added: “Rotterdam, my hometown, I have a soft spot for that. Twenty years of your life and especially of your early childhood, they make a very deep impression on you. ” The Toonderbeeld, the official title is Tribute to Marten Toonder, had to move temporarily due to work on the underground bicycle shed at Blaak Station. The work has been restored by Zuliani and was placed back next to the Markthal on 2 May 2017, the birthday of Marten Toonder. On the same day, the street sign for Marten Toonderplein was also unveiled.