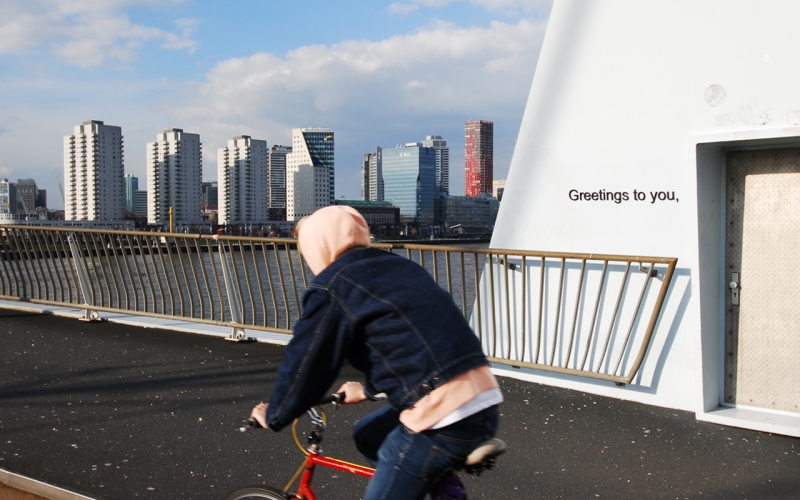 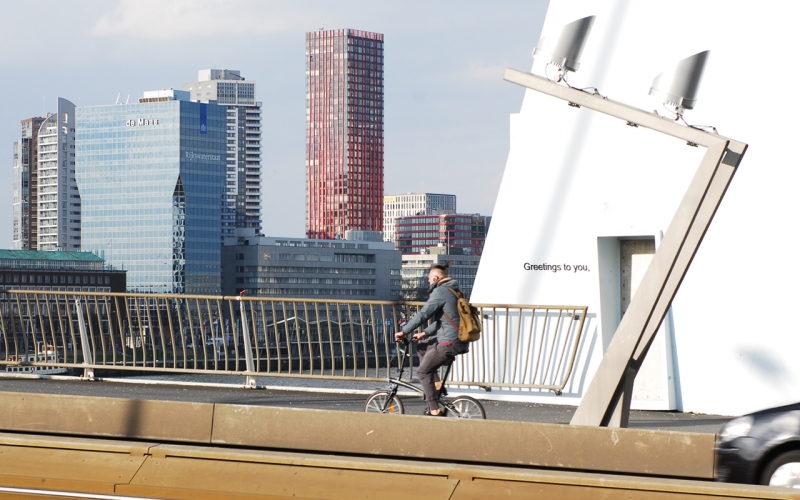 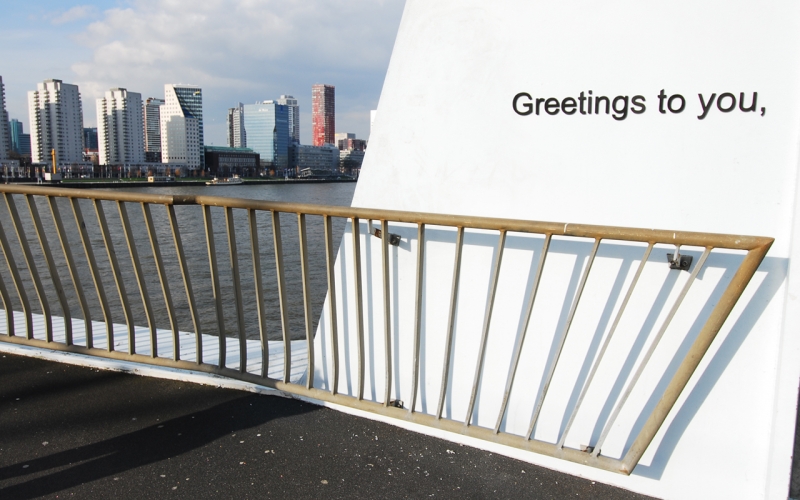 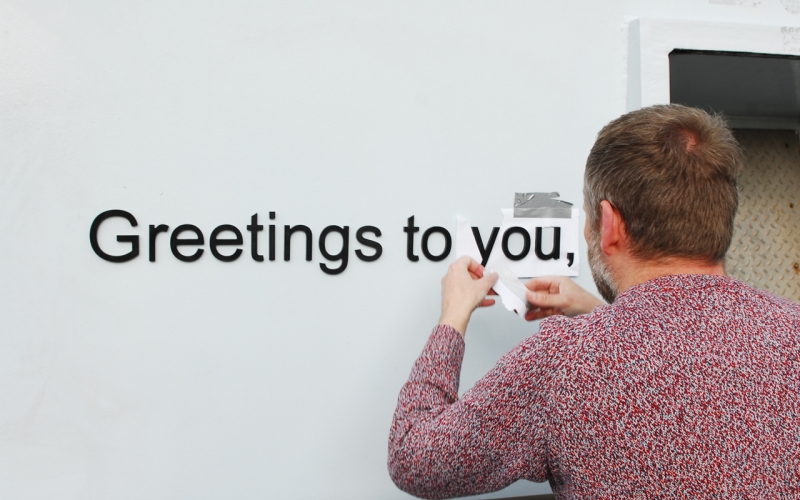 In 2006 Niels Post hung an unsolicited letterbox on the Erasmus Bridge, claiming the bridge as his personal postal address. In the nine weeks that the mailbox was there, Post 134 received letters and cards from all over the world. On July 14, 2006, the municipality had had enough and the letterbox was removed. The artist was invited to attend, so that he could pick up the last mail and take the letterbox back to his studio. When the Erasmus Bridge celebrated its twentieth anniversary in 2016, the FRANK Foundation invited Niels Post to create a new work as part of Playing The Erasmus Bridge. This work with the title On Spam, Lectori Salutem #6 is a text from the artist's spam filter, which loosely refers to the many holiday greetings he took out of his letterbox exactly the same place ten years earlier. For people who don't know the story of the letterbox, including the many tourists who walk across the Erasmus Bridge every day, it is mainly a friendly greeting that raises questions.

Artist Niels Post (Hoogezand-Sappemeer, 1972) lives and works in Rotterdam. He studied from 1992 to 1996 at the AKI in Enschede and later also taught there. He also studied temporarily at the San Francisco Art Institute. His work has been shown worldwide at video festivals, exhibitions and - often on his own initiative - in public space. Spam (computer generated text that nobody wants but that pops up everywhere) has been the basic material of his work in recent years. Post uses spam texts for interventions on vacant shop windows, wall sculptures and space-filling installations, both outside on the street and in exhibitions. Niels Post is also co-founder of Trendbeheer, an internet magazine with image reports, own reports and references to news in the field of art and image culture.