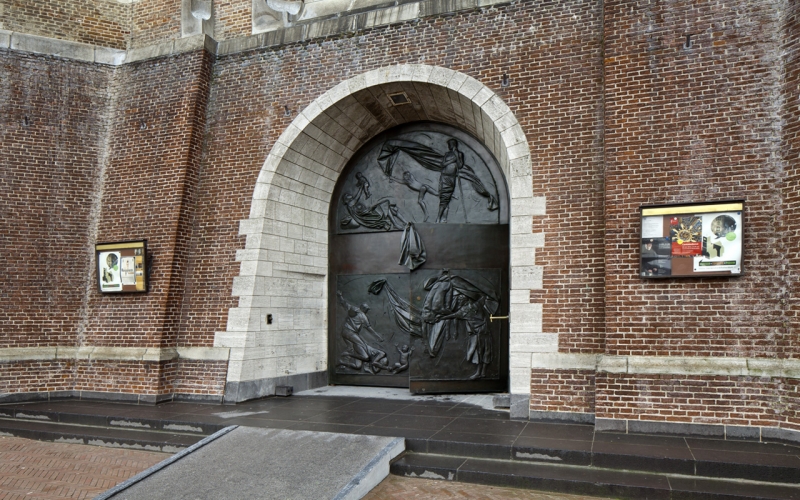 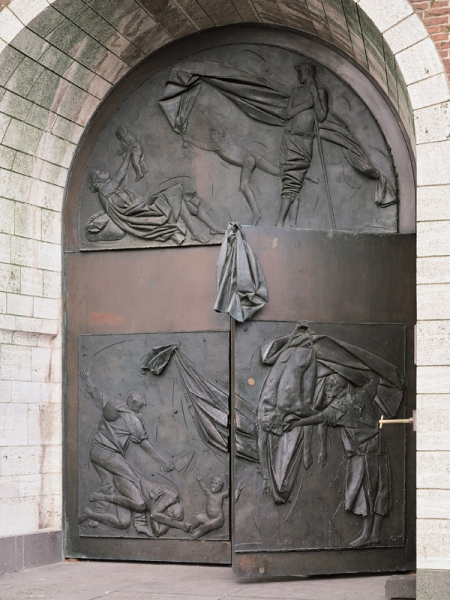 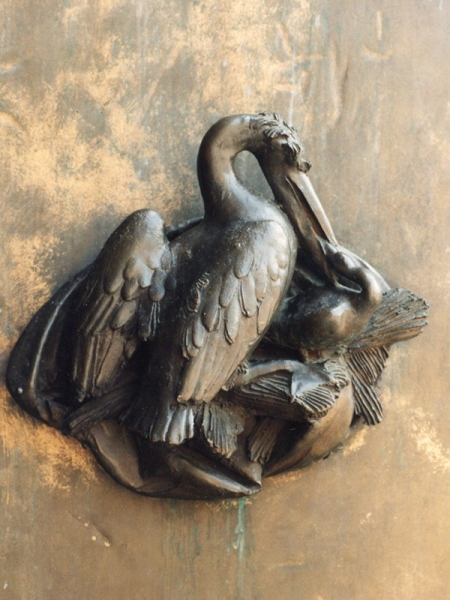 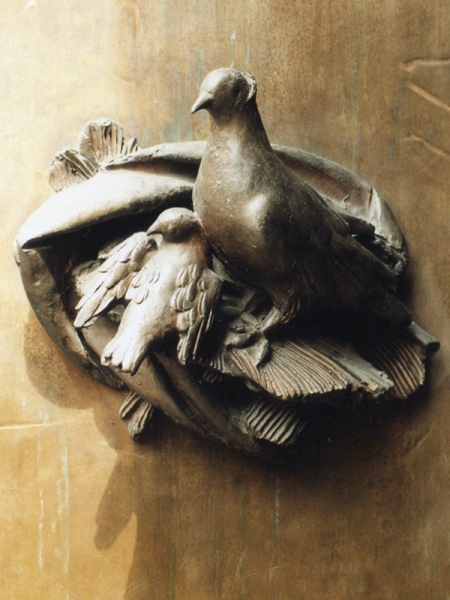 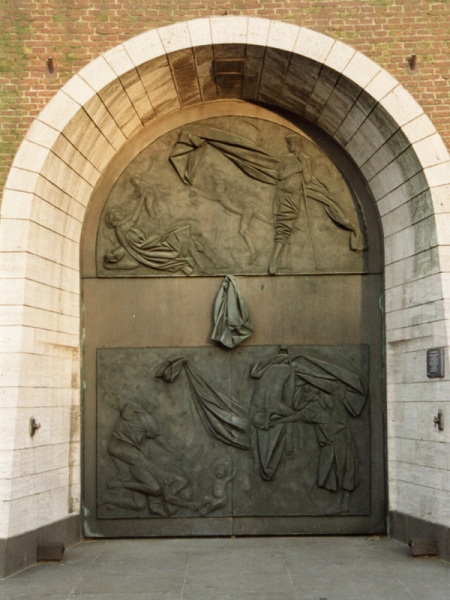 Artist Giacomo Manzù has already caused a furore with his designs for church doors, including for St. Peter's in Rome. When the Laurenskerk was restored after the bombing in World War II, the storage and transhipment company Pakhuismeesteren (now Pakhoed-Holding NV) decided to donate bronze doors for the church to the city of Rotterdam on the occasion of the 150th anniversary of the company in 1968 Manzù, himself a Catholic, made a design in which religious themes did not play a predominant role. This was also convenient, since the Laurenskerk would also have a secular function as a cultural center in addition to a religious function. War and peace is the theme of both doors. Peace is represented in the arch above the doors by depicting a family: father, mother and child, while a naked young man with a waving cloth runs past in the background. He depicts the war on the doors by means of a soldier, who cuts into someone with a knife, with a crying child at his feet. A female figure reaches out her hand to a hanging man who is unconscious or dead. A drapery on the corner of one of the doors is very realistic and connects both scenes with each other. The only identifiable Christian symbolism is the image on the interior doors of a small pigeon and a pelican with young. These birds symbolize the Holy Spirit and Christ. For more information: Sculpture International Rotterdam.

The Italian sculptor Giacomo Manzù (Bergamo, 1908 - Rome, 1991) was the son of a sexton and started as an apprentice to a woodcarver, where he made ecclesiastical sculptures. He then learned to make plaster from a plasterer and studied visual arts during his military service. His first assignment was to decorate the university chapel in Milan in 1930. His big breakthrough came in 1953 with his first solo exhibition. At that time he had made the well-known sculptures “de Danspas” (1950) and “de Kardinaal” (1952). He taught in Milan and Salzburg. His great examples were Donatello, Rodin and Rosso Fiorentino. He is in keeping with the tradition of classical sculptors and can be mentioned in the same breath with meritorious traditional sculptors of all times and has received several awards.