Aad Wagenaar, From the Zweth to Zadkine (Rotterdam, 1991) 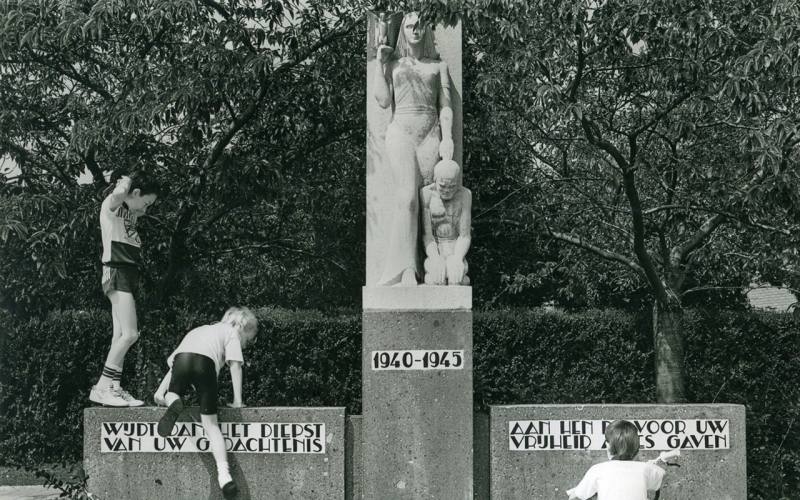 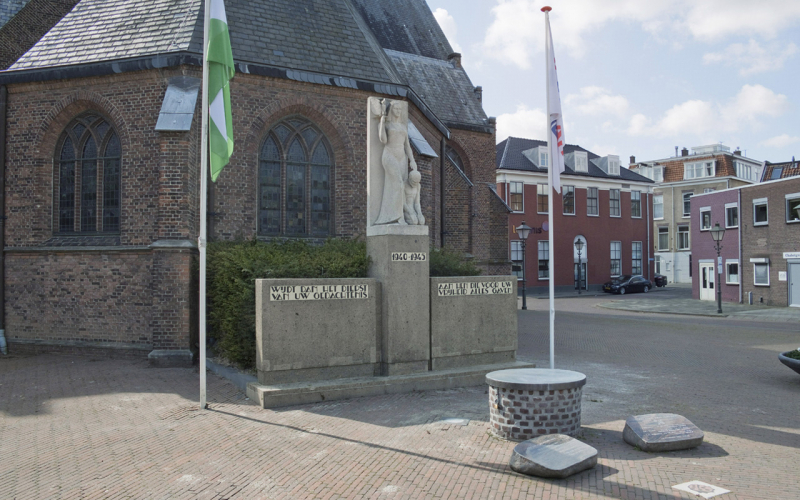 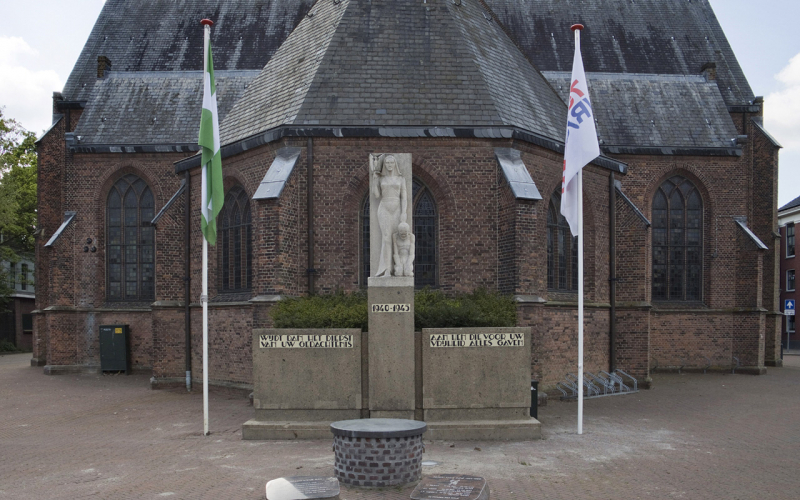 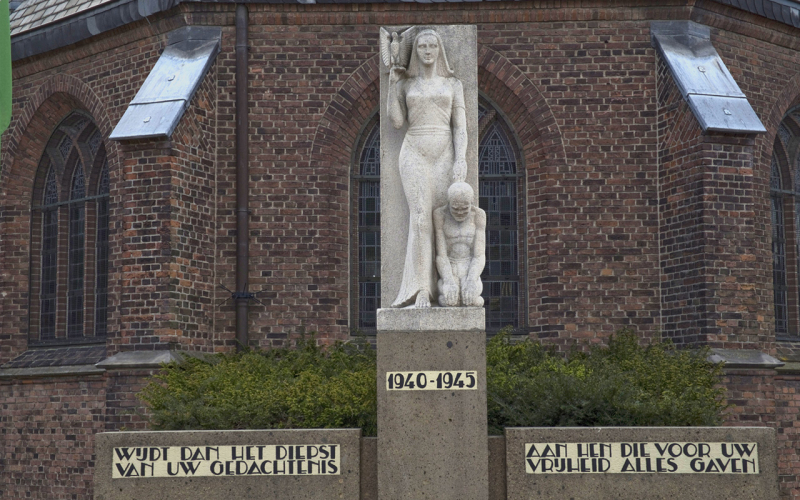 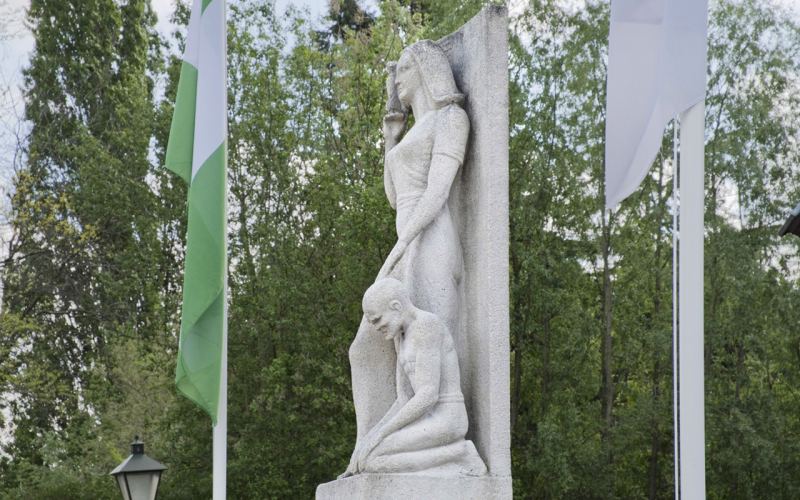 On May 4, 1949, a monument was unveiled in IJsselmonde in memory of the occupation and the liberation. The Haarlem sculptor Piet van den Eijnde designed a standing female figure, which suppresses a male figure, symbolizing evil, with the left hand. The woman's right arm carries a bird in the raised hand, representing the flight to liberation. The limestone statue is placed on a concrete column. On the pedestal are the words: "Devote the deepest part of your memory to those who gave everything for your freedom." In 2003 two marble plaques were placed in front of the monument. One for the victims of the Second World War and one for the victims of the war in the Dutch East Indies. Originally the memorial was on Bovenstraat, but in 1968 the monument was moved to Cranendonckweg. Following a spatial redesign of the center of Oud-IJsselmonde, the monument was given a new place in 2009 on Kasteelweg in front of the Adriaen Janszkerk. Due to relocations and updating, the monument has shifted its meaning to commemoration of war violence, discrimination and racial hatred. For more information: www.4 and 5mei.nl.