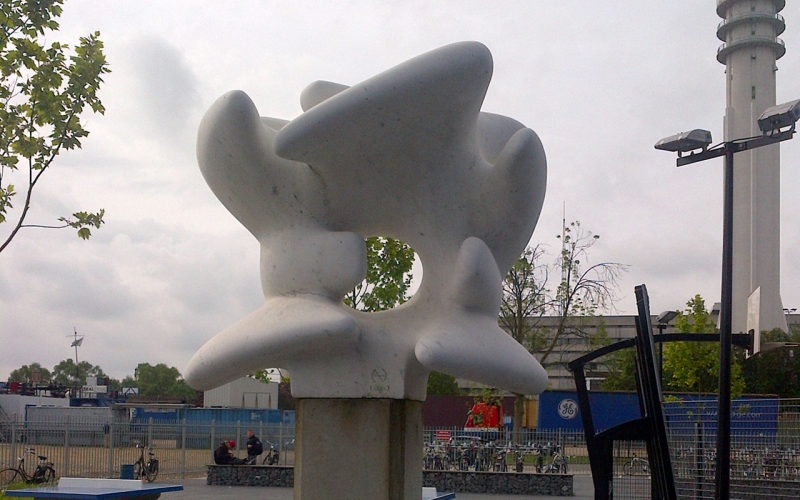 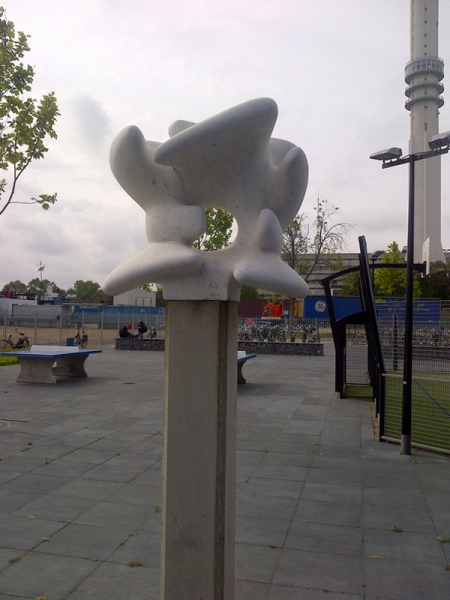 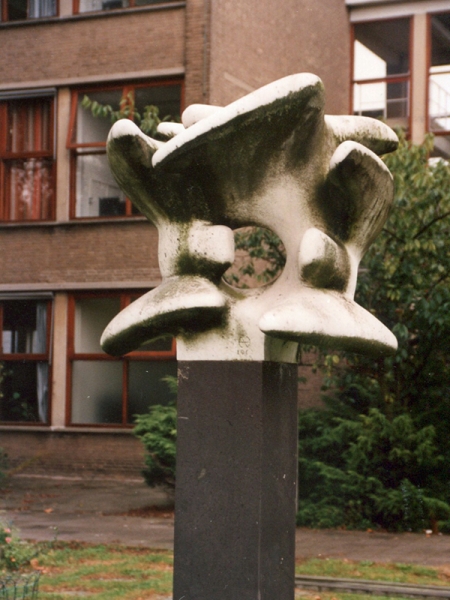 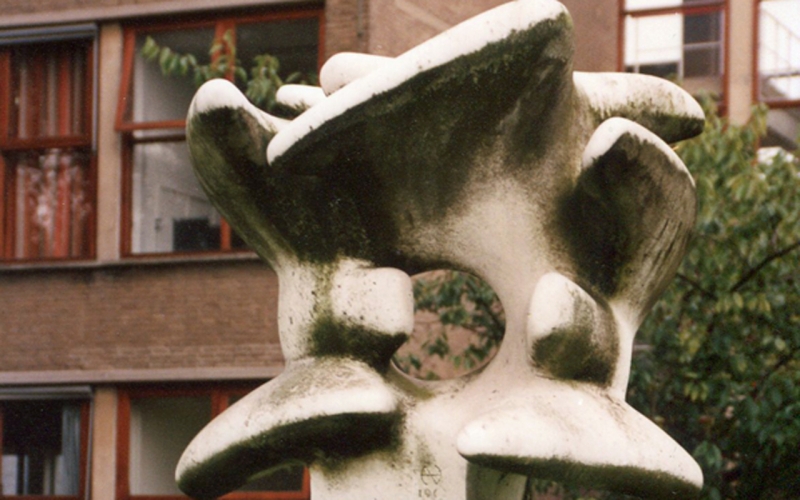 This sculpture by Huib Noorlander has been placed in 1963 at the former Port and Transport School on the Waalhaven Zuidzijde 18. On the sports field of that school this stone plastic became three white Flying seagulls placed on a black column. Birds that, like young people trained here, are connected to both water and land. The Port and Transport School has been transferred to the Shipping and Transport College (STC), which is the current owner of the work. The image has been moved once in the course of time and the black base has been replaced by a concrete base.