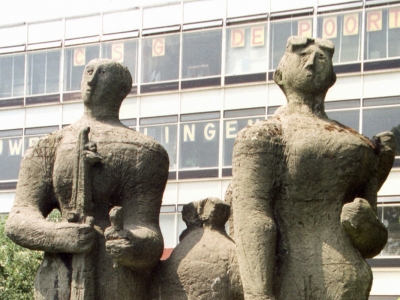 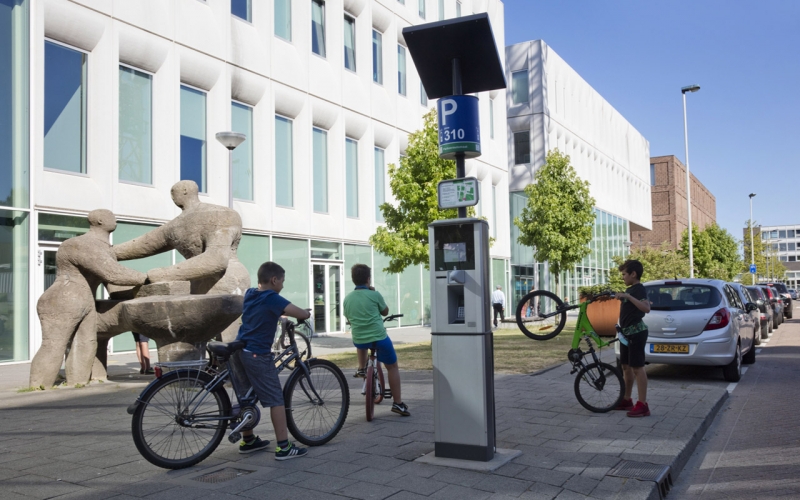 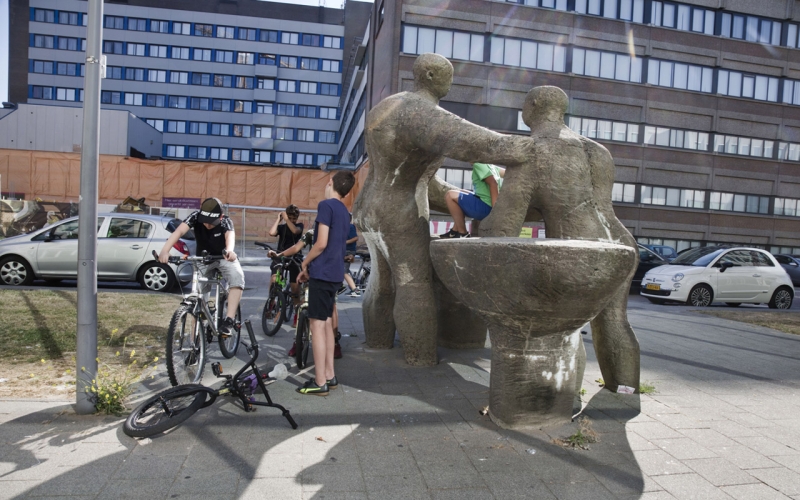 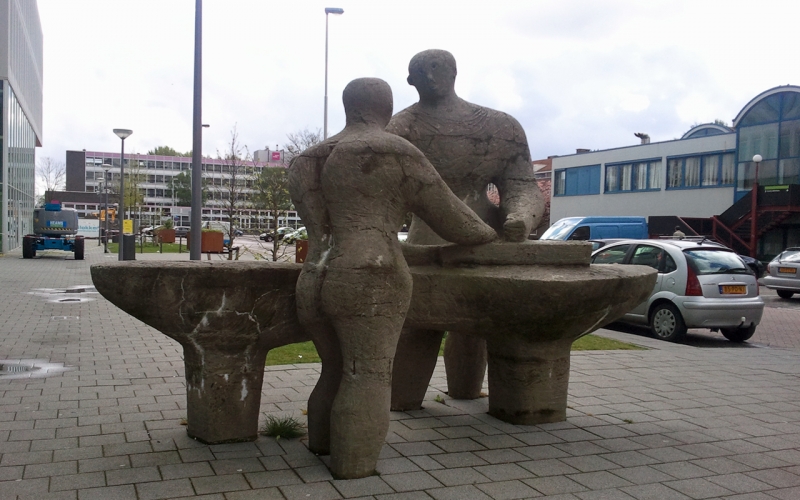 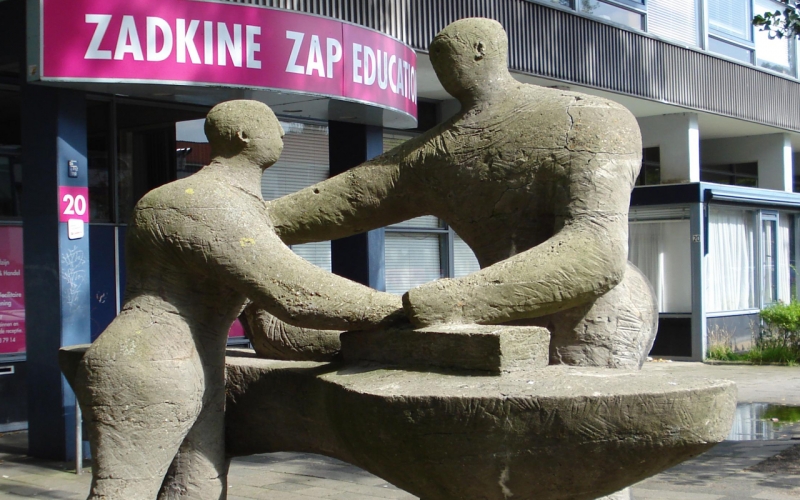 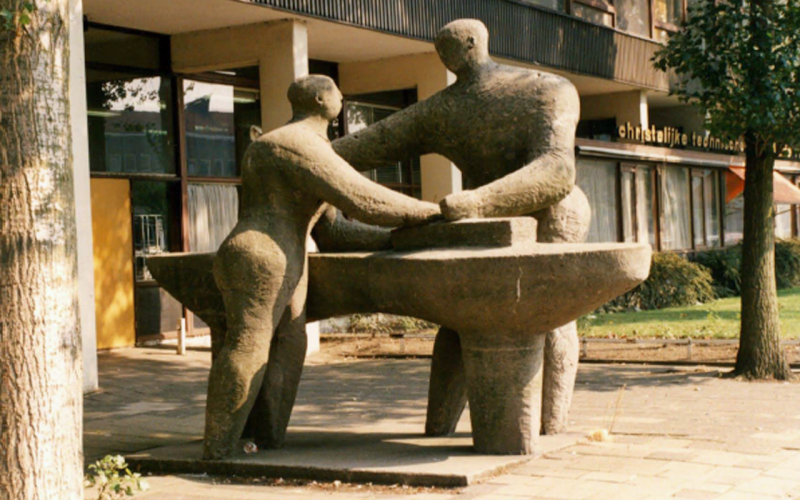 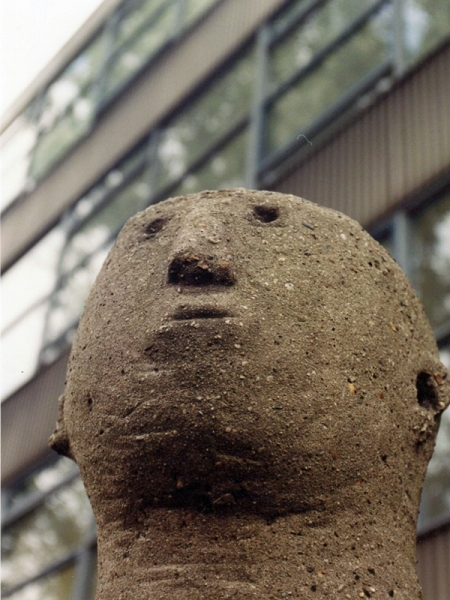 A colossal male figure and a slightly smaller boy's figure stand together on a kind of workbench. The student looks up listening to the man, who puts his right hand on the boy's shoulder. His left arm and the boy's right hand rest on the workbench. The artwork was created by Rudi Rooijackers and has the appropriate title Transmission of knowledge got. The style of this work is the same as the Workers in Delfshaven: robust, massive, organic. But in that solidity it still depicts many subtle properties, such as the contact between these two persons who are so clearly engaged in something together. It radiates cooperation and in that sense is related to the spirit of reconstruction. That makes this an important reconstruction artwork. Rooijackers also made an interesting composition with the shapes and the placement of the table, with perpendicular shapes, space and mass. Rudi Rooijackers made this large, sturdy statue in 1963 for the Chiristic Technical School 'De Vaan' on Montessoriweg. Today the school is part of the Montfort college.

Rudi Rooijackers (Jakarta, Indonesia, 1920 - The Hague, 1998) lived in The Hague during the war, where he studied sculpture at the academy. He was also a student assistant at Albert Termote for two years. He was active from 1946 and made, among other things, reliefs, concrete and plaster sculptures. His sources of inspiration were Rodin and Modigliani. In the late XNUMXs he labeled his style as 'alternately figurative and non-figurative'. He carried out many monumental commissions and later in his life began to focus on portraiture. His work can be found in the collections of Museum Boijmans Van Beuningen and the Gemeentemuseum in The Hague. Among other things, he made the work Scheveninger and Scheveningen in Scheveningen and a statue at the PTT laboratory in Leidschendam. He received a lot of press in life and received positive reviews.