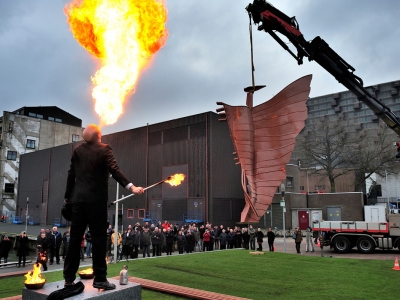 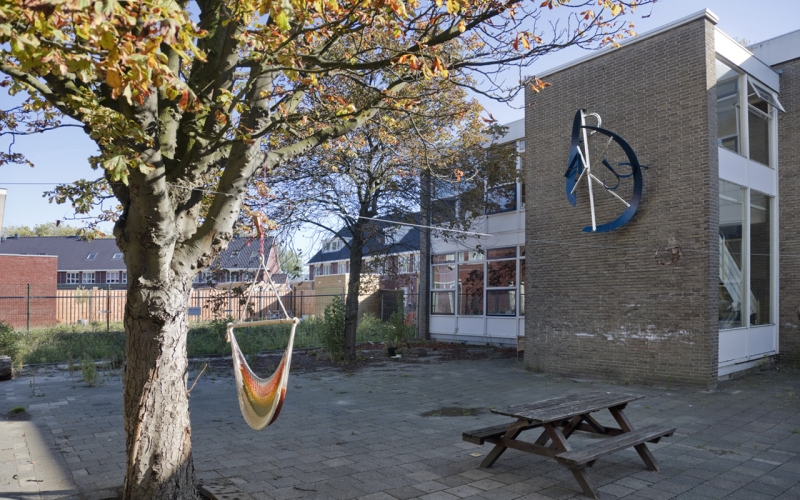 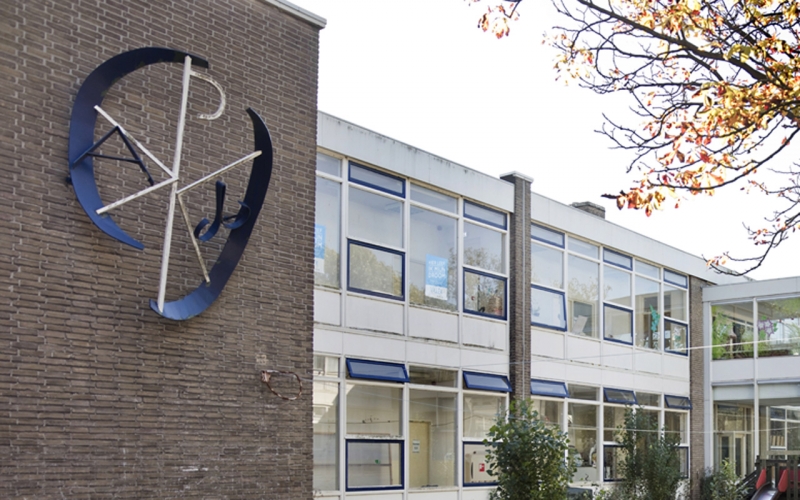 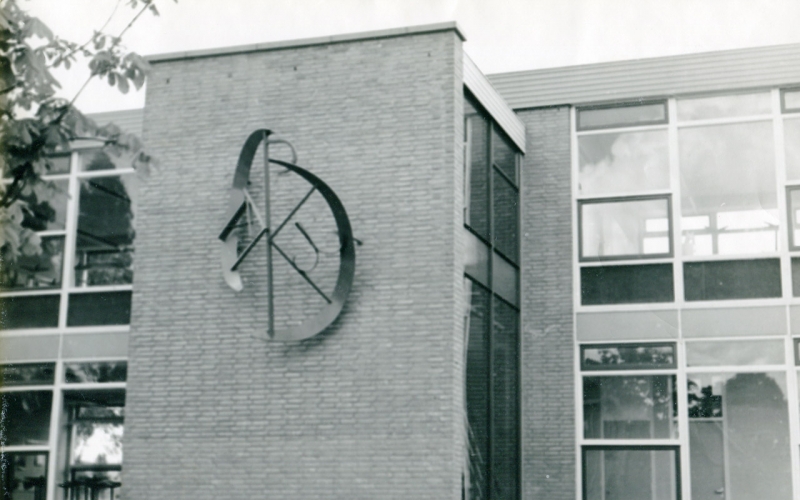 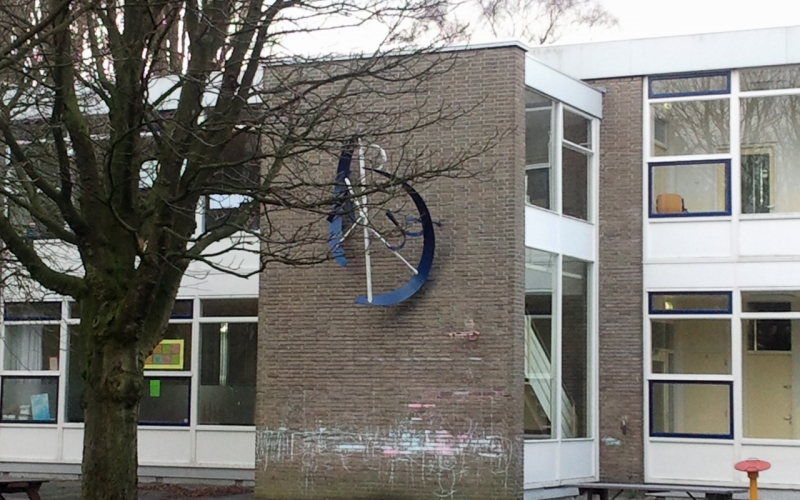 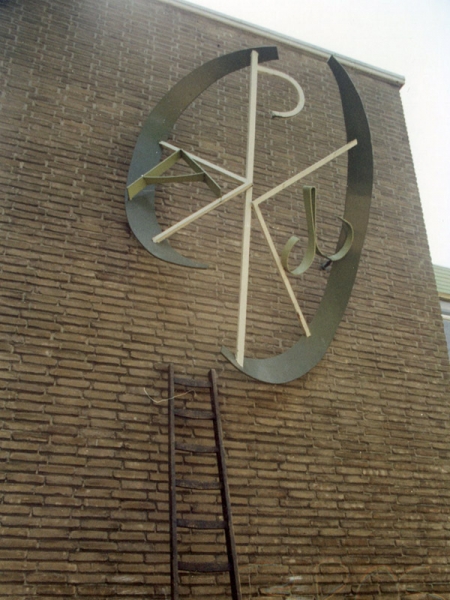 Since 1963, this steel object made by artist Hans Ittmann hung on the façade of the former Elout School. It is a Pax Christi sign and was made in the percentage scheme on the construction of the Christian school. The object is made of blue and white sheet steel. Ittmann used artistic abstractions to represent Christian symbols, because before the 1960s this plastic was fairly sleek and modern. Ittmann was inspired by the artist Naum Gabo, to which he has given a Christian twist this time. The vertical in the middle forms the P with the letter A on the left and an abstract curled X on the right. Around it on the outside two blue-colored semicircles, or the letter C. Pax Christi is an international Catholic peace movement. Due to the demolition of the building the artwork April 2019 has been saved.

The Dutch sculptor and painter Hans Ittmann (Waalwijk, 1914 - Amsterdam, 1972) studied sculpture during the Second World War. His teacher was Cephas Stauthamer. After the war he studied international new developments, where he worked for a year in the studio of Zadkine. He had a good eye for the avant-garde whose characteristics he incorporated into his own style, but sometimes struggled to develop a genuine visual language.