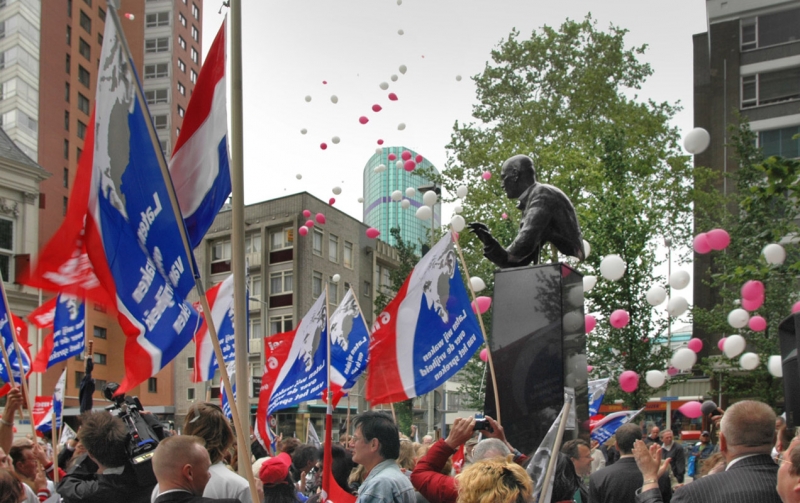 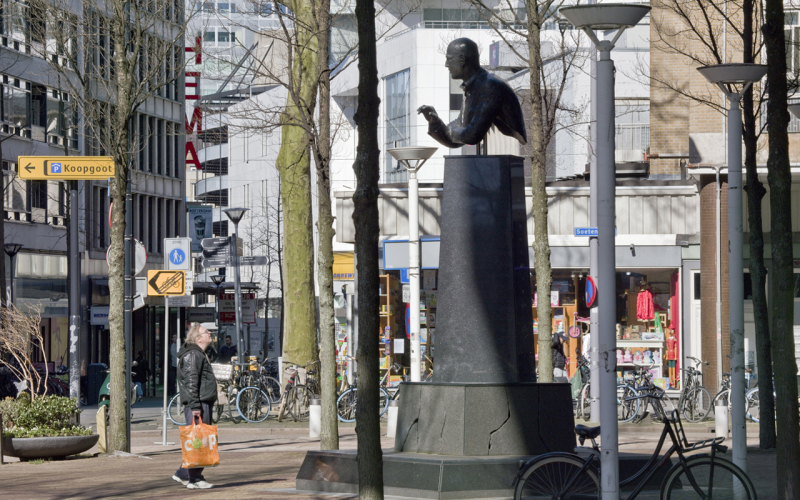 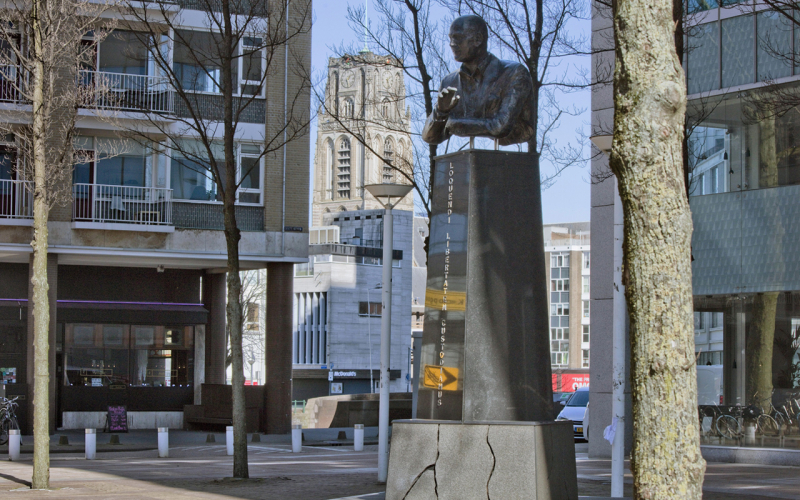 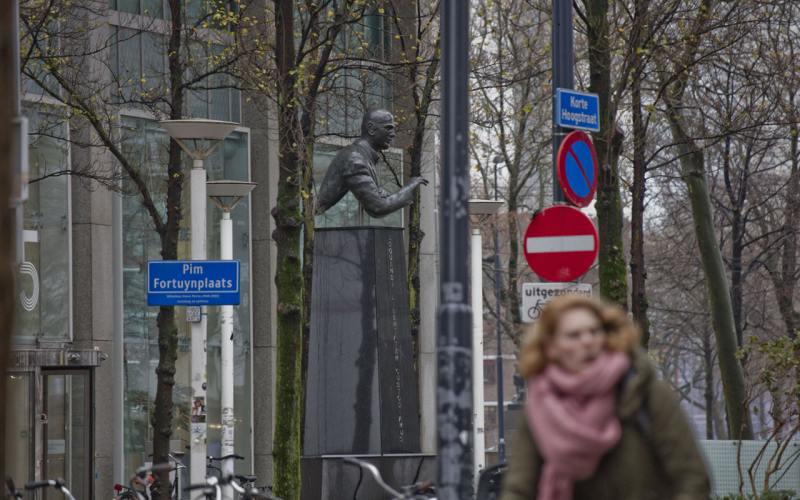 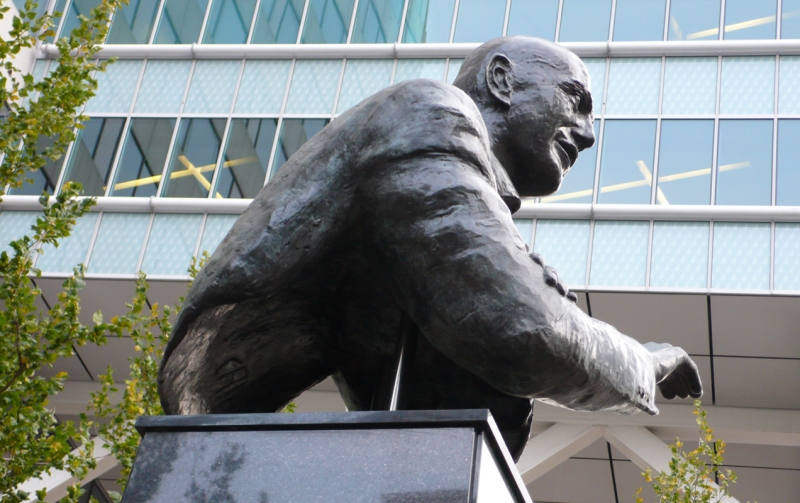 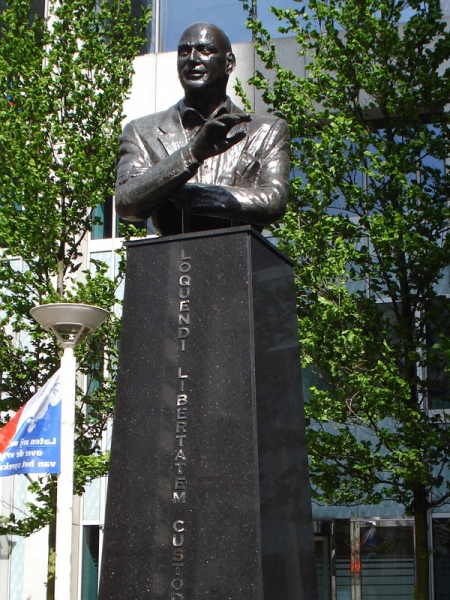 Pim Fortuyn was a resident of Rotterdam. He was a politician who was killed in 2002. This image commemorates Fortuyn, which is seen as the starting point of populist politics that would have a lot of influence first in Rotterdam and then in the Netherlands. After the murder of Fortuyn, a civilian initiative committed itself to a sculpture as a monument to commemorate him. It can be seen as a political statement: not just in memory of a murdered Rotterdammer, but especially as a monument in the form of a pillar or obelisk, standing in the center as a tribute to a populist sound in politics. Given the emotional significance, this work occupies an important place within Rotterdam. As a political monument to populism, this statue in Rotterdam is an interesting one-off. On the column the text is in stainless steel letters: Loquendi libertatem custodiamus. Latin for: "Let us watch over the freedom of speech."

Painter and sculptor Corry Ammerlaan - Van Niekerk (1947) works and lives in Bleiswijk / Bergschenhoek, where she is the business director and participating artist of Artihove, a company that designs bronze statuettes for gardens and corporate gifts.