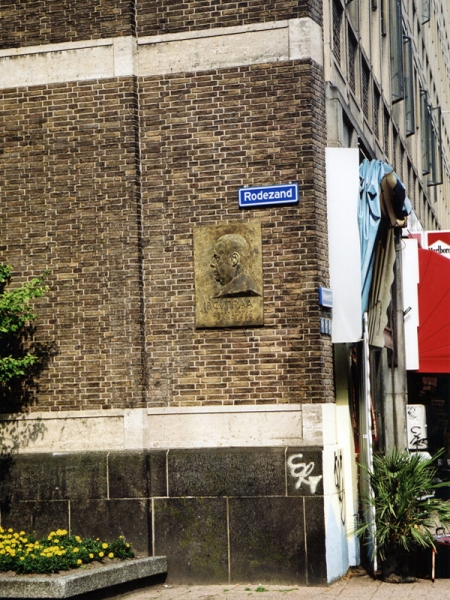 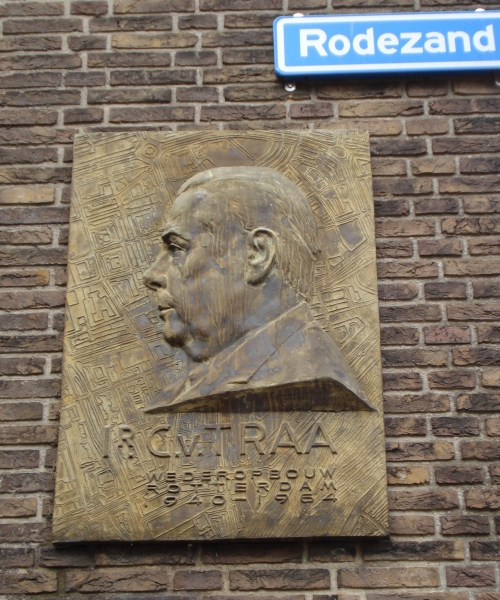 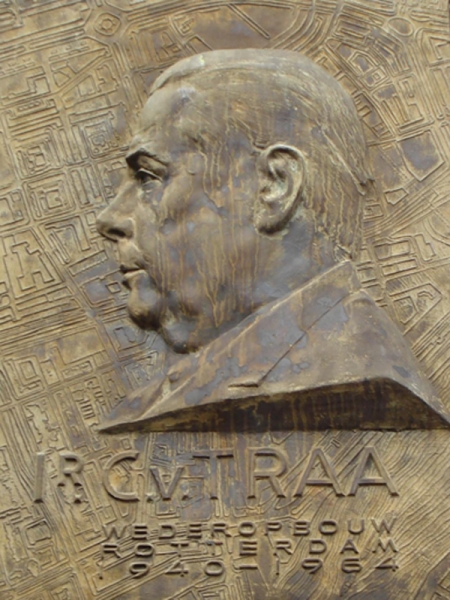 On the corner of the Meent and the Rodezand, a plaque with the portrait of the urban planner Cornelis van Traa (Rotterdam, 1899 - 1977) hangs against the facade of the Timmerhuis (formerly Stadstimmerhuis). Van Traa has become known as the designer of the 'Basic Plan for Reconstruction'. In this plan, a modern city was advocated, with a departure from the historic city triangle. Because the urban functions were separated from each other, the residential function disappeared from the center to the suburbs and commercial zones and traffic flows received all the attention. Moreover, the center was moved slightly to the west, so that the Coolsingel now connected directly to the Leuvehaven and the Maas. Van Traa's Basic Plan was adopted by the city council in 1946 and has been decisive for the urban design of the current Rotterdam center.