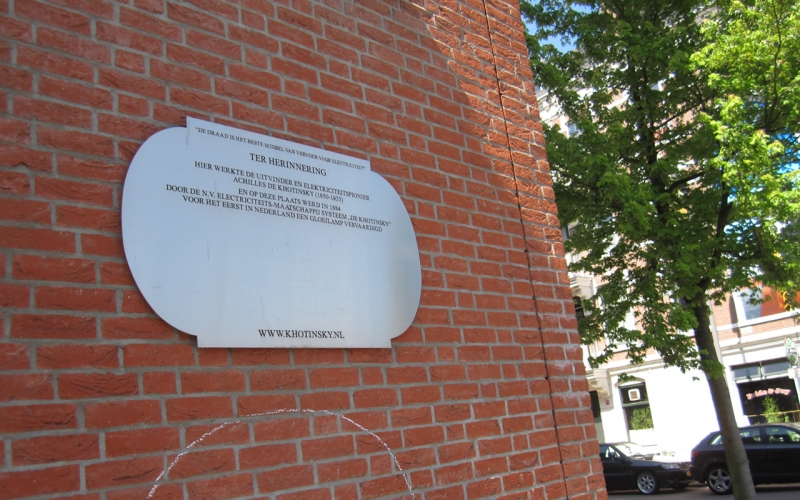 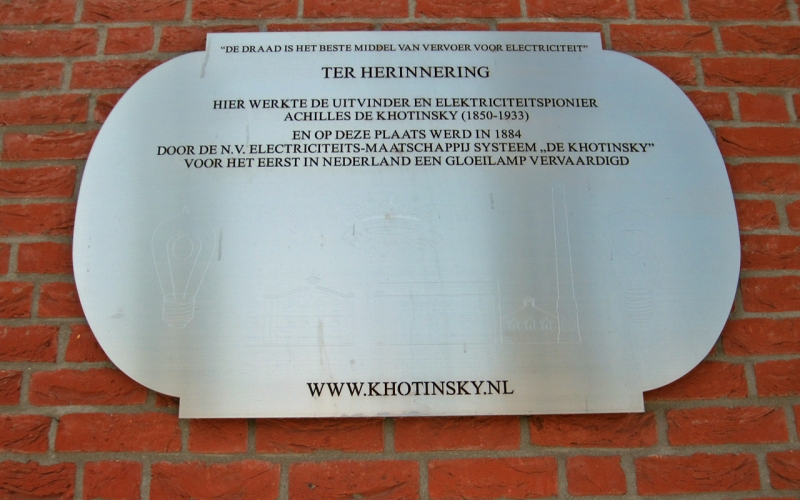 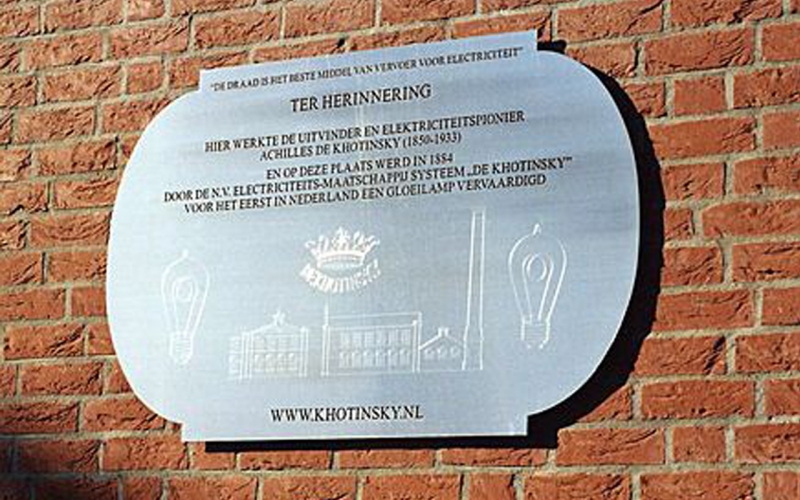 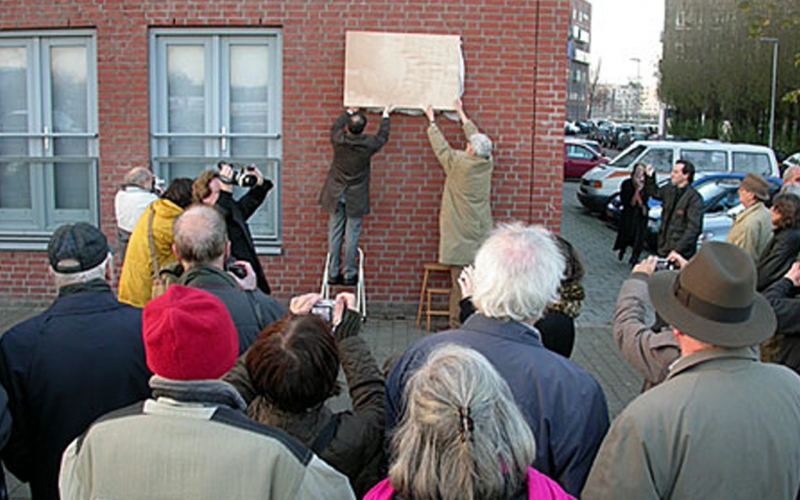 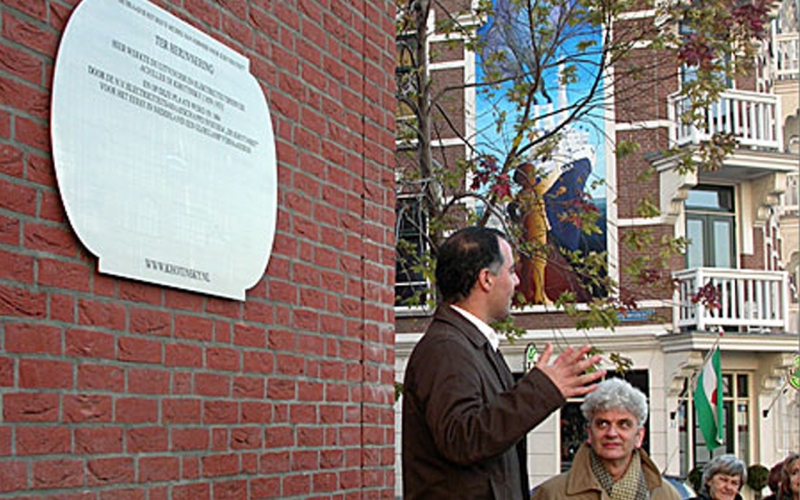 “A Russian inventor, who crossed the river Maas from the North Island in a boat filled with batteries, to illuminate houses there with electric light bulbs”, Rotterdam artist Harry Sengers recalled the stories about Achilles de Khotinsky (1850-1933). ), which his father used to tell him about. Sengers designed a plaque in memory of this inventor and electricity pioneer who worked at this location on the Prins Hendrikkade. He was director of the accumulator and incandescent lamp factory called De Khotinsky. In 1884 a light bulb was manufactured in this factory for the first time in the Netherlands, a historical fact. In the production of electricity, he was opposed by the city council, which itself was after the monopoly, after which Khotinsky left for Germany. The plaque was unveiled on 17 November 2007 at the Noorderlicht apartment complex. Click here for the full story of Harry Sengers about Khotinsky.

Harry Sengers (Rotterdam, 1948 - Rotterdam, 2015) was active in Rotterdam as a self-taught visual artist within the art circles. In the 1979s old neighborhoods in Rotterdam were demolished; Sengers photographed that demolition. His first exhibition was in The Black Cat gallery on the Mauritsweg in XNUMX. The industrial landscape was one of his themes. His work is about time and the darkness and light. His work is included in various collections, including Museum Rotterdam, Stedelijk Museum in Amsterdam, Museum Helmond and the Rijksdienst Beeldende Kunst in The Hague.