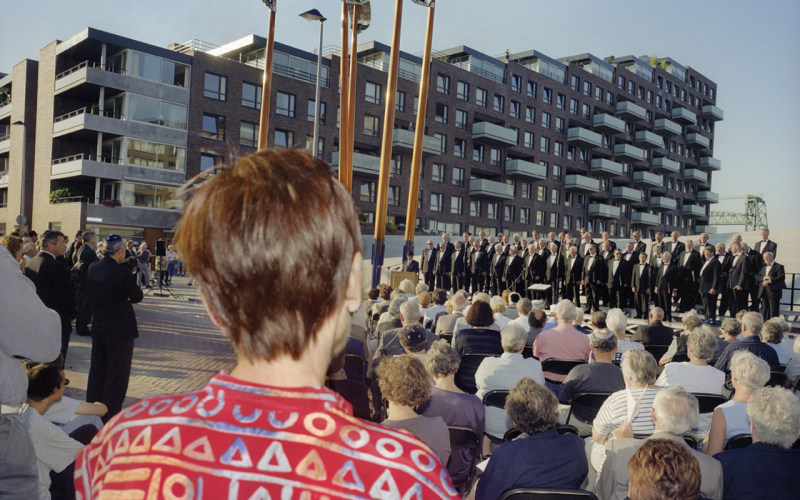 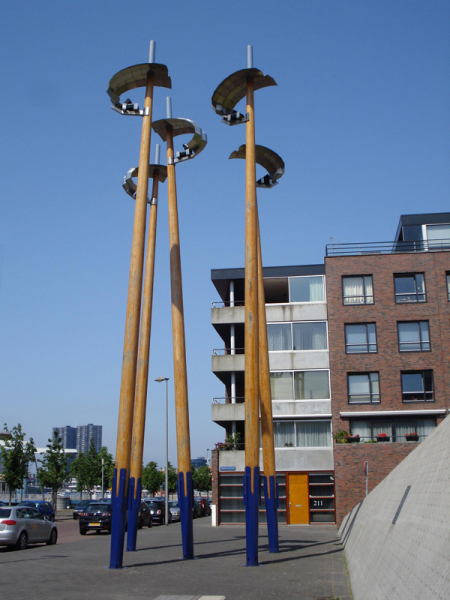 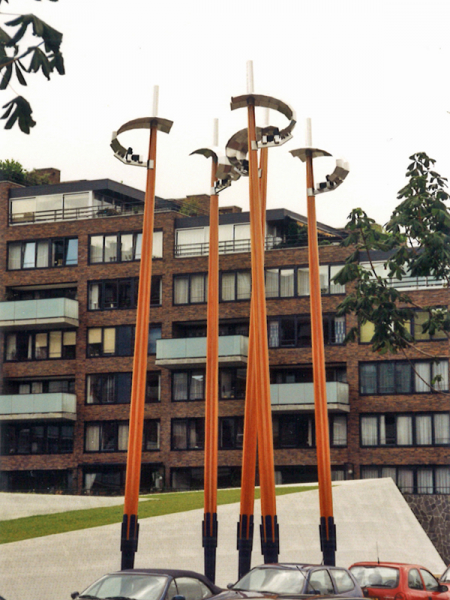 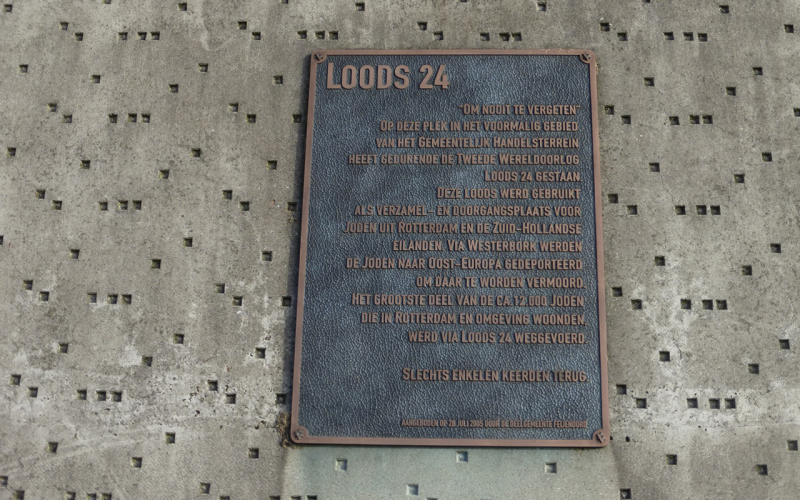 Loods 24 stood on this site in the former area of ​​the Municipal Commercial Area during the Second World War. During the war, this shed was used as a collection and transit point for Jews from Rotterdam and the South Holland islands. The Jews were deported to Eastern Europe via Westerbork to be murdered there. Square Shed 24 is a memorial that commemorates the total of 12.000 Jews who were collected for deportation between July 30, 1942 and the end of June 1943. Only a few returned. Square Shed 24 consists of: a bench with an inscription referring to the place where Loods 24 stood; a lighting element consisting of five light poles, designed by architect Pieter Figdor; and a steel crescent shape in the lawn. The entire square was designed by landscape architect Paul Achterberg. The five wooden lighting poles form a light space to accommodate thoughts associated with the history of this place. On July 30, 1999, the new memorial monument Square Shed 24 opened by Mayor Opstelten. Hereby the text wasWe will all remember by that light / with tearful face / and without words' pronounced. On July 30, Square Shed 24 used by the Jewish community for individual commemorations at the light element. For more information, visit the website of Loods 24 Foundation and Jewish Children's Monument or to National Committee 4 and 5 May.

Pieter Figdor is an architect and founder of the architectural firm Public Domain Architects (PDA). Figdor designed, among other things, the Floating Pavilion, a striking event complex of three floating hemispheres in the water, which was located in the Rijnhaven from 2010 to 2020.

Paul Achterberg is a landscape architect. In 1992 he founded Atelier Quadrat, a partnership for urban planning, landscape and architecture. He stepped down from the partnership in 2020.