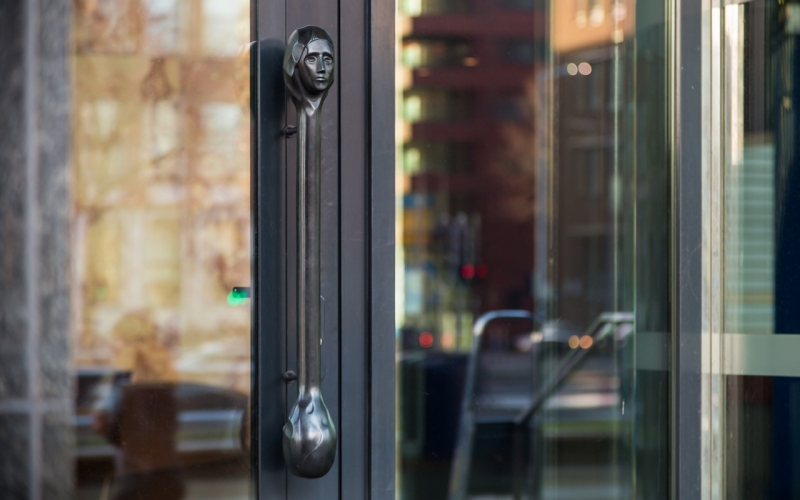 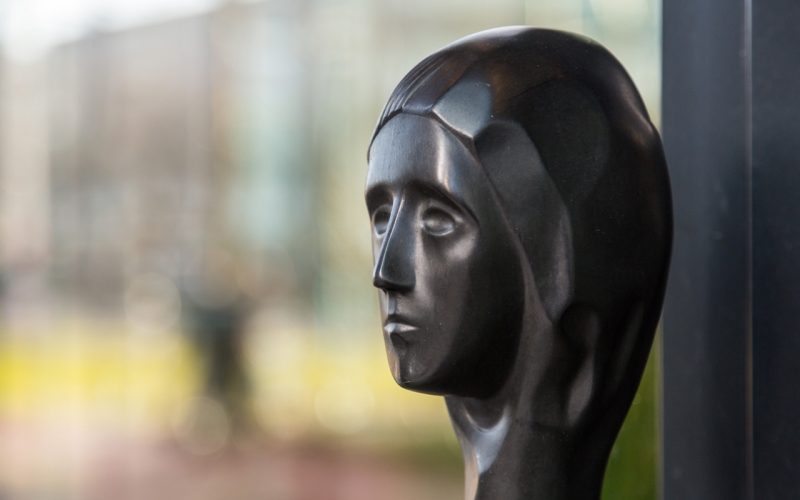 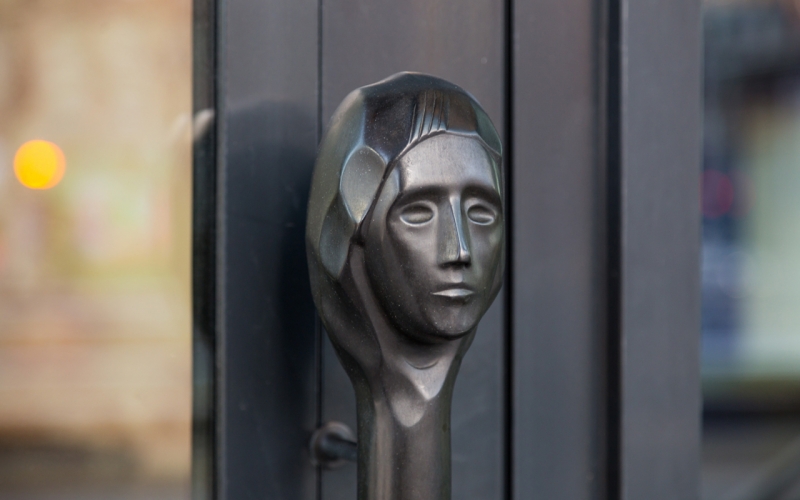 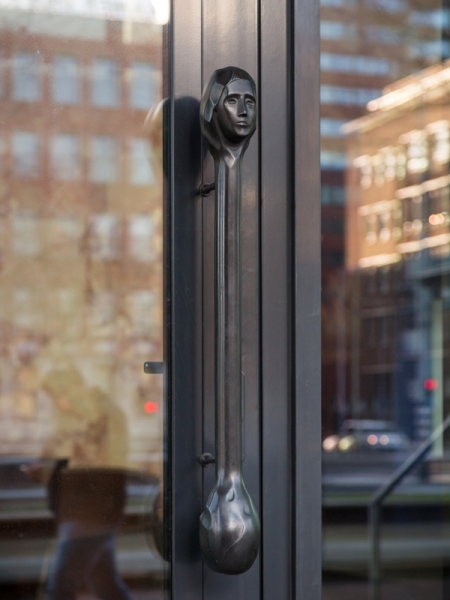 The British artist Chris Evans made a new work for a special location in Rotterdam: the entrance doors of the Rabobank on Blaak 333. Because the entrance doors of a bank form an imaginary boundary between public and private interests, they form the dream location for the work of Evans. The full title of the work is: Portrait of a Recipient as a Door Handle, After a Drawing Produced by Anonymous Philanthropist. The work is the result of a conversation that Evans had with an anonymous philanthropist, who drew a drawing of a person receiving a donation. Evans translated this drawing into the door handle placed on the doors of the Rabobank, which epitomize the usually invisible capital storms within a city. The work was designed with the financial center on Coolsingel and Blaak in mind. It is part of SIR's Coolsingel program and can be implemented in a temporary or permanent form, at various locations. The unveiling took place on February 4, 2014. As Rabobank moved in 2019, the work has been removed and placed in storage. For more information: Sculpture International Rotterdam

Chris Evans (East Yorkshire, 1967) lives and works in London. In 2004 he was Artist-in-Residence of the Scottish Arts Council in Amsterdam. Since then he has had solo exhibitions at Galerie Juliette Jongma in Amsterdam, STORE Gallery in London, Tramway in Glasgow and the Henry Moore Institute in Leeds. His work has been shown in numerous international group exhibitions. Evans' work was also part of the British Art Show 6, an overview of recent developments in British art. He often develops his work from conversations with people from various walks of life in relation to their public life.