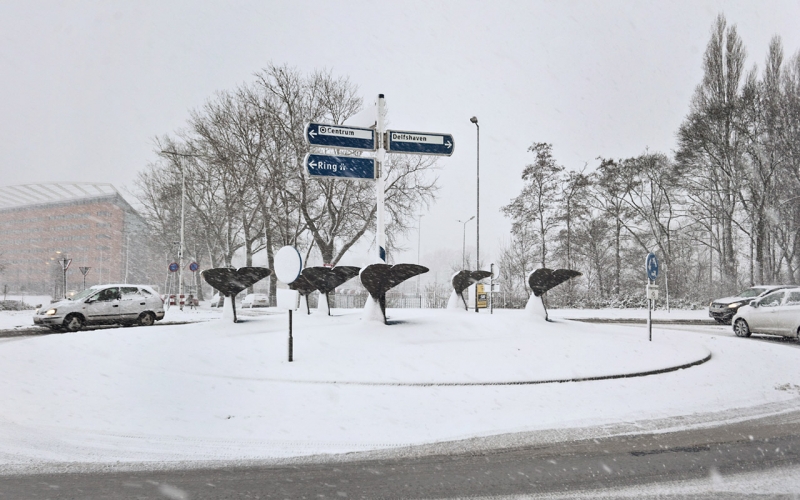 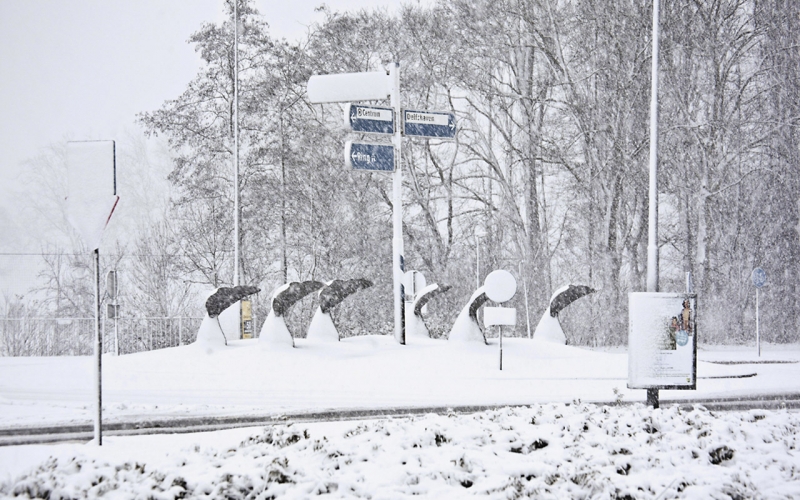 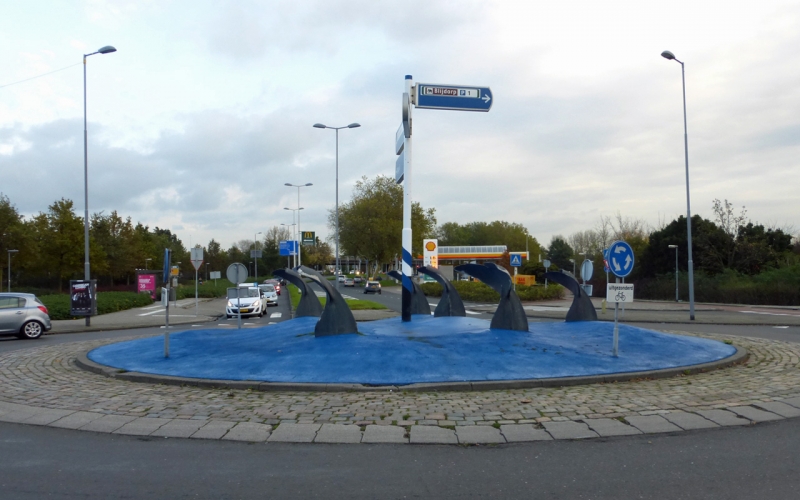 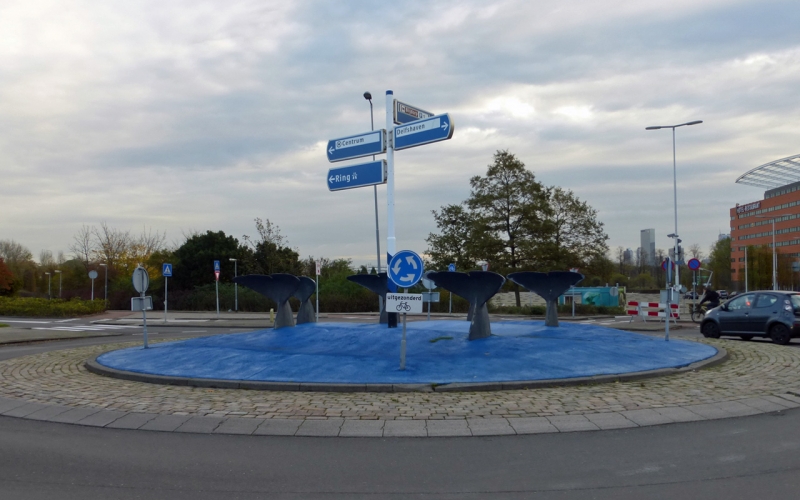 These six tails were made for a temporary exhibition on whales at Blijdorp Zoo in 1997. As an announcement of this exhibition to the public, they were set up in the forecourt of the zoo. They are made by Remie Bakker, who makes many (extinct) animal models for the Diergaarde. The Sperm whale tails are made of polyester and are painted in such a way that they resemble the sperm whales that were washed ashore off the Dutch and Belgian coasts. After the exhibition was over, someone from Blijdorp Zoo came up with the idea of ​​putting the six tails on the roundabout, so that the visitor to the zoo knows that it has arrived at its destination.

Remie Bakker (1967) is a science artist. He studied at the Willem de Kooning Academy in Rotterdam and founded his company Manimal Works in 1993. He makes animal models and illustrations for educational purposes. His models are used in museums and zoos, as well as for film and television. In 2017 he received the Van der Lijn award for his truthful models of extinct animals, because he makes geology popular with a large audience. He works a lot for Blijdorp Zoo.