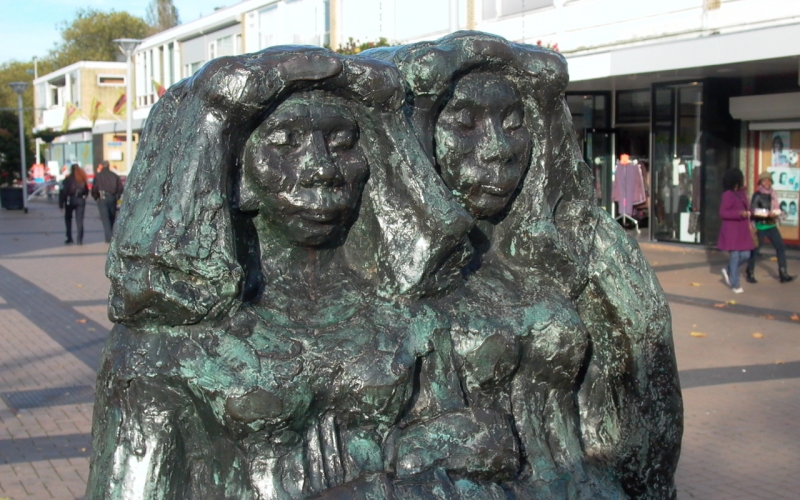 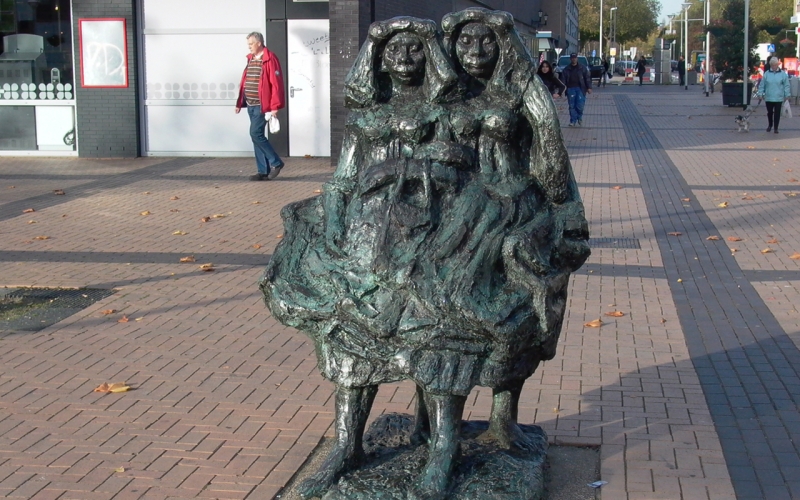 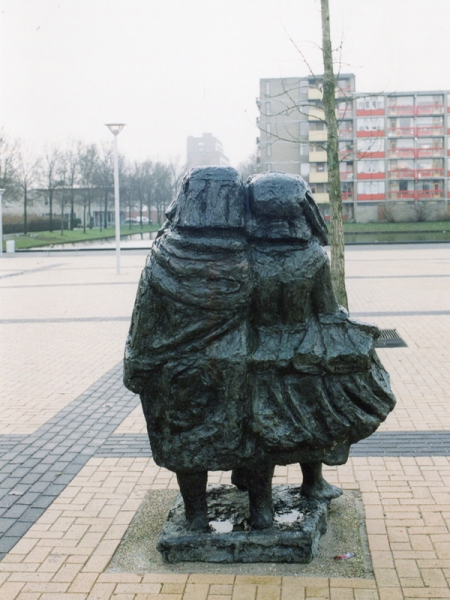 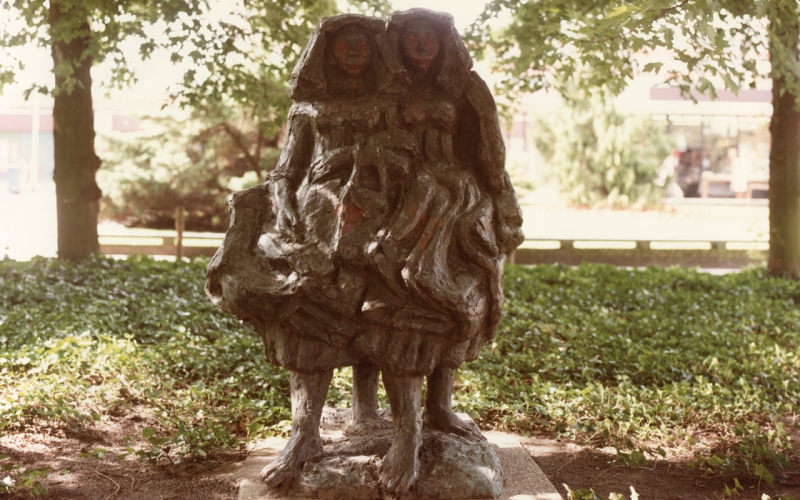 Provincials is a bronze sculpture of two girls, arm in arm, made by Loeki Metz. They have almost the same facial expression, closed eyes and a prudish look around the mouth. The girls are wrapped in thick, elegant layers of textile and appear to be dancing with both right legs placed forward. The statue stands on a concrete slab, which serves as a base. The statue was provisionally set up in July 1966 in front of the Doelen on the side of the Karel Doormanstraat. These 'Shopping Girls' - also called those over time 'De Weesmeisjes' are called - at the request of the district council for Pendrecht in August 1967, they were given their current place in front of the shopping center on Plein 1953.