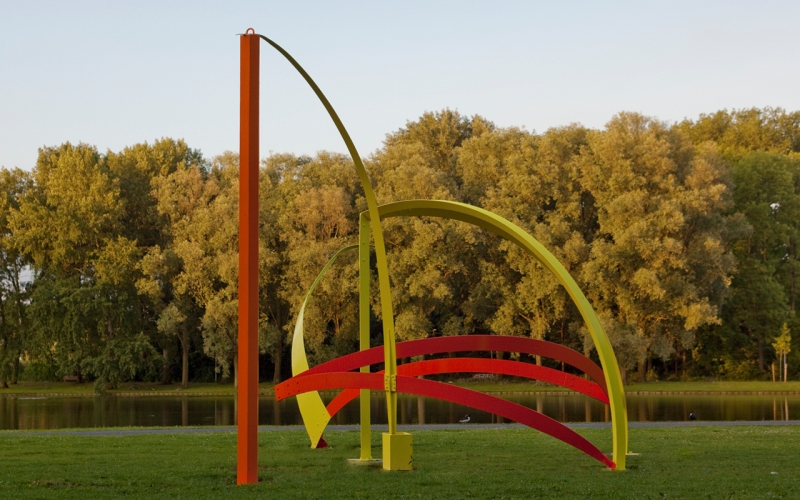 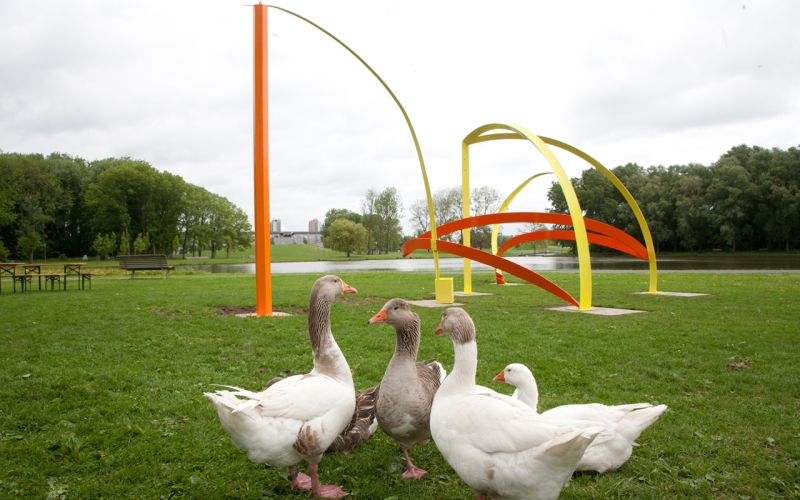 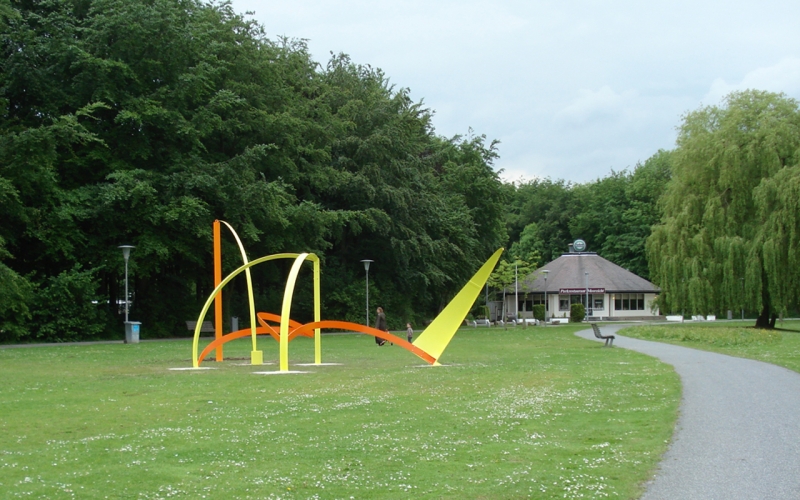 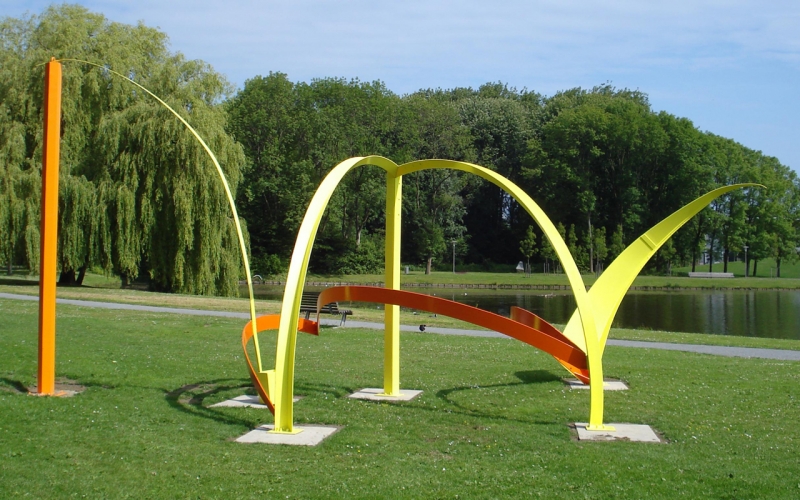 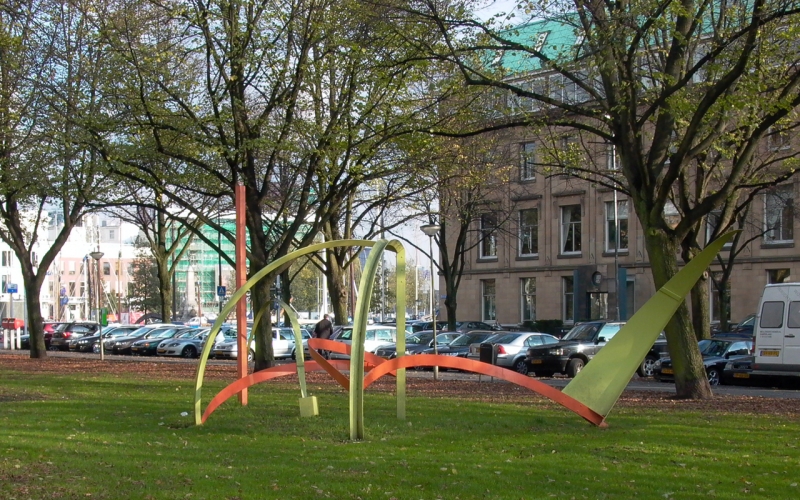 Quill was built in 1973 in the Zuiderpark to show its elegance against the green and natural surroundings. The statue was used as a climbing frame, became overgrown and neglected. That is why the statue was placed in the depot for restoration in 1988. Quill means 'quill' and refers to the fragile curved shapes that make up the image. It deliberately does not stand on a pedestal, so that it seems as if the shapes come out of the ground organically. The arabesque shapes in the image created a graceful play of lines. Due to the international fame of artist Philip King and the beauty of the work, the sculpture was shown at international exhibitions in Paris and Florence in 1996 and 1997. In November 2003 the work was given a new place in the public space of Rotterdam on the Parklaan, near the Veerhaven. In the spring of 2007, the statue was placed back in the renovated Zuiderpark. For more information: Sculpture International Rotterdam

The British sculptor Phillip King (Tunis, Tunisia - 1934) studied in London under Anthony Caro in the late XNUMXs and would develop into an important abstract artist. In the sixties he exhibited with sculptures of various new materials, such as fiberglass and also wood and slate. He exhibited twice at Documenta in Kassel. His sculptures were purchased by international museums. The Kröller Müller Museum also has work by King in its collection. In the XNUMXs, King shifted his attention to images that seek a relationship with the public.