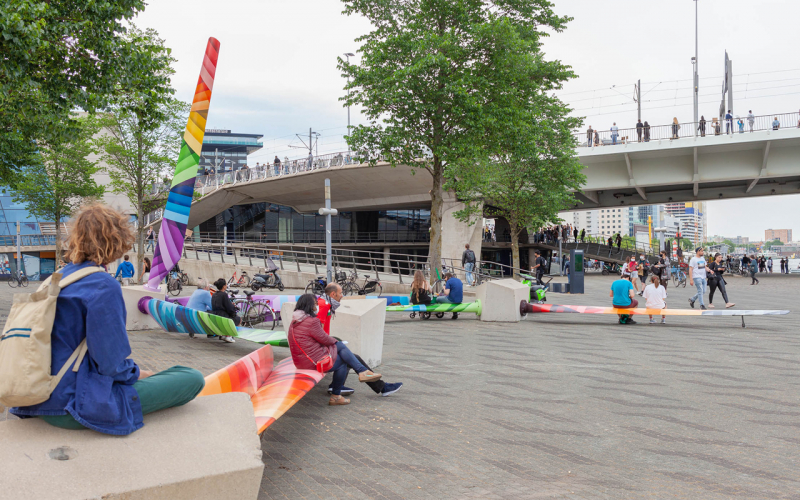 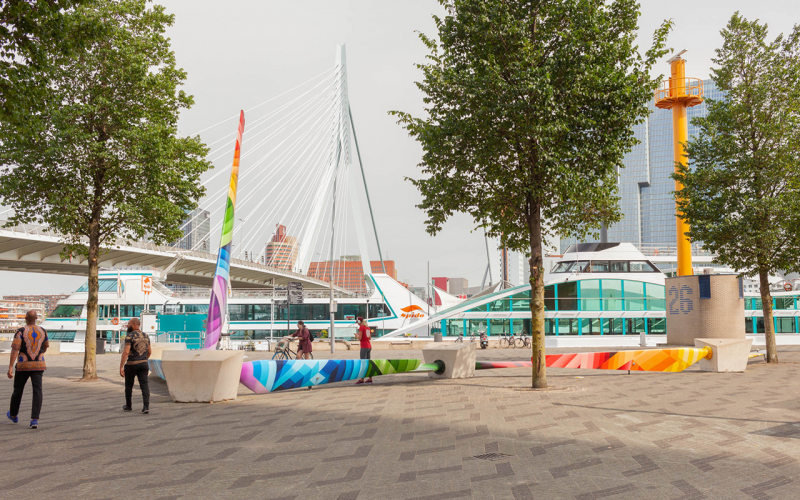 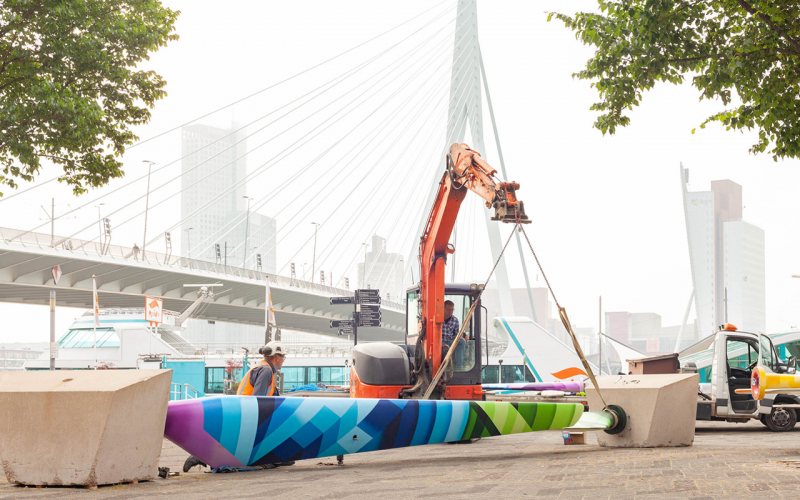 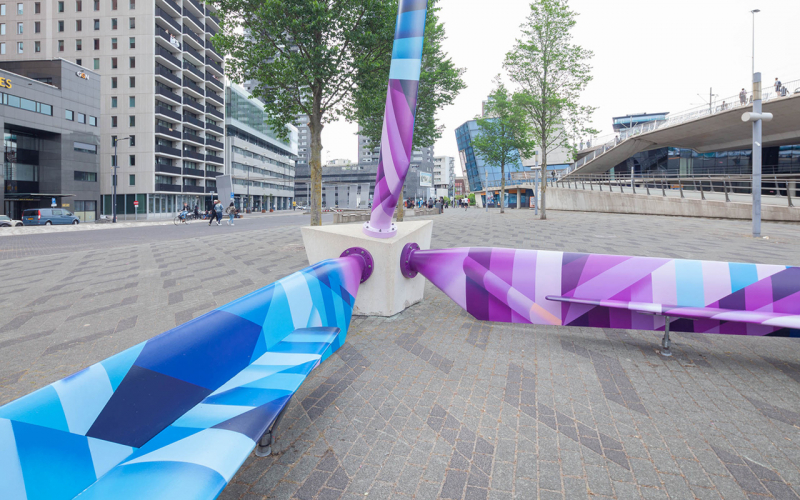 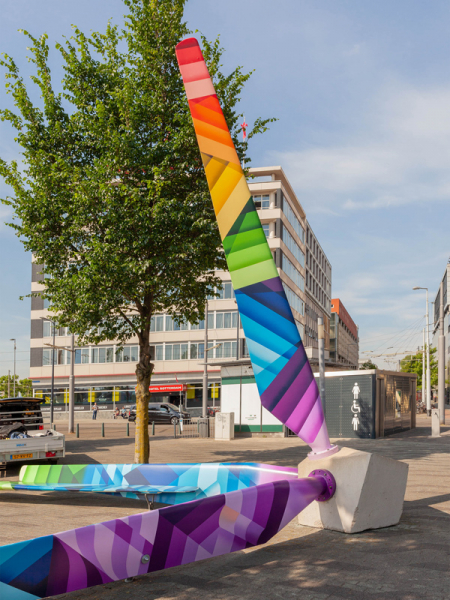 Denis Guzzo
About the artwork

The red-winged seating object will be on 3 June 2020 Rewind placed on Willemsplein with a striking colorful new appearance. This seat is the marker for sexual and gender diversity in Rotterdam. Graphic designer and street artist Mr. June made the design in collaboration with Rotterdammers from the LGBTIQ + community and with the creator of Rewind, architect Césare Peeren. The citizens' initiative for a monument for sexual and gender diversity received broad support in the city council through a motion by GroenLinks and PvdA. BKOR worked together with the municipality of Rotterdam and the initiators to develop a monument at a location where the LGBTIQ + community can meet, celebrate, commemorate or commemorate respectfully and safely, individually or in small groups. After a series of investigations and campaigns, Willemsplein proved to be the most suitable location. At the Maas and in the vicinity of the Erasmus Bridge, a place has now been created where the initiative becomes visible. Plans for a future redevelopment and possible greening of Willemsplein are not yet concrete. That is why it is too early at this location for a definitive object as a monument. Rewind, Rotterdam's first circular seating furniture for the public space was already built in 2012. Architect Césare Peeren was asked to mark the seating object again. The concrete anchors with the associated windmill blades thus got a different appearance. The painting of Mr. June marks the presence of the LGBTQI + community, now and in the future. The object, which consists of 90% recycled material, enters its third life for the LGBTQI + community. Click here for a complete picture report of the project.

David Louf (1985) has been operating under the name of Mr. June active as an artist, street artist and graphic designer. At the age of 1971, he was part of the hip hop movement and acted as a breakdancer. After studying at the Utrecht School of the Arts, he quickly made a name for himself as a graphic designer. The freedom of the street turned out to be more attractive and he has been one of the most famous street artists for quite some time. Worldwide, he has provided buildings, floors and facades with optical patterns. Via Césare Peeren, architect at Superuse Studios, he was introduced to a group of Rotterdammers from the LGBTQI + community, the initiators of the monument for sexual and gender diversity.

Césare Peeren (1968) is an architect. In 2012 he founded the architectural firm Superuse Studios together with Jan Jongert. The agency makes designs of buildings and utensils from residual material. They also advise municipalities and companies on the recycling of waste. In the Netherlands, 200 windmill blades are brought to landfill each year for incineration. Wicks are made of a plastic composite that cannot be recycled. Superuse Studios designs urban furniture from this structural waste stream under the name Blade Made. Until now, this led to a seating object, two playgrounds, one of which in Rotterdam, a bus stop and a pedestrian bridge. The concrete blocks to which the blades are attached consist of 70% recycled concrete granulate from Rotterdam demolition projects.