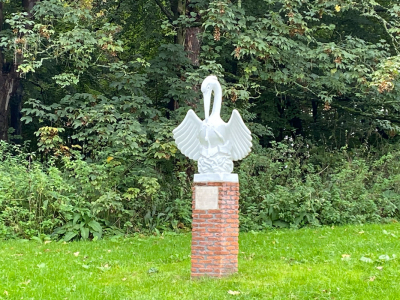 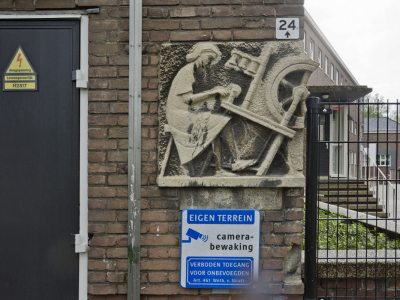 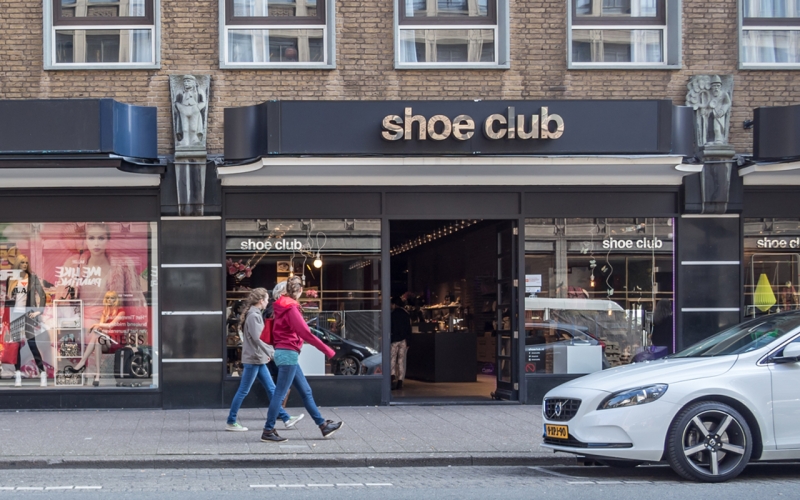 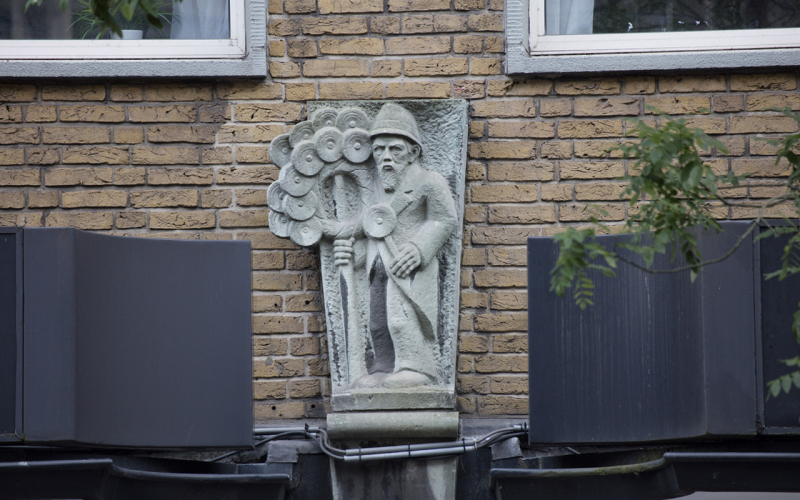 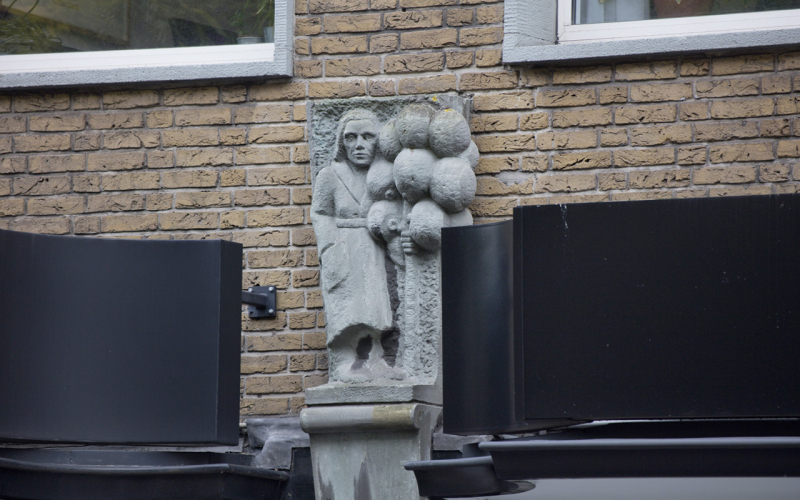 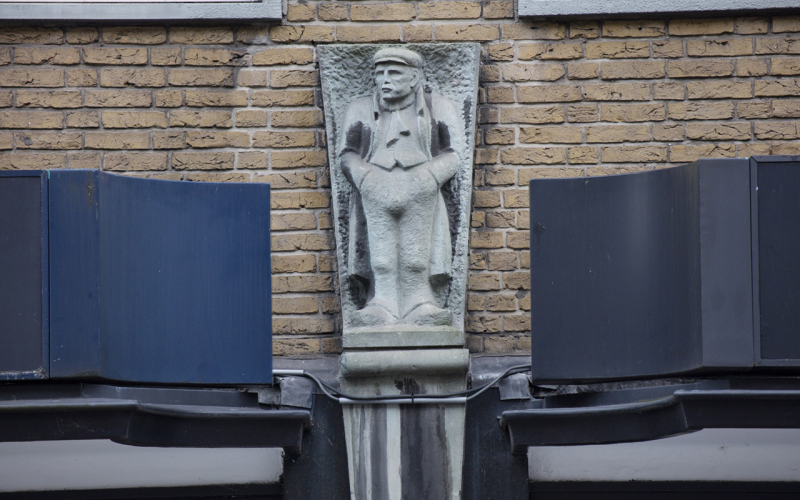 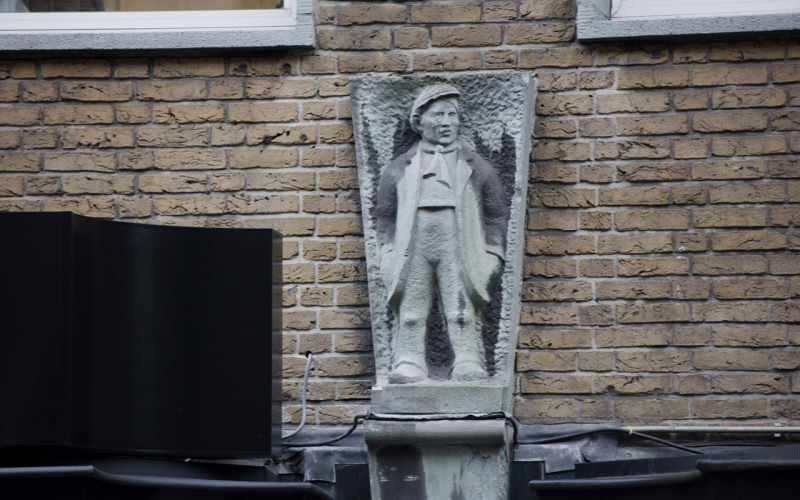 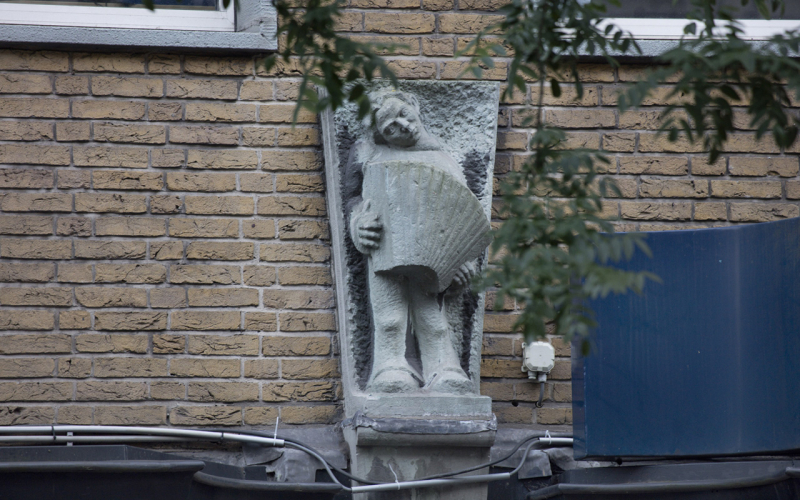 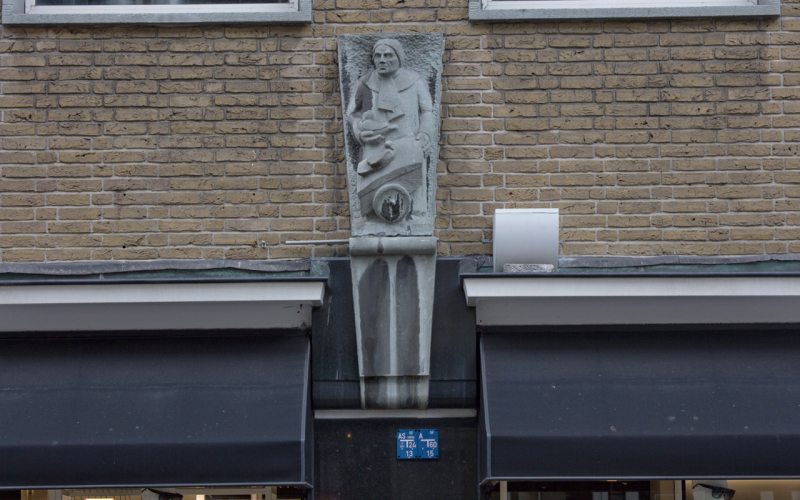 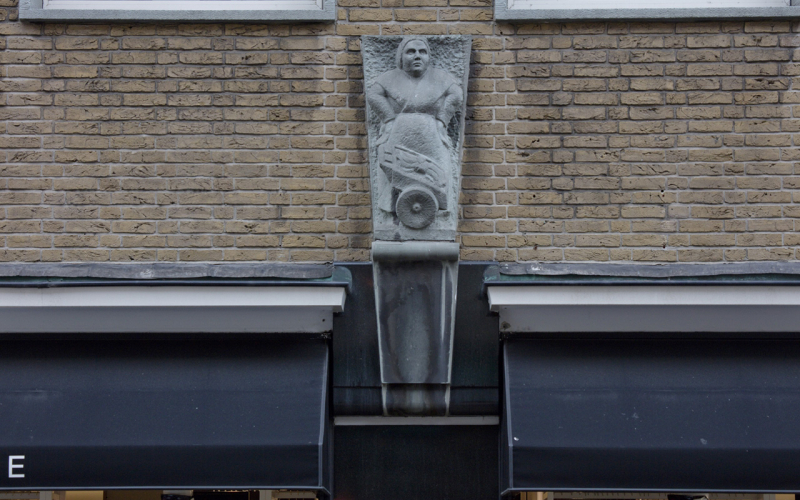 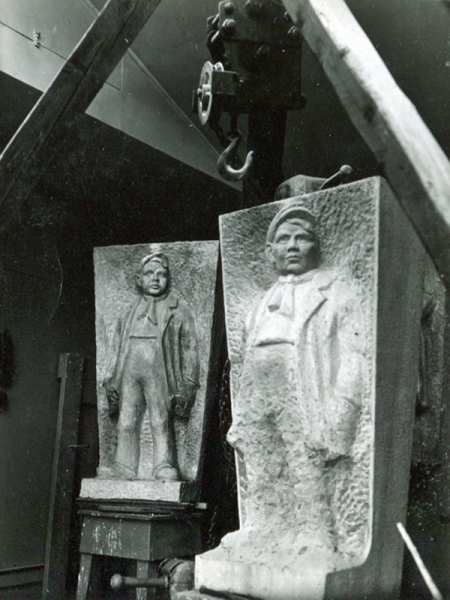 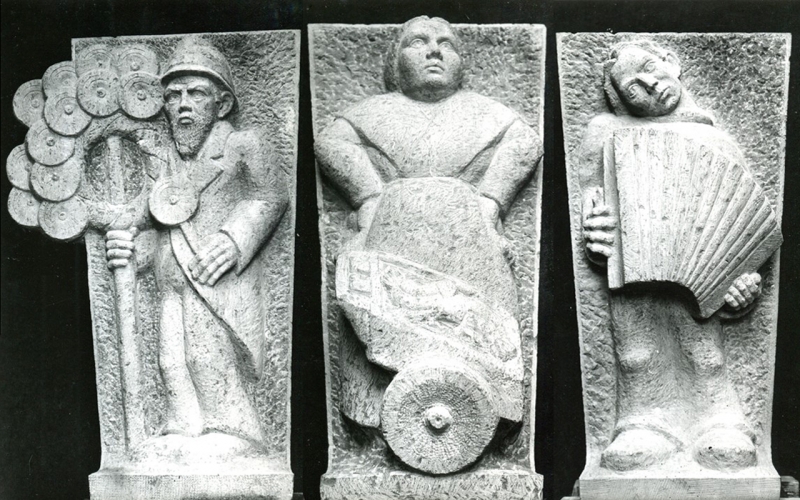 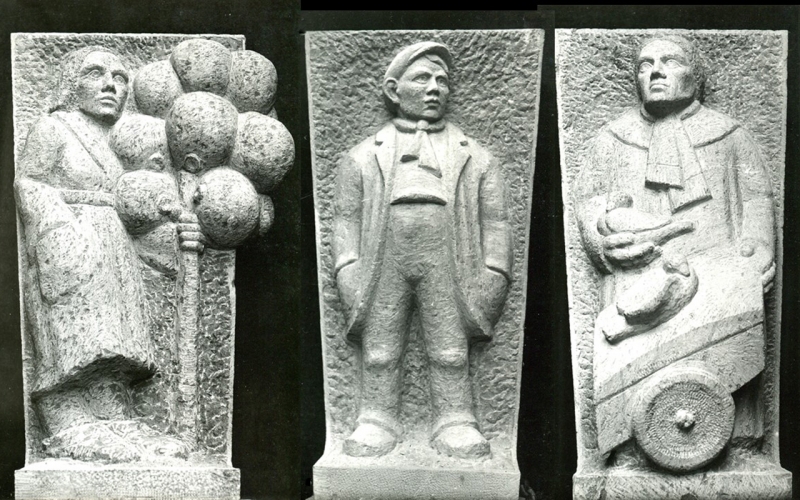 After the bombing, the reconstruction of the city started immediately and artists and sculptors were involved in these reconstruction work. In 1941, the Rotterdam architect Jan Hendriks commissioned the Rotterdam sculptor Johan van Berkel to create a series of façade sculptures for the Minerva House on the Meent. Van Berkel immortalized striking victims of the bombing. These 'Rotterdam street figures' consist of the Balloon lady. Then Pigeon female (who scattered food for the Laurenskerk pigeons for years), the Fishwoman, Harmonica player, Boefje, Boat Worker and the Little man with the paper mills. These were figures who had given color to the streetscape of the pre-war city center. These popular figures also refer to the demise of the old slums in the city center, where poverty, crime, prostitution and alcoholism had been rampant. Incidentally, that loss was not the result of the bombing. Because the city council had already started the demolition of the slums and the restructuring of the city center before the war. These seven facing bricks form together with The community workers (1941) from Koos van Vlijmen and The architect (1940) en Fleeing woman and child (1940) from Han Richters to the sculpture group of the first war memorials in Rotterdam.

Johan van Berkel (1913-1956) was a Dutch sculptor. Between 1927 and 1937 he learned the art of sculpting in the evening classes at the Academy of Visual Arts and Technical Sciences in Rotterdam. He was a plasterer during the day and later taught at a technical school. He was described as a promising artist at the time, but he died at a relatively young age.