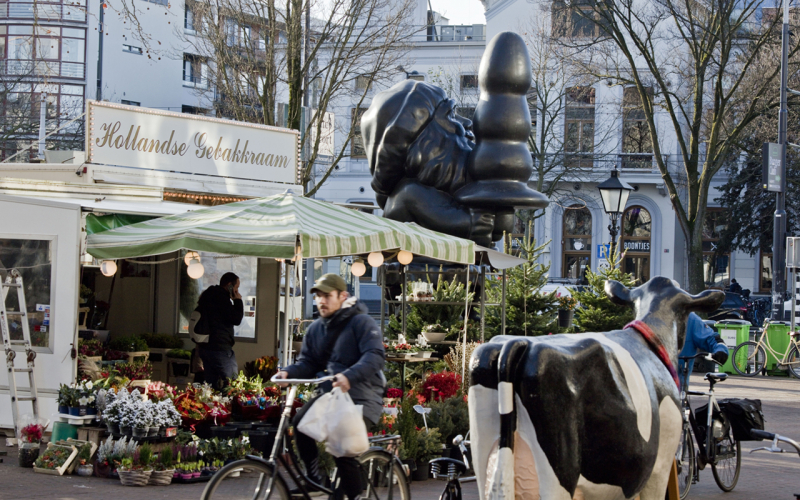 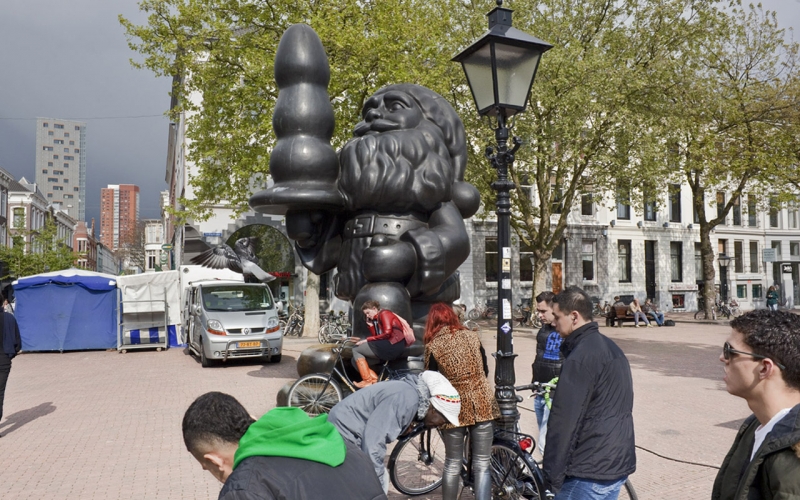 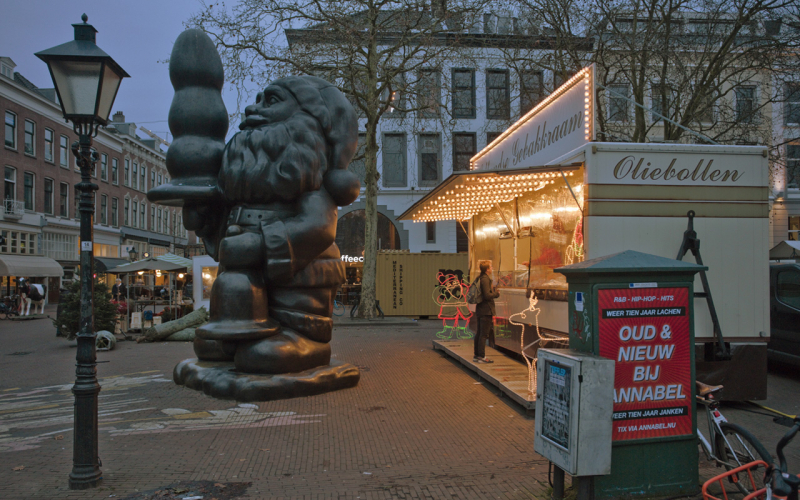 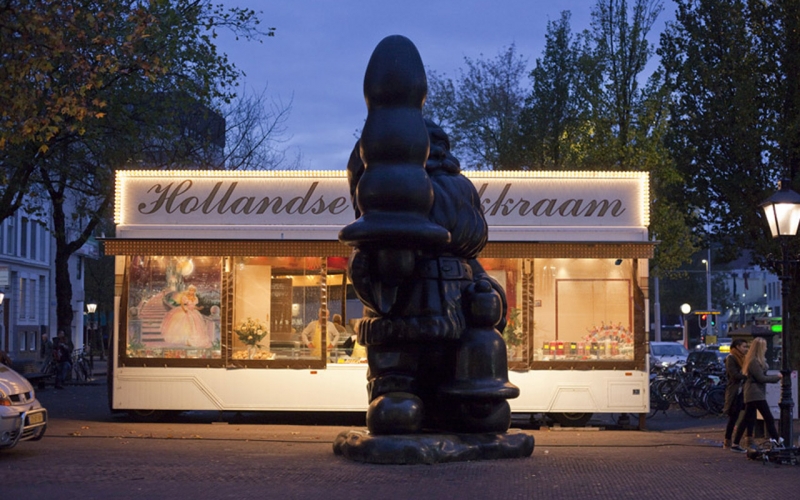 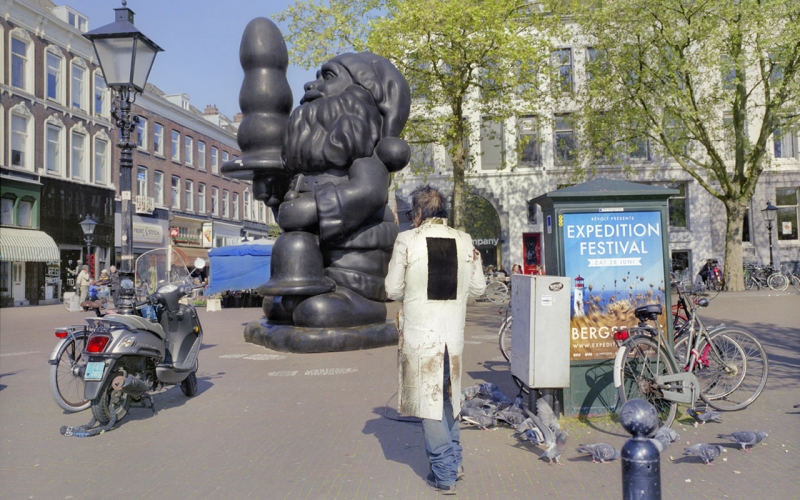 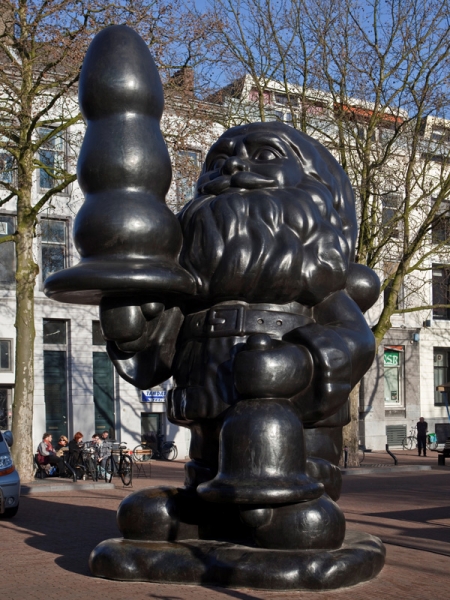 Artist Paul McCarthy knows better than anyone how to portray the hypocrisy of modern society. Santa Claus is therefore an ironic criticism of the consumer society. It is a critical note that fits in with McCarthy's oeuvre. Because of his design, he combines 'high' with 'low' culture. The statue was to be placed on the corner of the Kruiskade and the Karel Doormanstraat near the De Doelen concert hall. Quite a bit of commotion arose around the image, when the purchase in February 2003 was approved by the College van B&W. Political parties Liveable Rotterdam and the ChristenUnie / SGP wanted to blow off the picture. The location of the statue, initially prominent in the middle of the city, remained uncertain for a long time. The newspapers were full of articles and letters from proponents and opponents of the work of art, now popularly known Buttplug gnome was named. Until a definitive location was found, the statue stood in the courtyard of Museum Boijmans Van Beuningen for a few years. In November 2008 got Santa Claus finally its permanent place on the Eendrachtsplein. The statue has become a well-known Rotterdam symbol. Santa Claus appears regularly on flyers and in photos of the city. This beloved Santa is photographed hundreds of times a day, as can be seen from the place on his shoe. For more information: Sculpture International Rotterdam.

Paul McCarthy (Salt Lake City, 1945) is an internationally renowned artist who lives and works in Los Angeles, California. His work is about the American visual culture and mass consumption society, about which he is very critical. But European art and thinkers such as Beuysz, Beckett, Wiener Aktionisten also influence his visual language. He works a lot in installation form and with (sometimes inflatable) sculptures.